Rules of engagement and remaining civil in an uncivil world 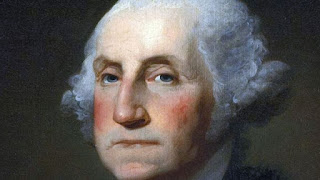 Can we befriend civility and decent behavior?


Before his sixteenth birthday, George Washington, the first president of the United States, had copied out by hand, ‘110 Rules of Civility & Decent Behavior in Company and Conversation,’ according Foundations Magazine.
“They are based on a set of rules composed by French Jesuits in 1595. Presumably they were copied out as part of an exercise in penmanship assigned by young Washington's schoolmaster. The first English translation of the French rules appeared in 1640, and are ascribed to Francis Hawkins the twelve-year-old son of a doctor,” said the magazine in 2013.
The rules proclaim respect for others and in turn offer us, as a group, the gift of self-respect and heightened self-esteem.
I have been thinking about that considerably lately, as I have attended local meetings in which, on occasion, the rules go by the wayside. And civility takes a back seat in the corner of the room as chaos rules the day. The meetings become less than productive.
I have seen similar regressions at town board meetings, political debates, and even the occasional newspaper staff meeting.
And when I take a look to national news and political affairs, the divide that separates us sometimes appears to be great, if not insurmountable. But behaviors might be, at best, ranked as sub par.
Richard Brookhiser, in his book on Washington wrote that "all modern manners in the western world were originally aristocratic. Courtesy meant behavior appropriate to a court; chivalry comes from chevalier – a knight. Yet Washington was to dedicate himself to freeing America from a court's control. Could manners survive the operation? Without realizing it, the Jesuits who wrote them, and the young man who copied them, were outlining and absorbing a system of courtesy appropriate to equals and near-equals. When the company for whom the decent behavior was to be performed expanded to the nation, Washington was ready.”
Before Washington’s time, figuring out how to be civil in uncivil world, was always a challenge.
The ancient Romans called it pugna veborum, or “the battle of words.”
As Ron Chernow of the Wall Street Journal pointed out however, even the founding fathers of our country insulted each other, on occasion.
“[Thomas] Paine even wondered aloud whether Washington was 'an apostate or an imposter; whether you have abandoned good principles, or whether you ever had any.'”
Chernow explained, “Such highly charged language shouldn't surprise us. People who spearhead revolutions tend to be outspoken and courageous, spurred on by a keen taste for combat.”
Samuel Adams' “Vindex” letters, anonymously written to Boston newspapers before independence, stand out for their complete lack of civility, notes Thomas R. Eddlem from The New American.
Adams, who was partner in his family’s malthouse and hailed from a long-line of maltsters, knew how to produce ingredients for great beer, and in some corners, is credited with the fomentation of the American revolution.
Thomas Jefferson had pardoned pamphleteer Joseph Callender after he had been arrested and imprisoned under the Sedition Act during the administration of John Adams. But that didn't stop Callender from attacking Jefferson as a tool of the French revolution and alleging (probably accurately) that he had fathered a child out of wedlock with his slave Sally Hemings.
What has developed, over time in America, is an ability to shut up and listen.
To give others a chance to at least state their opinions, whether we roll our eyes or not.
Positive contact between groups improves our chances for cooperation and provides a forum for less demonization of those with whom we differ. We also have a better chance in that instance of finding common ground.
I can’t tell a lie. If Washington, and his 110 or so rules can help us from a descent into chaos, I’m all for it. Civility and decent behavior, in company and conversation, could easily be our friend.
Posted by ___ Restless Native at 2:10 PM