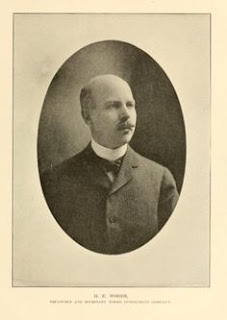 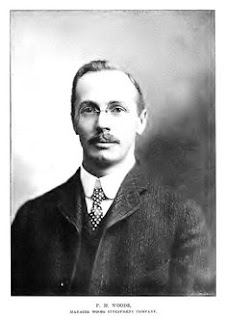 By Rob Carrigan, robcarrigan1@gmail.com
The city of Victor, was founded in 1893 by the Woods Brothers and named for Victor Adams who fathered the town of Lawrence, southwest of Victor on Wilson Creek in 1892. The Woods Brothers made their original fortune with the Gold Coin Mine in Victor, which they discovered while digging a basement for a hotel. With some of their fortune they built mansions in Colorado Springs on Wood Avenue and other Cripple Creek district miners followed suit to create a “Millionaires Row” that is still partially intact today.
Despite many other impressive projects in the district, Warren, Harry and Frank Woods’ largest project was probably the power plant that supplied Victor, Cripple Creek and Pueblo with hydroelectric power. Impressive, because such projects are measured against the founding of the town itself, the development of the Gold Coin, United Mines Transportation Tunnel, and other mining interests and the foundation of the First National Bank of Victor and the Golden Crescent Water and Light Company. Southern Colorado Power Company and is a descendant of Pikes Peak Power Company.The company was formed on Sept. 2, 1899 and was located on Beaver Creek, according to an article penned Kenneth W. Geddes for Pikes Peak Westerners Posse in 1979.“All in all, eighteen miles of stream were covered. The area is some of the most rugged, inaccessible terrain in Teller and Fremont Counties, and the streams are noted for extreme differences in elevation in short distances,” wrote Geddes.Original plans contemplated the construction of a dam and three power stations but only the first was ever built and operated. Geddes says that no expense was spared in the construction of the dam and plant and it involved, among other things, the building of its own railroad and the blasting off of an adjoining hilltop with a car of powder. Also the cable car was the only means of accessing the plant other than climbing.“A trip on the Short Line might bankrupt the English language, but it was almost a prairie run in comparison to the Skaguay cable car trip,” noted Geddes. “The isolation from the outside world created a real life Shangri-La.”
Posted by ___ Restless Native at 6:31 PM

I spent much of the last week or so writing some of their story for the Victor Heritage Society website regarding the Gold Coin Mine. What a rich history. It's just too bad their Empire did not flourish.