For us, or again' us, power comes from within us 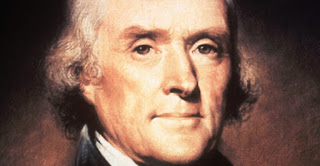 How much do you trust journalists?

If you asked most folks, ‘how much do you trust journalists?’ And then, asked them to rank the profession, we would come in almost at the bottom, down there, near politicians. Truth be known, I’ve seen such surveys but I don’t agree. Because pollsters did the work on those surveys, and their credibility is down there in the sewer, with journalists and politicians.
It is not that I don’t think people are telling them that, but ever an optimist, maybe they don’t mean it.
“I feel a little bit like an expatriate in the sense that I came from the newspaper country, the news country, and I am wandering around unbeknownst to the citizens of the larger economy,” notes Matt Storin, former editor of the Boston Globe and the New York Daily News, Maine Times, and U.S. & World Report. “When you hear what people think about the press, it is discouraging. Maybe their expectations are too high, even unrealistic. The person who hasn’t been inside the tent vastly misjudges the amount of morale debate that goes on in every newsroom that I’ve ever been near,” he said, and I personally agree with that assessment.
This week in Time Magazine, editor Nancy Gibbs mentions that during the campaign of 1800, an opposition newspaper warned that if Thomas Jefferson were elected President, ”murder, robbery, rape, adultery, and incest will be openly taught and practiced … the soil will be soaked with blood, and the nation black with crimes.”
Still, Gibbs observed, Jefferson argued that given a choice between a “a government without newspapers, or newspapers without government,” he wouldn’t hesitate to choose the later.
“Two hundred and forty years since the founding of this country, a free press remains democracy’s killer app,” says Gibbs.
Others have long touted a Jeffersonian view of the news business.
“We have to do what Jefferson wanted us to do, which is inform ourselves,” says William Hearst, III, onetime publisher of the San Francisco Examiner and the Los Angeles Herald-Examiner. “People sometimes talk about the media like this: ‘Here I am. I’m the viewer. There is something coming at me and it’s wrong. And I’m a hopeless victim of its wrongness.’ I have never met anyone who watched television that way. Or read a newspaper that way. Everybody I know watches it and says. ‘What a bunch of bull,’ or ‘I like that guy.’ So there is this continuous filter of ‘I accept it, I don’t accept it.’ which supersedes the authority.”
But always, practitioners of the craft, must exercise caution.
“People don’t see what you think they see. They see what they think they saw. There is an emotive content to vision, to hearing, to all aspects of our lives that you must take into account, and it is very hard to. You need, in our business to have an empathetic imagination so that you can understand the way the message will be received, in addition to the way it is sent,” said Dick Wald of Columbia University School of Journalism and former president of NBC News, VP of ABC News, and managing editor of New York Herald Tribune.
Like no other time in history of the world, however, more options for media exist. You have choices on who, and what, you chose to believe. More fragmentation of message, more channels, more partisan, more people calling themselves journalists, more, more, more.
But the press job has never been to tell people what to think. It is, and always has been, to offer enough information to make decisions for yourself. Putting the clamps down on us, dismissing what we do find out, trying to spin something said into something it is not — all are enemies of not only journalism and a free press, but of our democracy.
We rely on the best of our readers and their own curiosity and decision-making processes.
I trust in that power of the press to carry us forward, for at least another 240 years.