Joining the club, for 107 years 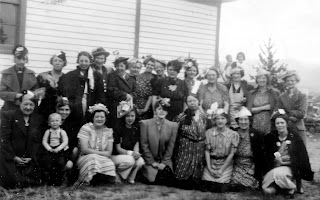 By Rob Carrigan, robcarrigan1@gmail.com
Not many local clubs can trace their origins back 100 years. One club’s history stretches back farther than that.
On Feb. 3, 2011, Monument Homemakers started their 101st year with new officers with a new slate of officers: Irene Walters and Jean Sanger as Co-Presidents, Jo-Anne Reed and Beck Harley as Co-Secretaries, and Elaine and Beverly Wells as Co-Treasurers.
Monument Homemakers’ Club still meets the first Thursday of each month, at the Tri-Lakes Chamber of Commerce building on 2nd Street.
“It is the oldest and still active organization in Monument,” noted long-time member and Historian Lucille Lavelett, as early as 1975.  That was 42 years ago now, and it still is.
“The club history dates back to 1910. At that time it was composed of farmers and their wives and was known as Farmers Institute. In 1917, it was still a farmers’ club but under a county agent and Extension club leader. They had all day meetings twice a month,” wrote Lavelett in several local histories.
“In 1939, the great loads of grain and potatoes that were once shipped from Monument had vanished. At that time, it was entirely a cattle-raising and dairy country, therefore the men were not interested in Agriculture clubs and it became a ladies’ Homemaker club,” she said.“The homemakers’ club was the only active civic organization in Monument for many years. When Nancy Williams was president, the club had one hundred members. It always sponsored boys and girls 4H clubs, Boy Scouts and Girl Scouts, helping the churches, school, and the Town in any way that was needed,” according to Lavelett many years ago.
According to a club history produced to celebrate 100 years of activity in 2011, the club has met in a number of locations over the years. Remarkably, some of those locations still exist.
“The club met in the Inez Johnson Lewis building (Big Red) for several years and later in the Presbyterian C.E. Building (on Highway 105, formerly serving as Tri-Lakes Chamber of Commerce office.)
“In 1943, then Lt. Governor (Eugene) Higby, gave the club a 50-year-old building, which had been the Woodmen’s Hall, and he was using to store hay. Now we really had to make money and labor hard to make the building usable. The Town Board gave $200 with the stipulation it could hold meetings there (one member said she would marry them for that,)” according to Homemaker Club history.
“In 1965, the deed for Monument Extension homemakers club building was handed over to Mayor Bodinger with the understanding that we would always have free use of it. When the building was demolished in 1977, we moved back to the C.E. Building and met there until the new Town Hall was built in 1980. At that time they bought the refrigerator, stove and half of the dishwasher for the kitchen,” according to Homemaker’s records.
They continued to use that facility through the time it housed Town Hall, Tri-Lakes Fire District, and now Tri-Lakes Chamber of Commerce.
“Some of our more recent projects have included: donations to Tri-Lakes Cares programs, the Lewis Palmer High School choir program, Trampled Rose organization that helps women and children in Ethiopia, and Christmas gifts and Elder boxes for Native American tribes in South Dakota,” says Linda Case, who is a third-generation Homemaker. Her grandmother was in the club starting about 1965, and her mother was also a club member in 1970s.  She has been a member since some time in 1990s.
A few members have belonged to club for more than 50 years. 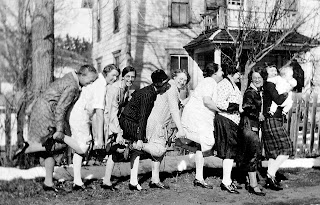 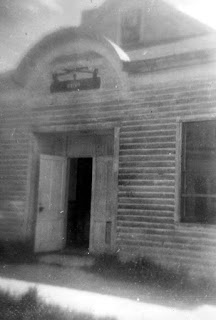 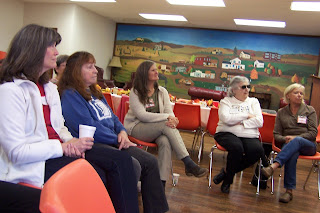 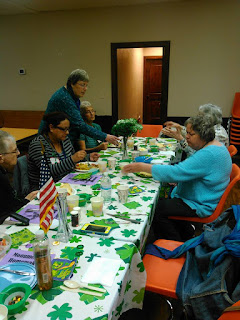 Photo information:
3. Woodmen’s Hall was home to homemakers in the 1940s and 1950s.
4. Members of the current Homemakers club enjoy a history program in the former town hall.
5. The next scheduled Homemakers event is the March St. Patrick celebration.