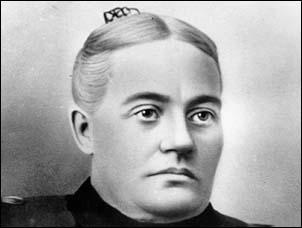 Adeline Hornbeck: Cut the hay from the native grass and had a herd of over 100 cows, as well as horses, pigs and poultry.

By Rob Carrigan, robcarrigan1@gmail.com
She married in 1858 at the age of 25.

Her first husband, Simon A. Harker,  a clerk in the office of Adeline's brother, an Indian trading post located in now what is the state of Oklahoma.
Simon Harker filed a claim for 160 acres under the new Homestead Act, but his claim was contested. and ended up with 80 acres. In 1861, the family moved to a point north of Denver along the South Platte River. Simon died in 1864, partly as a result of the Cherry Creek flood, leaving Adeline with three small children.
Adeline purchased the 80 acres two years prior to "proving up" the homestead. She then married Elliot Hornbek and to them a son was born. It is not certain what happened to Mr. Hornbek, but by 1875, he had disappeared.
In 1878 at the age of 44, Adeline Hornbek moved to the Florissant Valley on land that was to become part of the Florissant Fossil Beds National Monument.
According to Colorado historian Kenneth Jessen,
"On her land, she had native grass, water and timber -- ideal for ranching. She cultivated two acres for potatoes and vegetables. She cut the hay from the native grass and had a herd of over 100 cows. She also had horses, pigs and poultry. While raising her four children, she found time to work on the Florissant School Board and at a local store."
At the age of 66 she married for the third time to the much younger Frederick Sticksel, a German immigrant who was working for her.
Adeline Warfield Harker Hornbek Sticksel died five years later. Her children stayed in the Florissant area, and son Elliot Hornbek became a deputy sheriff in Rio Blanco County. 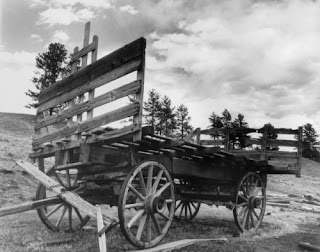