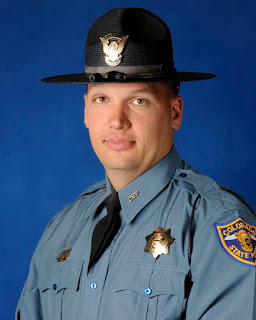 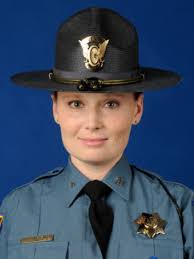 Last year, Noe Gamez-Ruiz, who was driving the truck that hit and killed Colorado State Trooper Cody Donahue near Tomah Road on I-25 on Nov. 25, 2016, appeared at hearing for charges including a recently added felony charge of criminally-negligent homicide. He pleaded not guilty in June, and a trial was set for November, which was delayed.
For the the first year through Nov. 20, 2017, of the "Move Over" law, troopers ticketed 2,269 drivers, according to patrol records. Patrol spokesman Joshua Lewis said then that troopers were strictly enforcing the law and some drivers were still ignoring it.
According to original arrest affidavits, Trooper Donahue, an 11-year patrol veteran, husband, and father of two, was investigating a non-injury accident on northbound I-25 south of Castle Rock with fellow state trooper Matthew Normandin, on Nov. 25, about 10 minutes before 2 p.m.
Both troopers were in marked cars on the side of the road with patrol lights on, according to an arrest affidavit. Normandin, who was sitting in his vehicle, told investigators he saw Donahue "standing at about the middle of the wrecked vehicle" when he saw a truck "cross the solid white fog line" and hit Donahue. Normandin said he immediately knew Donahue was dead.
Gamez-Ruiz pulled over and remained on scene until emergency personnel arrived, according to the sheriff's office. Authorities reviewed video from Gamez-Ruiz's truck and from Donahue's patrol car and determined he did not change lanes to avoid the stopped patrol car.
Gamez-Ruiz next scheduled court appearance is a pre-trial conference on March 3.
A little more than a year earlier, on the evening of Nov. 15, 2015, Trooper Jaimie Jursevics stopped her patrol vehicle on the inside shoulder of I-25 south of Castle Rock in an effort to protect the scene of a previous crash being investigated by a fellow Trooper.
Jursevics was notified of a possible drunk driver headed southbound on I-25. Jursevics called the reporting party and learned the suspect vehicle was approaching her location. Jursevics immediately began attempts to flag down the suspect vehicle from outside her patrol car. Moments later, the reported drunk driver collided, killing her instantly.
“(The caller) could see the female trooper shining a flashlight toward the ground in the number one lane of the highway,” the affidavit states. “It appeared that Trooper Jursevics was attempting to direct the (possible DUI) vehicle to the side of the highway,” according to incident information from the State Patrol.
However, the vehicle the drunk driver was allegedly driving did not stop or pull over. The witness reported seeing the trooper’s flashlight fly through the air when she was struck.
Still on the phone with Jursevics, the caller heard her scream as she was hit by the oncoming car. The suspect vehicle fled the scene but was apprehended by the Palmer Lake Police Department approximately 15 miles from the crash scene. The suspect was taken into custody and charged with vehicular homicide, leaving the scene of a fatal crash, driving under the influence and several other offenses.
Prosecutors said that after hitting the trooper, Eric Peter Henderson, a retired colonel with the U.S. Army, tried to hide evidence, including bottles. His blood-alcohol content was estimated at 0.199 percent at the time of the crash, nearly four times the legal impaired limit of .05 for drivers in Colorado. Reports stated that he was still legally drunk more than five hours after the crash.
The trooper left behind a husband and infant daughter.
In June, 2016, Henderson was sentenced to eight years in prison after pleading guilty to vehicular homicide while driving under the influence and tampering with physical evidence, both felonies.
Colorado Revised Statute 42-4- 705(2) requires all drivers approaching or passing a stationary authorized emergency vehicle that is giving a visual sign by means of flashing, rotating, or oscillating red, blue or white lights or a stationary towing carrier vehicle that is giving a visual signal by means of flashing, rotating, or oscillating yellow lights shall exhibit due care and caution by moving over at least one lane if possible. If moving over a lane is not possible, drivers should greatly reduce their speed when passing.
In an effort to raise awareness of Colorado’s “Move Over” law, several agencies committed to continuing education and enforcement efforts through at least the first quarter of 2017, identifying these efforts as “Operation 1 Charlie 3,” in honor of Trooper Donahue.
Pre-planned dates for this operation were identified, and all agencies throughout the State of Colorado were encouraged to participate in this operation.
The first day of this operation, Jan. 25, 2017, when Teller County Sheriff’s office participated with thirteen agencies throughout Colorado, they had 32 traffic stops for violation of this law, while 24 citations and eight warnings were issued. The enforcement took place on U.S. 24 between Woodland Park and Divide, and Colo. Hwy. 67 between Divide and Cripple Creek. 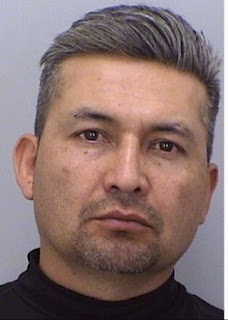 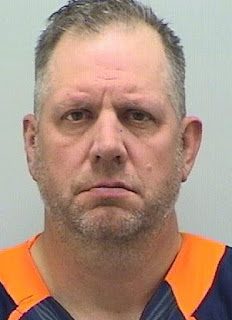