I vote because I can, and to make sure it stays that way 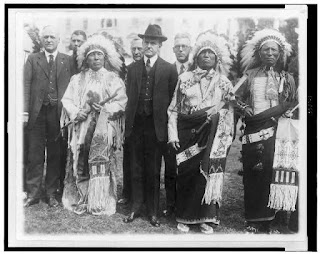 By the time you read this, like millions of Americans, you have already waded through the long list of judge retention, obscure suggested amendments, and pulled the lever (so to speak) for your choice for  running the local government, and other important races.
You don't see them as much as you once did, but certainly, you have earned that "I voted" sticker that once was popular. The incredibly long and troubling campaign season is, for all intents and purposes, over.
Your mission now, should you decide to accept it, is to reflect on why it was important.
Following is my own personal rationale.
The framers of the U.S. Constitution did not originally define who was eligible to vote, allowing each state to determine who was eligible. Early on, only white male adult property owners could vote in this country, for the most part. Not until 1856, were even all adult male white men open (without the property requirement) to the polls and five states still had poll taxes then.
In one of the more troubling aspects of American democracy, Native Americans were not recognized universally as persons until 1879, in the Standing Bear trial in Nebraska. It would be years later, in 1924, before we actually allowed that members of the tribes were United States citizens.
By definition, born within the national boundaries of the United States, those on reservations were considered citizens of their own tribes, rather than of the United States. They were denied the right to vote. In some cases, they could become citizens if they gave up their tribal affiliations after 1887, under the Dawes Act. This still did not guarantee their right to vote. In 1924 the remaining Native Americans, after preceding European settlers by most estimates by 5,000 years, finally became United States Citizens. But, many western states continued to restrict them after that.
Four United States Constitutional amendments, in particular were ratified to extend voting rights to different groups of citizens. Within these extensions, basically voting rights cannot be denied or abridged based on the following:
• "Race, color, or previous condition of servitude" (15th Amendment, 1870)
• "On account of sex" (19th Amendment, 1920)
• "By reason of failure to pay any poll tax or other tax" for federal elections (24th Amendment, 1964)
• "Who are eighteen years of age or older, to vote, shall not be denied or abridged by the United States or by any state on account of age" (26th Amendment, 1971)
I personally vote because I can, and to make sure it stays that way.
Perhaps we all should follow that lead. 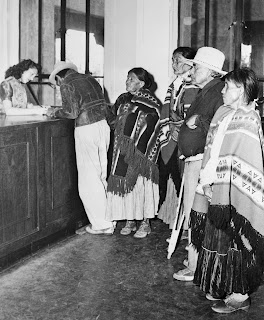