Full moon and Irish tradition in "Before Times." 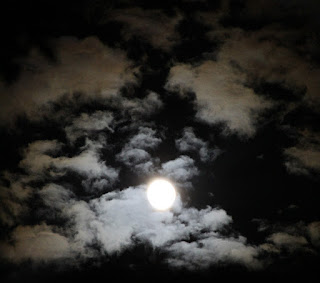 Timing in ancient cycles and preservation of circular stories

In Irish folklore, on the Celtic New Year, there is “Very simple game where a child would be blindfolded and a series of saucer/plates were placed on a table in front of them with different objects on each plate/saucer. Whatever saucer/plate they’d dip their finger/hand into, this would predict their fate for the coming year," according Wexford man Michael Fortune in "Irish Central." Fortune has worked for years in collecting such tales, not only for archival purposes but to promote the tradition of storytelling and folklore in the environment where it truly belongs - sitting in your kitchen or living room with a cup of tea in front of you.

“The objects ranged from area to area, however, a ring, clay, and water seem to be the standard three things. Although a fun thing to do there was an underlying dark tone to the game.

“It is interesting to note that ‘emigration’ was a generally accepted fate in the game,” he outlines.

Thomas Cahill, in his wonderful book "How the Irish Saved Civilization" tells the story of how Europe evolved from the classical age of Rome to the medieval era.

"Without Ireland, the transition could not have taken place. Not only did Irish monks and scribes maintain the very record of Western civilization — copying manuscripts of Greek and Latin writers, both pagan and Christian, while libraries and learning on the continent were forever lost — they brought their uniquely Irish world-view to the task."

As Cahill illustrates, so much of the liveliness we associate with medieval culture has its roots in Ireland. When the seeds of culture were replanted on the European continent, it was from Ireland that they were germinated.

Samhain (/ˈsɑːwɪn, ˈsaʊɪn/; Irish: [ˈsˠəuɪnʲ] Scottish Gaelic: [ˈs̪ãũ.ɪɲ]) is a Gaelic festival marking the end of the harvest season and the beginning of winter or the "darker half" of the year. Traditionally it is held on 1 November, but with celebrations beginning on the evening of 31 October, as the Celtic day began and ended at sunset.
The word itself, "Halloween," actually has its origins in the Catholic Church. It comes from a contracted corruption of All Hallows Eve.
November 1, "All Hollows Day" (or "All Saints Day"), is a Catholic day of observance in honor of saints. Prior to the 5th century BC, in Celtic Ireland, summer officially ended with the lunar cycles but when the Romans introduced their calendar to the Island, the celebration was shifted to always fall on October 31. The holiday was called Samhain (pronounced sow-in), which means "end of summer", the Celtic New year.

This is about halfway between the autumn equinox and the winter solstice. It is one of the four Gaelic seasonal festivals, along with Imbolc, Bealtaine and Lughnasadh. Historically, it was widely observed throughout Ireland, Scotland, and the Isle of Man (where it is called 'Sauin'). Similar festivals are held at the same time of year in other Celtic lands, for example the Brittonic Calan Gaeaf (in Wales), Kalan Gwav (in Cornwall), and Kalan Goañv (in Brittany).

Samhain is believed to have Celtic pagan origins and there is evidence it has been an important date since ancient times. Some Neolithic passage tombs in Ireland are aligned with the sunrise around the time of Samhain. It is mentioned in some of the earliest Irish literature and many important events in Irish mythology happen or begin on Samhain. It was the time when cattle were brought back down from the summer pastures and when livestock were slaughtered for the winter.

As at Beltane, special bonfires were lit. These were deemed to have protective and cleansing powers, and there were rituals involving them. Like Beltane, Samhain was seen as a liminal time, when the boundary between this world and the Otherworld could more easily be crossed. This meant the Aos Sí, the 'spirits' or 'fairies', could more easily come into our world. Most scholars see the Aos Sí as remnants of the pagan gods and nature spirits. At Samhain, it was believed that they needed to be appeased to ensure the people and their livestock survived the winter. Offerings of food and drink were left outside for them. The souls of the dead were also thought to revisit their homes seeking hospitality. Feasts were had, at which the souls of dead kin were beckoned to attend and a place set at the table for them.

Mumming and guising were part of the festival, and involved people going door-to-door in costume (or in disguise), often reciting verses in exchange for food. The costumes may have been a way of imitating, and disguising oneself from, the Aos Sí. Divination rituals and games were also a big part of the festival and often involved nuts and apples. In the late 19th century, Sir John Rhys and Sir James Frazer suggested that it was the "Celtic New Year", and this view has been repeated by some other scholars.

In the 9th century, the Western Christian church shifted the date of All Saints' Day to 1 November, while 2 November later became All Souls' Day. Over time, Samhain and All Saints'/All Souls' merged into the modern Halloween. Folklorists have used the name 'Samhain' to refer to Gaelic 'Halloween' customs up until the 19th century.

According to the Farmer's Almanc,  Halloween full Moon hasn’t appeared for everyone in all time zones since 1944.

This well-known lunar cycle was discovered in 432 BC by the Greek, Meton, of Athens. He determined that after 19 years have elapsed, the phase of the Moon will repeat on the same date. Well , not always. Because of slight variations in the Moon’s orbital period, and the number of leap days that intervene over a 19-year time span, the Metonic Cycle can be accurate only to within a day.

For more than half a century, whenever two full Moons appear in a single month (which happens on average every 2 1/2 to 3 years), the second full Moon is christened a “Blue Moon.”

Any time the Moon is technically “full” on October 31st (as it will be this year), it would also have to be a Blue Moon because the lunar cycle is only 29.5 days long.

There is an alternate definition of a “Blue Moon”—when there are 4 full Moons in a single season, the third is considered a “Blue Moon. 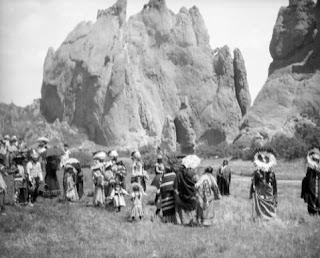