Tell you how to run your little newspaper 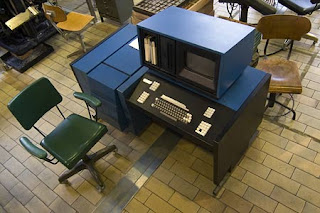 Only three things you need to know

Three was the dominant number around this place. The rural Wyoming newspaper office was really three rooms. The front room had a counter, a Compugraphic video display terminal and a nook with three light tables in a semi-circle. The dark room was just that, dark, and about three yards square. In the back room was a very large table where all the addressing, inserting and mailing occurred.
An editor, an office manager, and a parttime ad sales person put together all the local news for three towns that were collectively 33 miles apart. Each and every week, about 3,000 newspapers went out into a circulation area which overlapped into three different counties; Goshen, Platte and Niobrara.
The news was the usual fare — city council coverage, fires, accidents, arrests, school lunches, honor rolls, irrigation schedules, business briefs, service club info, and high school sports — for the most part. I had been the managing editor for about three months when this elderly character — he appeared to be a rancher — walked in to the office and leaned on the counter.
“Let me tell you how to run your little newspaper here,” he began.
“There is only three things you need to know about putting out a newspaper in this country.” And he proceeded to tell me.
The first thing, he said, is the most important. “Put something in there we are likely to read,” which seemed sort of obvious to me but I perked up my ears anyway. I tried to listen to him like he was telling me a long lost secret.
“This is easier said than done,” continued the rancher. “We have had to run off more than a few of you editors because you have a different idea of what’s news than we do.” He said too many have come into his community and “started right off the bat, trying to tell folks what is wrong with this place, and how wherever they came from, is better. They want us to know how smart they are, and offer suggestions on how to fix it.”
“We know what’s wrong with this place. We have known it for years, and for the most part, we’re not inclined to fix it. But if we did decide to work on it, you telling us to do so would certainly be counter-productive.”
“Just tell us who got caught this week, and where to meet and what time. Make sure our kids names get into the paper if they happen to do something right. Try to keep an eye out and your ears open at those government meetings nobody has time to go to.”
I get the idea, I said, but you mentioned three things. What were the other two?
“Hold your horses. The second thing, and it is important too, is to make sure the paper is delivered on time,” he said. “If it is supposed to be at the post office at such and such time, it better be there. If you usually have it in the rack over at Wilma’s by 5 p.m., don’t deviate. The first time it is late, you are going to be persona non grata for a month. Old ladies will shun you. Children will laugh and point. Grown men will turn and walk away when you enter a room. The next time it’s late, they’ll burn you and the building, string you up, shoot you, stab you, drag you behind a team of horses, and maybe even try some other bad stuff like evisceration, pulverization or decapitation. Let it happen three times, and God help you, son.”
By this time I was beginning to get nervous about this fellow’s advice and whether I might live up to the local expectations of practicing the newspaper craft. I wondered to myself if the rancher’s ideas were truly a reflection of the community, and if his warnings had any basis in fact. I also wanted to hear his last little bit of advice. So I asked him, “What’s the third thing?”
He leaned on the counter even more. “Don’t let anyone come in here and try to tell you how to run your little newspaper,” he said.