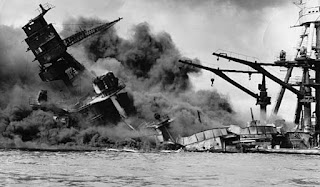 He could tell us all, about a lot of things

A little more than a decade ago, I befriended local character Jack Shippy, and he would stop by the office once a week or so, to make sure I was running the paper correctly, and offer some of his wife's crab-apple jelly, that she had made from the fruit he picked off the tree at corner of Courier office downstairs. Ever since then, I have attached great value to lessons he taught me, all those years ago. I wrote this, and it first appeared in 2003.

I suppose it is a matter of perspective.
“I’m 81-years-old and it is just too much,” said Green Mountain Falls resident Jack Shippy to me. He was talking about maintaining residence in two states.
I listen to Jack and if you ask me, “too much” is relative. If you ask him, he can tell you about a lot of things.
Shippy still drives a ‘71 Chevy Impala cross-country from Colorado to Florida.
“Last of the muscle cars,” he explains. “It has a 350 Chevy V-8 and it just floats down the highway.”
But he put his Florida home on the market and plans to stick closer to home here in the shadow of the Peak.
Shippy could tell you about things like Pearl Harbor. He was there when the Japanese Imperial Army attacked on Dec. 7,1941, bringing the United States into WWII.
But maybe its hard to speak of such things. “I get pretty emotional about it. It was terrible —our boys in the water, everything on fire, the noise.” he told me once.
Jack had joined the Navy at 16. He said he had lied to recruiter about his age. Twice, the first time when he was 15. “He told me to come back in a year. I did and I was in.”
He could also describe to you what it was like to put an airplane back together on an island in the Pacific in the complete darkness. Darkness because he knew a sniper was out there waiting for the lights to come on to take a shot.
All of the following experiences (and many more) make up his story list. He can tell you Navy test pilot tales about damaging his ears, battles with various kinds of cancer and illness, leaving Oklahoma during the dust bowl, coming to live with relatives in Colorado Springs as an orphan, working on the “bull gang” as a mechanic for Golden Cycle Mining company, trying to scratch out a living during the depression, volunteering for years in service clubs like the Lions Club and Friends of the Fossil Beds.
After retiring from the service, he could even speak in Whiskey salesmen parables of a Colorado past and of people in small towns like Gunnison, Creede and all across the state.
And he usually has a joke for us, though it is sometimes it is off-color enough that I’ll decline to retell most of them here.
Sometimes in the summer, I’m even able to trade him yellow crookneck squash for jars of chokecherry jelly that his wife makes. He threatens every year to come down and pick the crab apples off the tree outside the office window so his wife can make crab apple jelly. Nothing should go to waste.
He always has ideas. Perhaps, just by discussing it, he and I can solve the Social Security crisis or balance the budget or pick the best president to lead the country. Maybe we will chat about his newest acting gig in television commercials for the hospital or the TV commercial where he is in the steamed up car “with someone else’s wife” as he describes it.
He lets me know when he thinks I should write about the city’s arrangements with the Lions Park, or tells me to find out what they are building at the edge of town.
But what did he want to talk about today?
“The war over in Iraq makes me nervous. And all these economic problems,” he said. “I took getting knocked around in the Pacific so that my kids don’t have to go through another depression or fight another World War,” he said.
That is a valuable perspective. I trust that if you ask Jack Shippy, he can tell us all about a lot of things.