Maybe it is the coffee? 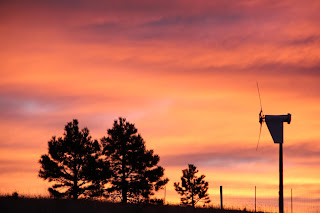 It never ceases to amaze me what gets done at the coffee shop. The problems of the world boiled down, simple concepts, philosophies, the meaning of life — solved, I think.
Mark Twain was in the corner arguing with a Chaos theorist. “Have a place for everything and keep the thing somewhere else. That is not advice, it is merely a custom,” he said.
A woman of science joined the argument. “It all distills out to a math formula,” she said. Her contemporary, Einstein disagreed.
No growth advocates, full of anti-cementism, said it was not the answer but the problem. “Oppose everything,” they suggested.
“Nattering, nabobs of negativity,” sniffed Spiro Agnew at them and the Press. The Good Ol’ Boys nodded in agreement.
The clergy had their own little sub meeting. “It’s the Holy Spirit,” suggested the bishop. “How else do you explain how 200 old men who have never met, can come together and in few days pick a Pope, a leader for life, to lead a billion-member worldwide organization that meets at least once a week.”
Representatives from the Mormons, Jews, Evangelicals, Presbyterians, Baptist, Muslims, Jehovah Witness, Buddhist, Shinto, Orthodox, Rastafarians and many other disciplines and dogma didn’t necessarily disagree — but each had their own take on it.
H.L. Mencken and Thomas Jefferson joined the fray. “He who steadily observes those moral precepts in which all religions concur, will never be questioned at the gates of heaven as to the dogmas in which they all differ,” Jefferson piped in.
“We must respect the other fellow’s religion, but only in the sense and to the extent that we respect his theory that his wife is beautiful and his children smart,” Mencken added.
From the rough side of the room came a slurred call. “Booze is the answer.”
“What about sex, drugs, rock and roll,” mumbled glimmer twin Keith Richards in barely recognizable sympathy for the devil.
The Druids, Ute Dwarfs, leprechauns and other pagans thought that was small-minded and dismissed the enormity of the issue. “Bad mojo,” offered the shaman. The designer hinted that Fung Shei may correct things.
Off to the right bantered the management crowd. Peter Drucker suggested a total quality or “TQM” approach.
“Seven habits of highly effective people,” started in Steven Covey. But someone cut him off. “Who moved my cheese,” went the interruption.
A cowboy poet and motorcycle mechanic held court over the concept of Zen.
Alan Watts joined in. “It’s a way of liberation, concerned not with discovering what is good or bad or advantageous, but what is,” he said.
Puzzled, I looked at the waitress. “Maybe it’s the coffee,” she speculated.
Posted by ___ Restless Native at 3:14 PM