One star rises in east, as storied rail sets in West 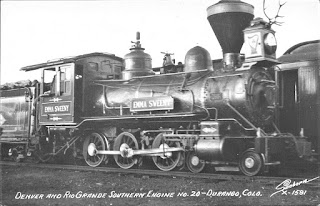 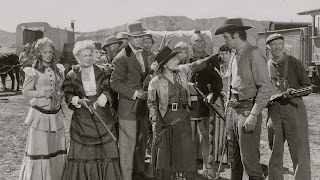 Some of the last trains on Rio Grande Southern rails were movie stars. And as new star was born, rolling stock and locomotives rolled down the track for one last time.

The 1950 American western musical comedy film "Ticket to Tomahawk," directed by Richard Sale and starring Dan Dailey and Anne Baxter was released by 20th Century Fox. Marilyn Monroe appeared in one of her earliest roles, though she was un-credited at the time of the film's release.

In the movie "Ticket to Tomahawk," the daughter of a railroad executive, Kit Dodge Jr. (Anne Baxter) is a no-nonsense gunslinger, but she finds that she could use a little help when she has to compete with Dakota (Rory Calhoun), the ruthless representative of a stagecoach company. Handsome and smooth-talking traveling salesman Johnny Behind-the-Deuces (Dan Dailey) turns out to be just the ally that she needs, as she attempts to defeat Dakota in a race that pits train against stagecoach. 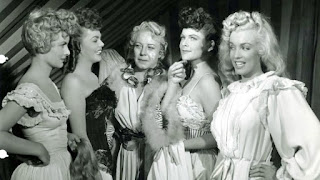 The steam locomotive that stars in the film, known as Emma Sweeny, was actually Rio Grande Southern #20, a 3-foot-gauge 4-6-0 Ten-Wheeler built by the Schenectady Locomotive Works in 1899.

To appear older, it was dressed up with a false smokestack, headlight, and various other parts. It was also given a colorful paint scheme. The scenes of Emma Sweeny running under steam were shot on the Denver & Rio Grande Western Railroad's Silverton Branch (now the Durango & Silverton Railroad) north of Rockwood, Colorado, and a shot of the train crossing a large trestle used the Rio Grande Southern Railroad's Lightner Creek Trestle. 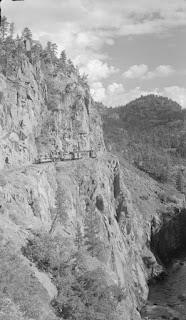 "Emma Sweeny" on the Highline.

For the scenes where the locomotive is pulled by mules while off the track, a full-size wooden replica of RGS #20 was built, as the real locomotive would have been too heavy for the mules to pull. The mules pulled the model over parts of Molas Pass and on Reservoir Hill, which is now the site of Fort Lewis College.

The wooden Emma Sweeny model was later put on display in Jackson, California, still in its Hooterville Cannonball appearance. In 2011, it was donated to the Durango Railroad Historical Society, which has restored the model to its Emma Sweeny appearance and placed it on display at Santa Rita Park in Durango.

The RGS finally threw in the towel and filed with the Interstate Commerce Comission for abandonment on April 24th, 1952, after 60 years of operation. Most of the track was pulled up by 1953.

In 2020, Rio Grande Southern #20 returned to operation, having last run in 1951. It was restored over a 14-year period and made its public debut on August 1, 2020. It is now operational and resides at the Colorado Railroad Museum. 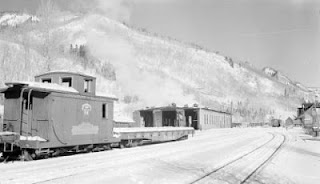 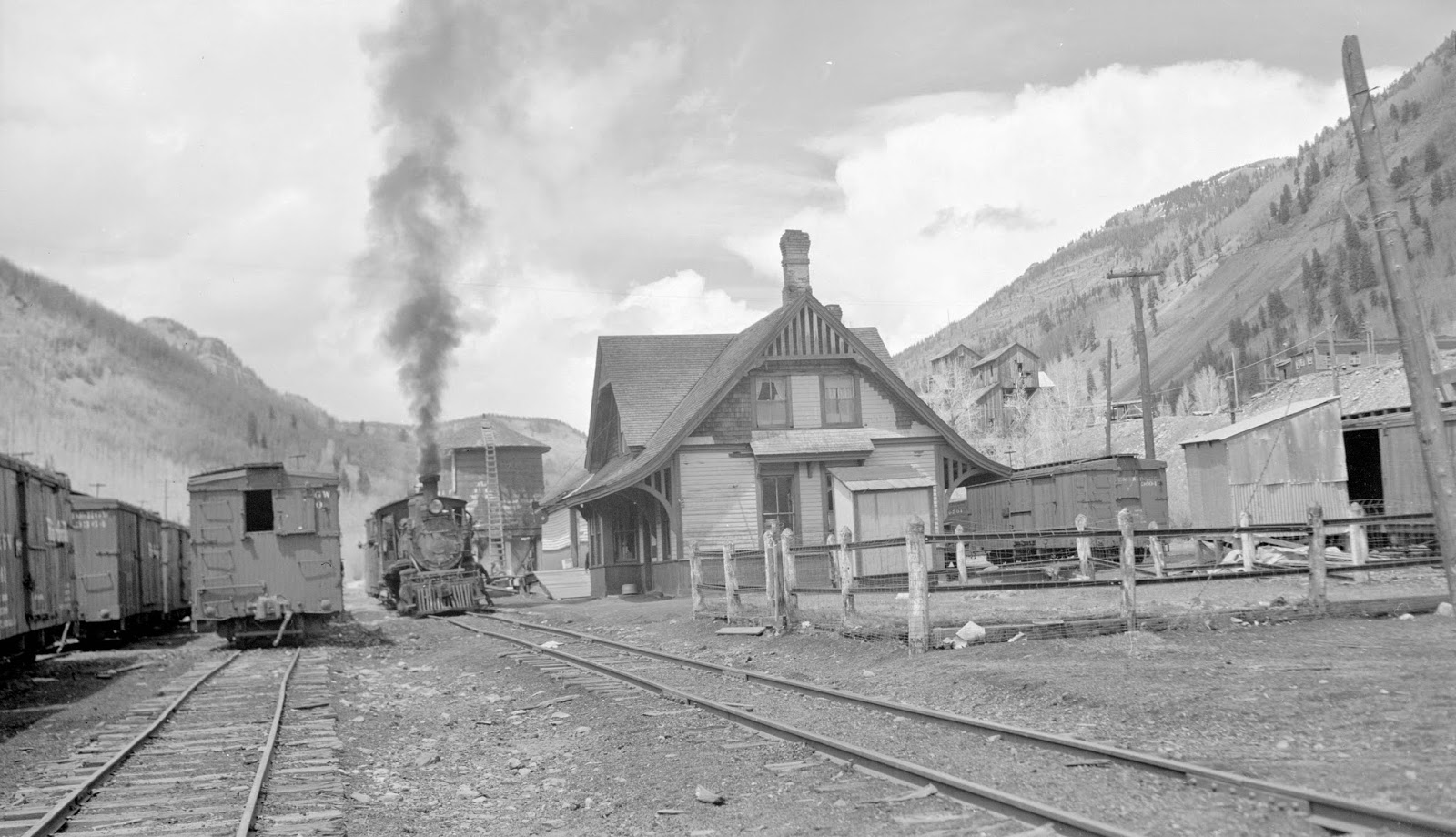 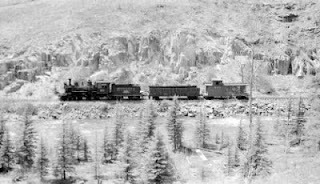 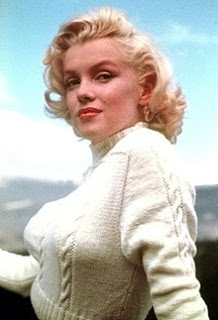 Marilyn Monroe, born Norma Jeane Mortenson; June 1, 1926 – August 4, 1962,  American actress, model, and singer became famous for playing comedic "blonde bombshell" characters, she became one of the most popular sex symbols of the 1950s and early 1960s. She was a top-billed actress for only a decade, but her films grossed $200 million (equivalent to $2 billion in 2019) by the time of her death in 1962. Long after her death, she has continued to appear as a pop icon. In 1999, the American Film Institute ranked Monroe sixth on its list of the greatest female screen legends from the Golden Age of Hollywood.