Palmer Lake as a Christmas town

Yule Log marks the way back through the years,

and forward to the future 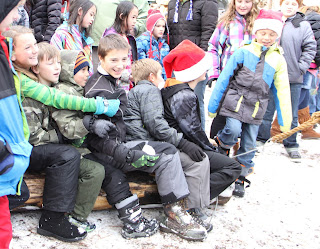 Ritual gives comfort and provides bearings to navigate a changing world. For many years, I have marveled at the Palmer Lake customs of searching for the Yule Log and the separate fanfare and ceremony of lighting the star. It truly has established the little berg as a "Christmas Town," of national and international renown.

Each year, new memories and fresh markers are formed in the hills around Palmer Lake, providing a way back on the trail to something ancient, and empowering and wonderful — all in the name of Christmas and community. 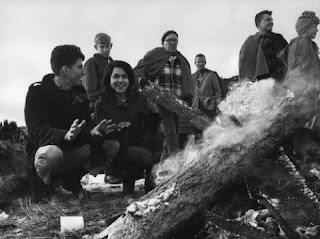 "The familiar custom of burning the Yule log dates back to earlier solstice celebrations and the tradition of bonfires. The Christmas practice calls for burning a portion of the log each evening until Twelfth Night (January 6). The log is subsequently placed beneath the bed for luck, and particularly for protection from the household threats of lighting and, with some irony, fire. Many have beliefs based on the yule log as it burns, and by counting the sparks and such, they seek to discern their fortunes for the new year and beyond," notes American folklorist Linda Watts. 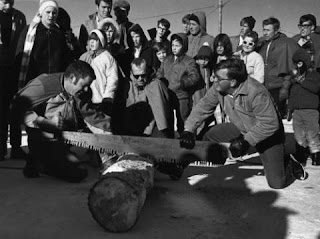 As early as 1725, Henry Bourne sought meaning and understanding ritual of the Yule log.

"Our Fore-Fathers, when the common Devices of Eve were over, and Night was come on, were wont to light up Candles of an uncommon Size, which were called Christmas-Candles, and to lay a Log of Wood upon the Fire, which they termed a Yule-Clog, or Christmas-Block. These were to Illuminate the House, and turn the Night into Day; which custom, in some Measure, is still kept up in the Northern Parts. It hath, in all probability, been derived from the Saxons. For Bede tells us, That [sic] this very Night was observed in this Land before, by the Heathen Saxons. They began, says he, their Year on the Eight of the Calenders of January, which is now our Christmas Party: And the very Night before, which is now Holy to us, was by them called Mædrenack, or the Night of the Mothers … The Yule-Clog therefore hath probably been a Part of those Ceremonies which were perform'd that Night's Ceremonies. It seems to have been used, as an Emblem of the return of the Sun, and the lengthening of the Days. For as both December and January were called Guili or Yule, upon Account of the Sun's Returning, and the Increase of the Days; so, I am apt to believe, the Log has had the Name of the Yule-Log, from its being burnt as an Emblem of the returning Sun, and the Increase of its Light and Heat. This was probably the Reason of the custom among the Heathen Saxons; but I cannot think the Observation of it was continued for the same Reason, after Christianity was embraced. …" 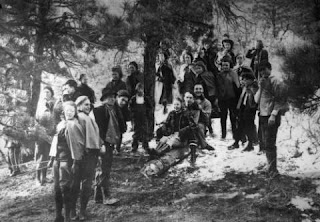 Following are some photos, particular to Palmer Lake,  I have come across over the years, and taken myself. I return to them as not only a reminder of where we have been, but as a guide to where we hope to go. 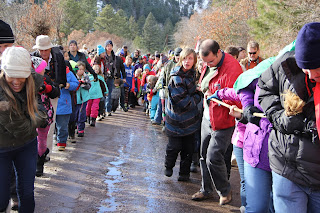 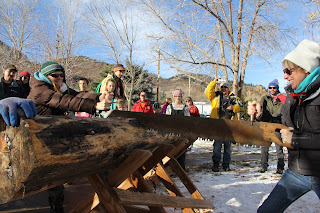 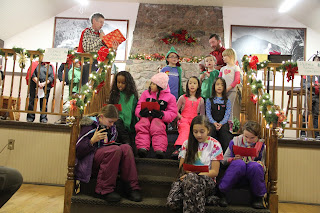 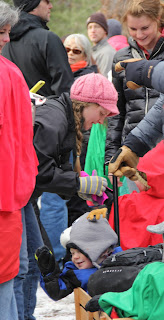 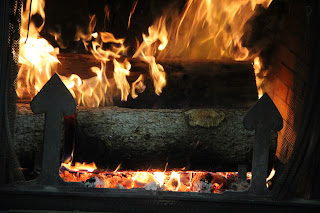 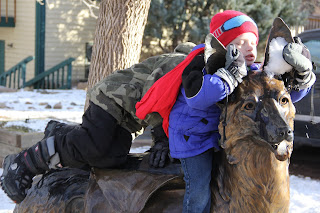 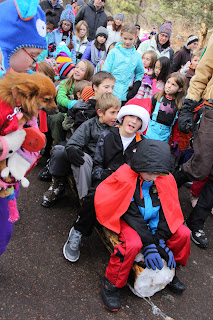 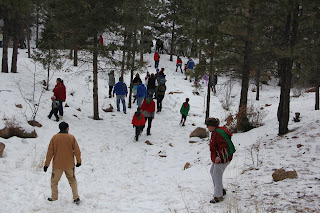 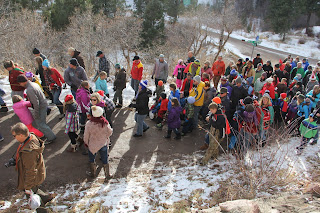 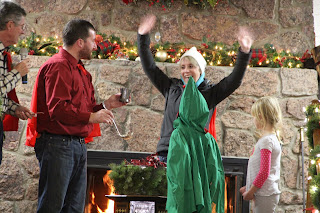