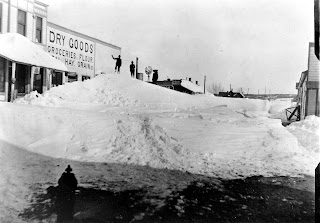 
It is time for my winter weather forecast. You are going to say, “Too early,” or something like “Killjoy,” but I like to still be in my shorts while making prognostications about open automobile ski season here on the Divide. I have been caught before. Ski Monument Hill.

After all, I was still in my shorts in October, almost 20 years ago, the day before one of the worst storms in this area in human memory. In Palmer Lake, the storm that began Friday afternoon, Oct. 24, and snowed almost non-stop until Sunday morning Oct. 26, dropped a recorded 52 inches in Palmer Lake, with drifts of 15 feet. Monument was not far behind with 48 inches recorded, and Woodland Park’s and Colorado Spring’s two feet, each, made it difficult to get around.

“The scope and length of blizzard conditions proved fatal for several eastern Coloradans. Three people in El Paso county perished from carbon monoxide poisoning after waiting for help to come in their snowbound vehicles for over 24 hours. Another person froze to death in a vehicle on post at Fort Carson in the Colorado Springs area. An elderly women in Otero County tried to walk home after her vehicle became stuck in open country. She froze to death. A man in Bent county froze to death in open country while hunting, or looking for other hunters. Another man died in a vehicle accident in Pueblo during the blizzard Friday night,” reported the National Weather Service (NOAA) in Pueblo.

“Thousands of people were stranded in eastern Colorado, and hundreds had to be rescued from their snowbound vehicles. By Saturday, the Governor declared a State of Emergency. Emergency traffic only was allowed on eastern Colorado roadways. Rescues were made by the U.S. Army in Humvees and by helicopter, the National Guard, law enforcement, other public resources, and private citizens. The combination of high wind and heavy snow caused power lines to come down,” they reported.

Partly because of the way the Orographic lift works for regions along the Palmer Divide, much as it does in all the mountains on the Continental Divide, just on a smaller (but surprising scale.)

“One of the things that makes Colorado weather so interesting is the effect our terrain has on the weather. You often hear TV Meteorologists say the mountains are getting hammered with snow while we have a warm, dry, windy day down in Denver and along the front range. This all stems from Orographic Lift… the less nerdy/technical term for this is ‘upslope’ or ‘upslope flow.’ As moisture laden air streams in from the West and is forced to rise over the mountains, it eventually cools and becomes saturated, causing rain or snow to fall. As the air moves over the mountains and down the leeward side it warms and drys out. This is a common pattern we see with Colorado storms moving in from the West all the time, but the same effect happens for cities along the Palmer Divide,” says Castle Rock stormchaser and meteorologist John R. Braddock, at Mountain Wave Weather.

The Palmer Divide, or Palmer Ridge, of course is the elevated section of land composed of bluffs and ridges and the rising terrain sloping up from Castle Rock south toward Larkspur, with continuing elevation rise, finally peaking at Monument Hill.

“It separates the Arkansas and Missouri River Basins in Eastern Colorado and roughly runs from its Western point in Palmer Lake, East roughly 80 miles to near Limon. The uplifting of the terrain in these areas causes the weather to behave differently, in fact storms can behave considerably differently from Denver to Castle Rock or Denver to Colorado Springs,” says Braddock.

But what about this year, you ask?

I am no expert, but I suggest you watch for slow-moving storms out of New Mexico. Winds moving backwards on the clock, or southeasterly, have trapped some mean storms against the Palmer Divide in my experience, sometimes for days. Albuquerque Low, I think they call it.

I also pay attention to the long range forecasts from the Old Farmer’s Almanac. After all, you can’t survive since 1792, and be wrong consistently. Here is what they say for our upcoming weather.

“Winter will be warmer than normal, with slightly above-normal precipitation. The coldest periods will be from late November into early December and from late December into early January. Snowfall will be below normal in the north and above in the south, with the snowiest periods in mid- and late November, mid- to late December, and early to mid-March. April and May will be cooler than normal, with precipitation a bit above normal.”

Probably though, I can stay in my shorts for a few more days, at least until October. 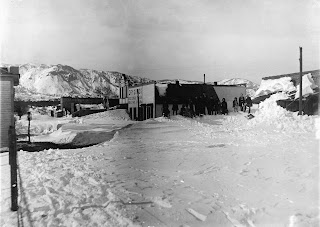 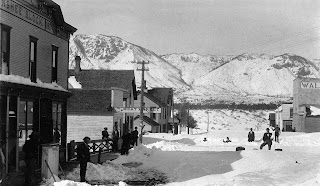 Photo Information: The winter of 1913 also had a brutal blizzard in the Monument area.