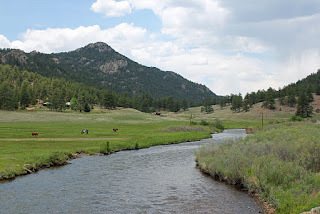 By Rob Carrigan, robcarrigan1@gmail.com
Confederate guerrillas and the state of Colorado is not a combination that instantly comes to mind. But in light of recent national concerns, I was reminded of the following.
The Adolph Guirand ranch between Hartsel and Fairplay played prominently in the only known Colorado Confederate guerrilla “attack.”
Guirand, unaware that Jim Reynolds and seven other men were in fact raiders planning to rob Colorado mining interests in an effort to help finance the Confederacy, offered the travelers a place to stay and warm meal at dinner and breakfast. The next day, however, the raiders robbed him of his horses and cash, and raped his wife, according to Ken Jessen in his 1986 book, “Colorado Gunsmoke.”
A bit later they also robbed the McLaughlin stage station after taking a local mining manager hostage and continued on a thieving and violent rampage on toward what is present-day Conifer. Word of their plunderous deeds eventually reached Denver. A cavalry unit, commanded by a Captain Maynard, set out to chase the rebels after some delay. Additionally a posse from the Breckenridge area was raised and pursued the raiders, as well.
Gunfire was exchanged between the Breckenridge posse and guerrillas on the north fork of the South Platte River near what was then known as Kenosha House.
One of the rebel band, Owen Singleterry, was killed in the exchange and the rest were dispersed without most of their equipment.
“Dr. Cooper, a member of the posse, cut off Singleterry’s head and took it into Fairplay. This grizzly reminder of the Reynold’s gang was preserved in alcohol and remained in Fairplay for a number of years,” wrote Jessen.
Reynolds and two other raiders escaped into New Mexico. Five others of the party were captured, tried in Denver and then, enroute to Fort Lyons in the company of Company A, 3rd Regiment of the Colorado Cavalry, were killed under mysterious circumstances near Russeville on Upper Cherry Creek.
But that is not the end to the story. After being shot trying to steal a horse in Taos, N.M., according to Legends of America.com, Jim Reynolds gave a deathbed account of burying treasure from his bands looting spree in South Park to another outlaw, Albert Brown, and drew a map identifying the location of that treasure.
“When they arrived at the site, they were disappointed to find that a forest fire had destroyed many landmarks.
While they found an old white hat that supposedly belonged to the decapitated Singleterry, a headless skeleton, and horse bones in a swamp, they were unable to find the rocked-in prospect hole. Brown and his partners made three more attempts to find the treasure, but finally gave up and returned home. Albert Brown later died in a drunken brawl in Laramie City, Wyoming Territory,” says Legends of America.
Brown passed on the map before he died to a Detective David J. Cook, In his 1897 book, Cook, quotes Reynold’s conversation with Alfred Brown thusly:
“Jim and me buried the treasure the morning before the posse attack on Geneva Gulch. You go up above there a little ways and find where one of our horses mired down in a swamp. On up at the head of the gulch we turned to the right and followed the mountain around a little farther, and just above the head of Deer Creek, we found an old prospect hole at about timberline. There, we placed $40,000 in greenbacks, wrapped in silk oil cloth, and three cans of gold dust. We filled the mouth of the hole up with stones, and ten steps below, struck a butcher knife into a tree about four feet from the ground and broke the handle off, and left it pointing toward the mouth of the hole.”
I know of no reports of that treasure ever being found.
Posted by ___ Restless Native at 6:20 AM