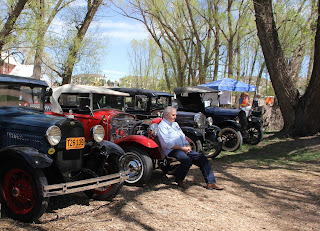 The Western Museum of Mining and Industry (WMMI) hosted the return of the annual Pikes Peak Antique Machinery Days on their historic 27-acre Reynolds Ranch, Friday, Saturday and Sunday, May 12 to May 14, with displays by WMMI, the Arkansas Valley Flywheelers, Front Range Antique Power Association, antique automobile clubs, tractor pulls, and more. A line of tractors, not seen since 2000, ran around perimeter of the grounds.

“Not a bad showing for being gone for 17 years,” said Harold Hopkins of the Front Range Antique Power Association and Arkansas Valley Flywheelers. “Pretty good, in fact, for our first year back.”

The event, which featured antique tractor pulls, unique items at the silent auction, antique engines and tractors on display, as well as the museum’s operating steam engines, was held for 14 years from 1986 to 2000, but left for complicated reasons, said Hopkins. At the height of the show in past years, he said they were able to draw 400 engines and 200 tractors. 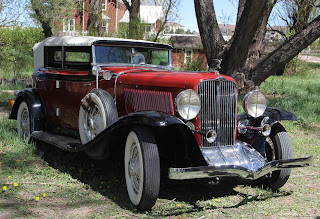 Antique cars shared the row with tractors and machines


Gene Wesback, of Franktown, has owned his orange, modified Model A for 68 years now. Since he was just 13, and could only drive around his parent’s yard. Wesback has tinkered with it.

But it was kept in pretty much the configuration as when bought it all those years ago, until he got into high school, he said.

Then, he dropped a flathead Ford engine in it, changed the wheels, modified the firewall with a chrome version, painted it. But his first car is still with him, and he likes to show off at events like the recent Antique Machinery Days at the Western Museum of Mining and Industry.

The former Air Force officer and fighter pilot, is member of Rocky Mountain Model A Club, and attended the recent event along with other antique car owners. 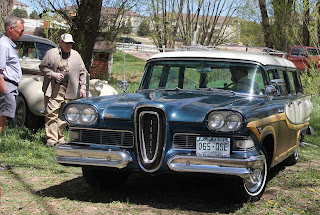 1. Gene Wesback, of Franktown, takes a shade break on the bumper of his modified Model A he has owned for 68 years now.
2. Sandy Boese, and her family gather around 1931 Auburn Phaeton, that has been a member of the family since 1966.
3. An Edsel maneuvers into place.
4. Model A peeks around the corner. 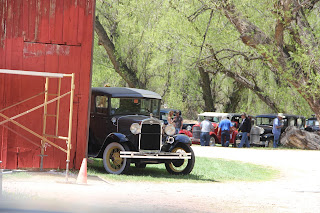 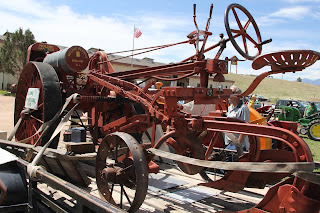 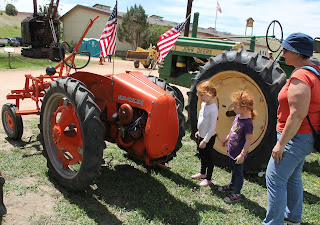 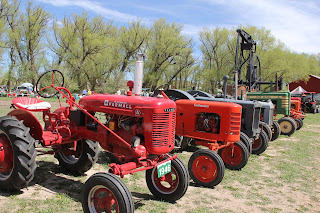 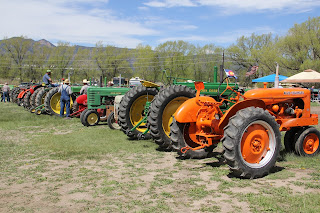 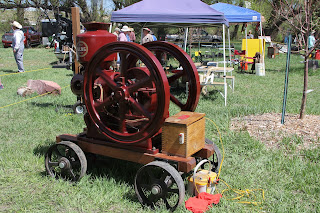 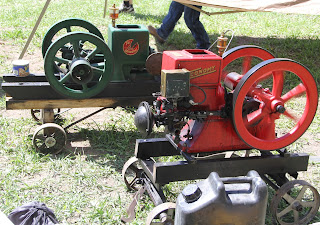 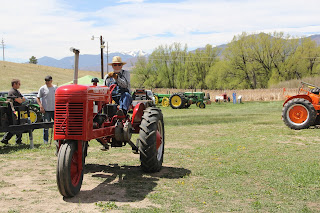