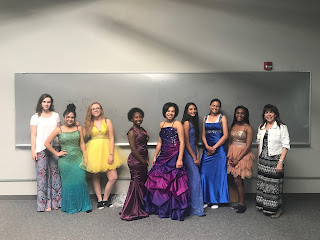 
Lillians of Monument, a women’s boutique owned by Elma Gonzales, recently gathered more than 70 locally donated dresses to a try on at Harrison High School. Gonzales and her employees Kindra and Brittany Roberts created a special event called Cinderella's Fairy Godmother Project and were able to collect numerous beautiful dresses that were then given to Harrison students for free for prom.

Gonzales and her employees, said it all started one Saturday when she and her employees started talking about prom, and how there were probably slightly-used prom dresses in many local closets.

“It snowballed from there,” she said. “And by the end of five weeks, we had collected more than 90 dresses.” The boutique is still collecting and will continue to have students coming into the shop from places as far away as Trinidad in Southern Colorado. Harrison High School students benefited by Gonzales and Kindra taking many of the dresses down to the school.

“While we rolled it out only the week before prom, we were able to get dresses for more than 20 girls who were absolutely pumped! We had our prom last Saturday and we had higher attendance than we have had in five years because some of our students that wouldn't have been able to afford an outfit were able to go,” said Anna Conrad, a teacher at Harrison High School.

“Elma reached out to Harrison High School and her, and I, were able to organize a dress expo during which students tried on the more than 70 gently used dresses that Elma had brought down to us. Since the event took place the week of our prom, many of our students had already gotten their dresses, but for those who had not yet had the time or resources, this event was incredible opportunity to be able to attend our prom in style! We were able to give away more than 25 dresses over the course of the week, which were then now only worn to prom, but I am sure will be utilized for formal events over the next couple of years including the JROTC’s military ball this later spring, our Homecoming next fall, as well as next year’s prom,” said Conrad.

“We are so deeply appreciative of Lillians of Monument, and particularly the owner Elma’s, thoughtfulness and generosity. Additionally, we would like to extend a heartfelt thanks to all of the individuals and families in Monument who were willing to give their dresses to our students, ensuring that students every socioeconomic background have an opportunity to feel beautiful at their proms and thoroughly enjoy this high school tradition,” she said.

“We are hoping to work with Lillian’s again next year and increase the size and organization around the event, and I will be sure to better document it then. The expo occurred in my classroom and many students were very rushed due to sports practices, etc. so many of the dresses were tried on over clothes. Additionally, I taught in one of the dresses on Friday to advertise for last-minute tickets sales, so of course one of my students was dared to try one on with me.”

“The students, and their parents were very appreciative,” says Gonzales. “It was really great to see the looks on their faces when they were able to find the right dress.”

She says the shop itself is all about empowering women of all ages, and prom is a once-in-a-lifetime opportunity. She noted that other fundraisers for groups such as Wounded Warriors, TESSA, and Pink Street Week for Breast Cancer Awareness have been very successful as well, at Lillian’s.

“We are not done yet,” Gonzales said. “The Cinderella Fairy Godmother Project will be even bigger next year.” 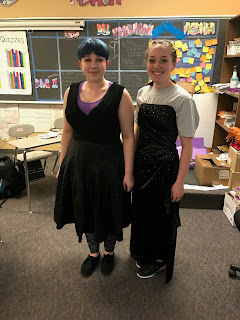 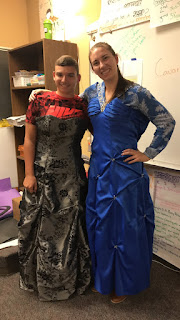 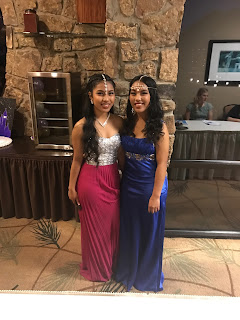 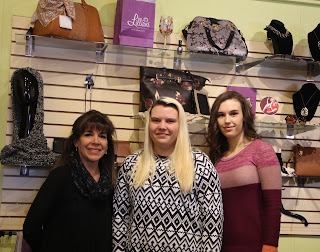