On the prowl for faded neighbors 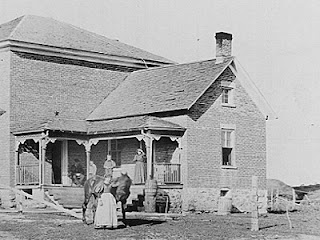 The lion was treed and brought down by a .22 caliber bullet through his brain

The big cat prowled the ridges of Rampart Range for years. A calf here, a lamb there – the huge animal took pretty much what he wanted.
Tipping the scales at 160 pounds, and having paws five inches across, the mountain lion grew old, tough, and battle-scarred with broken teeth. It also had become a menace in the late summer and fall of 1922. In October of that year, local ranchers had figured it had killed 30 calves and had been seen within a mile of town many times.  It was time for a change.
But times, they do change, as evident in the passing of time and fate of the towns themselves.
We know that by the way this little settlement might appear at the edge of a trail or along the railroad track or by the riverbed. Slowly it might grow, becoming a small village, or even a larger town. Who knows? Maybe someday, it could grow into a city. But, suppose whatever made it grow in the first place, stops. We know of the success stories, but what of the failures?
There are towns and villages that few remember, and even fewer can say they know what happened.
Towns like Gwillimville, Pring, Husted, Spring Valley, Greenland, Eastonville, Bijou Basin, or Jimmy’s Camp in “The Divide” country. Lucille Lavelett’s 1979 book “Monument’s Faded Neighbor Communities and Its Folklore” tells the story of some of them and has become the definitive source.
Gwillimville: five miles east of present day Monument on Highway 105.
“In its heyday, there were a cheese factory, creamery, store, saloons, a blacksmith shop, post office, school and a church. Across the road was housing for some of those who worked in the cheese factory,” wrote Lavelett.
Pring: Three miles south of Monument with a depot and a one-room school. Founder John William Pring invented the first hand corn planter and sold the patent to the John Deere Company.
Husted: Six miles south of Monument.
“Calvin Husted began his saw mills in 1867 and 1868. Many of Colorado Springs buildings were constructed from the lumber hauled from his mills; hauled by oxen and horses,” Lavelett said.
Spring Valley: Twelve miles northeast of Monument. A post office was established there as early as 1865 according to the national archive, on the old stage route from Denver. “A severe epidemic of scarlet fever took the lives of almost all of the children in the Spring Valley community,” according to Lavelett.
Greenland: Five miles north of Monument. Laid out as a 20 acre town site 1876, it became a busy stop on the Denver and Rio Grande railroad. The Higby store was built there in 1907.The small town also boasted two other stores, a post office (discontinued in 1959), a saloon, and other various businesses.
Eastonville: Near Peyton and north Falcon. The cemetery at the northeast corner of meridian and Latigo Roads in the Black Forest area was founded in 1865.
Table Rock: If you wish to visit this cemetery, travel east on County Line Road from I-25, the three quarters of a mile south on Campbell Road. Named Table Rock because of the high, flat rock mountain that is north and east of where there was once a store, church , school creamery, blacksmith shop and a post office, they were busy places,” wrote Lavelett.
I guess nothing lasts forever, and lions, and towns, and villages, all have their own time.
“With the aid of his dog Rover, Fred Simpson tracked the lion for three hours over the snow to a point on Hay Creek, five miles west of Monument, where the lion was treed and brought down by a .22 caliber bullet through his brain,” says Lavelett’s 1979 account.
Simpson had “Old Disappearance” mounted by a taxidermist and it was displayed for years at the A.E. Fox Cash Grocery on Front Street in Monument. Several years ago it was restored and placed in the Vaile museum in Palmer Lake.
Those involved in the restoration say it was quite a sight to witness the big cat hanging out of the partially-open doors of a van as it traveled to Colorado Springs to get its coat cleaned and freshened after years inside coal-heated buildings. 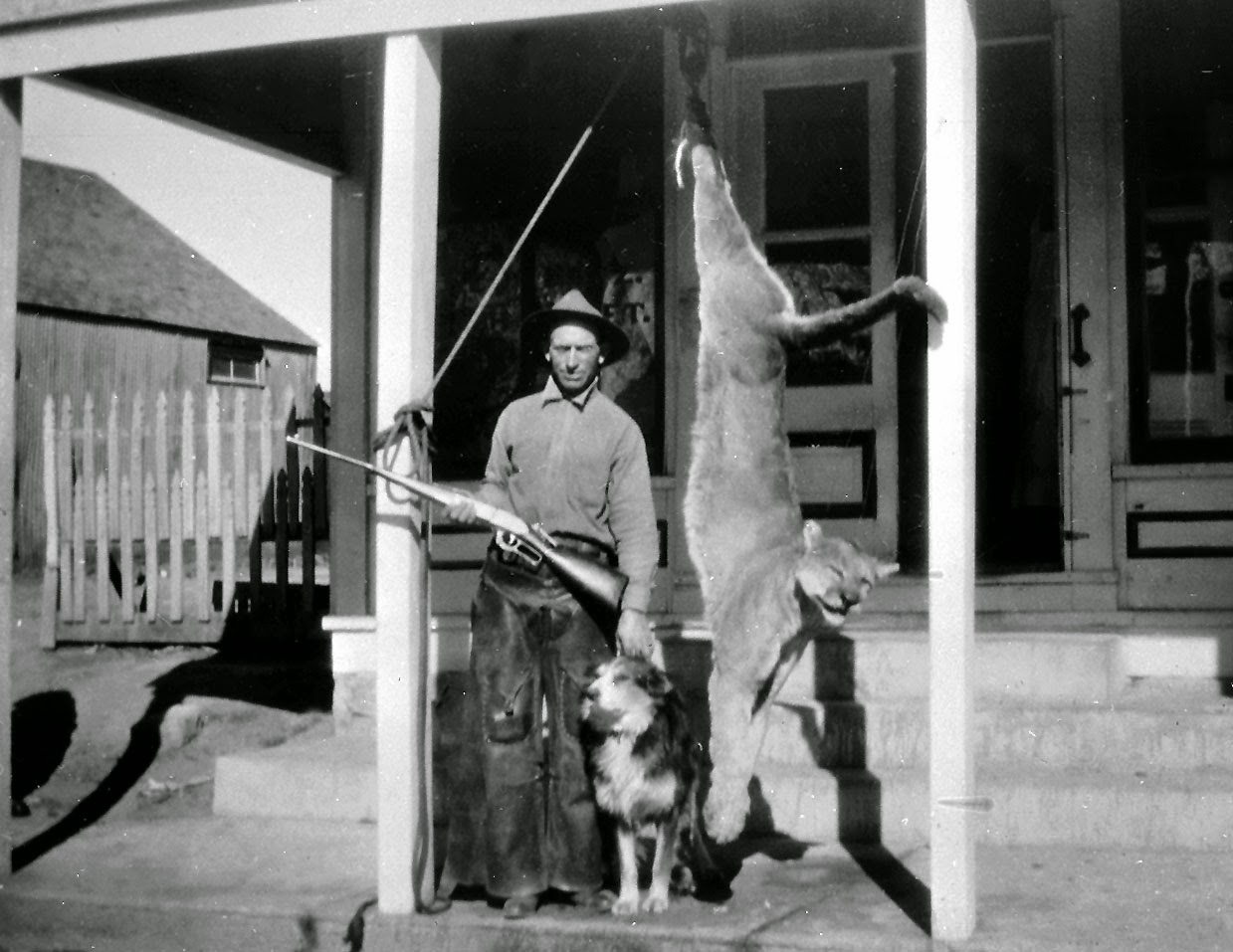 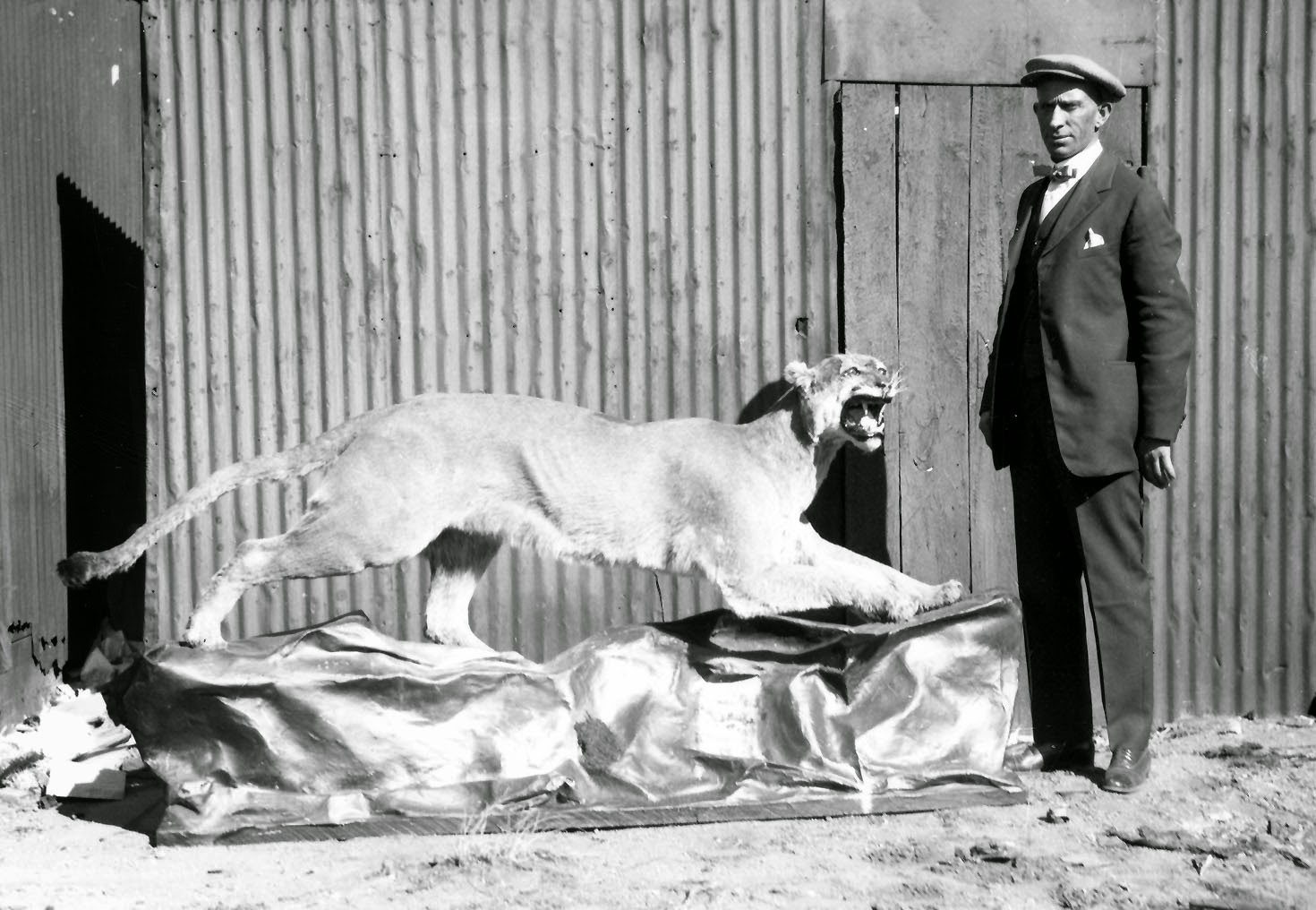 Good to head about those former towns from along the front range. Would like to see if there are any remnants of some you don't see anymore. Can someone who might have any recent pictures post them? '