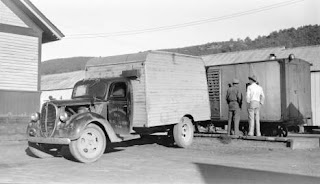 Postal system was different in those days, at least in our little town