Time now for us to recall a Colorado Olympics that never was.
In the early 1970s, the hosting of the games offered the promise showcasing Colorado, the Centennial State in its centennial year. Area high school students competed in essay contests to go to the summer games in Munich in preparation. Resorts and ski areas began gearing up for the onslaught of tourists. Politicians touted the benefits of a global presence in local arenas.
“The International Olympic Committee gave the 1976 Winter Olympics to Denver, but in 1972, Colorado voters rejected a $5 million bond issue to finance the undertaking. Denver immediately withdrew as host and the IOC called on Innsbruck, site of the 1964 Olympics,” according to InfoPlease.
“Denver withdraws and the united States Olympic Committee unanimously names Salt Lake City as the replacement candidate city to host the 1976 Olympics Games. In February of 1973, the IOC chose Innsbruck, Austria, to hosts the 1976 games,” according to Utah Travel & Adventure.
In the file for “what might have been,” Coloradans could place a 19-year-old Dorothy Hamill collecting Gold in figure skating in Innsbruck then for the 1976 games, and Bill Koch winning the first-ever cross-country skiing medal for the United States by taking silver in the 30-kilometer.
“The vote was really one for conservation and the environment,” wrote Richard Ellis and Duane Smith in their 1991 book “Colorado: A History in Photographs.”
“Taxpayers wanted their money to go for something other than stimulating growth.”
The battle divided the state,  pitting then Colorado Governor John Love and Denver Mayor William McNichols against leading opponent Richard Lamm.
Lamm used this effort to springboard into the governor’s office where he subsequently served three terms.
“The pro-Olympics faction had blundered badly and misjudged the changing attitudes of Coloradans. For the first time in the history of the state, the idea to ‘sell Colorado’ had been dealt a major blow,” according to Ellis and Smith.
Despite the rescheduling, the next Olympics will still be known as the Tokyo 2020 Games, the IOC said recently. The Olympic flame — which recently reached Japan after being lit in Greece — will remain in Japan until the postponed games are held. 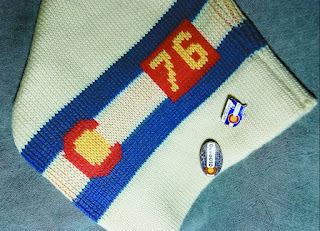