Things you can count on 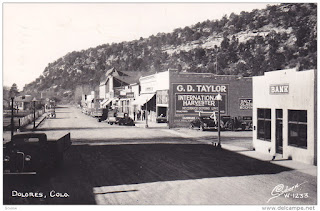 Every single nut, bolt and screw

between Christmas and New Years

At a hardware store where I once worked, we would inventory every single nut, bolt, screw and pipe fitting during the week between Christmas and New Years.
“There is over 40,000 common items of hardware in the modern hardware line,” went the speech from Merton Taylor, owner of Taylor Hardware. Merton tried to carry all of those items. And by Golly, we were going to count every single one of them, accurately, in all three buildings. Two of the buildings were two-stories and half-a-block long. The third was a track warehouse that stretched for a football field length along Railroad Avenue.
I was one of the regular employees but we would usually hire extra help during this massive inventory undertaking. High school kids would be camped in front of nail bins, pulling out 16 penny cement coat nails from CF and I Steel, weighing them, cleaning the bottom of the bin with a sponge and bucket of soapy water and then replacing them and dropping a paper tag with the counted weight. Then on to tackle the next bin of 20-penny cement coat.
A similar process occurred at the 10,11,12,14, 16, 20 gauge smooth black wire, and then the galvanized, and on to the chicken wire, hog fence and woven wire. We measured the joints of 1/2”, 3/4”, 1”... up to 2” galvanized and black pipe. We counted the bell reducers and 45-degree elbows. We weighed the fender washers, flat headed stove bolts, Mile High Grass Seed Mix, and 1/2” sisal rope. We separated and counted 80, 100, 120 grit sand paper and galvanized, black and aluminum stove pipe.
In the track warehouse and the two-story building we called the shop, there was no heat and we would usually work in two-person teams of a “caller” and a “writer.” The writer would be positioned in front a “torpedo” propane heater to keep his or her hands warm enough to continue writing as the caller would wade through the sometimes preweighed, precounted items calling the secret cost code.
And secret code it was. Merton, who had worked with Naval Intelligence in the Philippines (though he was in the Army) during World War II had devised a complex transference of numbers, letters, blocks and blind alleys that took two or three years and continuous practice to figure out how to read. I worked there seven years so I eventually became one of the elite group of “readers.” Which basically involved not only deciphering the complex code, but being able to read a seventy-five-year-old, semi-blind, hardware store owner’s shaky handwriting done with a number one black or red grease pencil.
Math skills were also required in that all the called items and their cost had to be “extended” which sometimes meant figuring out that were four squares per roll of asphalt rolled roofing, at $7 per square, times 400 rolls of red and 200 roles of green and so on.
At first I really hated working at the hardware store during inventory week in the week between Christmas and New Years. But later, I got to a point where I really enjoyed “knowing the code,” understanding what each of 40,000 common hardware item’s name was, comprehending that roofing is sold by the square, and being a master at “extension.” Inventory was a process involving various stages of personal enlightenment.
Today bar codes at the register and handheld scanners have replaced most of that process. I know it is faster. But, for things you can count on, I still sort of miss that week (in the old hardware store) between Christmas and New Years.
###
Posted by ___ Restless Native at 8:08 AM

I never got to work at Taylors but went there as a youth with my dad or on my own to buy a gift or whatever. So many memories of great people I do miss our past better times.