Colorado Has a Story to Tell 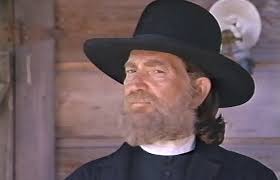 Willie and Colorado: To all the states I've loved before

Songs come easy to him, says Country music legend Willie Nelson.
"When I started counting my blessings, my whole life turned around," says Nelson's hemp-infused coffee beans as his first product in a recent health and wellness line called, "Willie's Remedy."
According to Nelson's website, the coffee is infused with "certified organic, full-spectrum hemp oil grown in Colorado" and the coffee is sourced from smallholder farms in Colombia.
Nelson's brand is aimed at selling "non-intoxicating hemp-based products." His current wife, Annie, helps in the curating of the brand that will roll out more "hemp-based health and wellness products."
The couple introduced "Willie's Reserve" in 2015. The cannabis brand helps tap licensed cultivators for their legal, medical, and adult-use cannabis products. The company claims when brewed properly, each eight-ounce cup of Willie's Remedy coffee will contain seven milligrams of hemp-derived CBD.
According to Willie Nelson himself,  his family's foray into Colorado and other connections started out as a remedy for several things.
In his recent autobiography "It's a Long Story, My Life, Willie Nelson,"  he explains.
"To take a break, Connie (another wife) and I went on a skiing trip to Steamboat Springs, Colorado. This was the winter of 1975. Because I didn't want to rush the vacation, I decided to drive. The skiing was invigorating and the cold mountain air did me good. On the long haul back, I got to thinking it was time to get serious about pulling some new songs outta my feeble brain."

The result was his album "Red Headed Stranger," which features the song "Denver."

Later, his wife at the time, Connie, talked him into relocating here in Colorado.
"Connie was convinced  I was helping too many friends and neighbors. After she and I enjoyed some great vacations in Colorado, she argued it would be the perfect place for a permanent escape," Willie said in his book.
Though he said he was not all that sure. Connie prevailed.
"If Connie wanted Colorado, well, let's move to Colorado. Colorado has fresh mountain air. Colorado has beautiful Vistas. Colorado has small towns where no one would find us. Connie found a hundred -acre ranch with a twelve-room chalet right there on the property," Willie said.
"She said it was perfect.
I said it was too far from Austin.
She said, if I had my own jet, Austin would only be an hour away.
I got my own jet.
We got the property in Colorado," says Willie Nelson's account.

"Once a Nashville renegade, later a favorite son of Texas, Willie Nelson boasts a popularity that has elevated him to a stature approaching that of a contemporary national folk hero," writes G. Brown in Colorado Music Connection.
Brown serves as podcast moderator, curator and executive director of the Colorado Music Experience. He has navigated the Rocky Mountain musical landscape for decades, both as a journalist and as a radio personality. He covered popular music at The Denver Post for 26 years, interviewing more than 3,000 musicians, from Paul McCartney and Bruce Springsteen to Bono and Kurt Cobain. He is published in numerous magazines including Rolling Stone and National Lampoon, Brown also covered music news and hosted and programmed for a myriad of Denver-based radio stations. He is the author of five books, including the award-winning Red Rocks: The Concert Years, Colorado’s Rock Chronicles and Telluride Bluegrass Festival: The First Forty Years.
"In the 1980s, the venerable country singer maintained residences in Texas, Malibu Beach—and a mountain home in Evergreen, Colorado, described as a two-story, 4,700-square foot Swiss chalet on a 116-acre estate. It included a large teepee. Nelson also found the Little Bear, a nearby bar that gave him a place for his music," Brown writes.
“I had lived down in Texas for a long time,” Nelson explained to Brown. “I wanted to get away for a little while just to check out the rest of the world. My nephew, Freddy Fletcher, had a little band, and they were traveling around. He was coming up to Colorado a lot. So one day I took my daughter Suzie and we drove from Austin up to Evergreen, up where Freddy had a little cabin. I thought, ‘Well, this is a spot to come to.’ The first place I had was up on Turtle Creek; then we bought a place over in Evergreen, on upper Bear Creek.
“But I only had a few days to spend at either Colorado or Texas because I was touring so much. I had a place in Austin with a recording studio and a lot of other different things—a golf course, for one—that were calling me back there. I had a run of bad luck with the weather in Colorado—every time I’d fly back home, it would be snowing! So I got to thinking, ‘Wait a minute, it’s snowing here, there’s a golf course over there—what do I really want to do?’
“So mid ’80s, I decided to head back and spend most of my time off down in Texas.”
Nelson owned the house in the Colorado mountains until November 1990, when it was seized by IRS agents who nabbed him for $16.7 million in “unpaid back taxes” for the years 1975 through 1982.
“I wrote a lot of songs while I was living in Colorado, had a lot of fun, did a lot of nice things that you can only do there,” Nelson said. “It affected me a lot of ways. I sure hated to leave, I know that,” according to Brown. 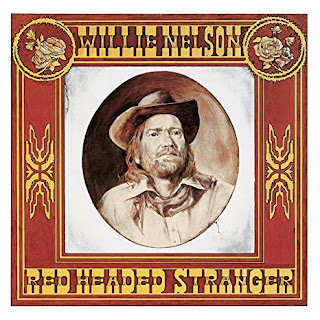