Whispered in my ear, recently 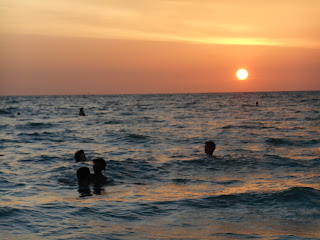 In aggregation, the last few days, have been difficult for me. Others too, I am sure.

"All of us woke up Monday to the shocking news that once again our country had a community in crisis. While the nation and the Las Vegas community need to process the how and why of such a deadly event and grieve for the loss of life while caring for survivors and families, many of us around the country want to help, to do something positive, to act.

***
From a column I wrote years ago about 1974 Chevy Vega I once owned:
Air band concerts took place on the hood as music from the soundtrack of the movie FM blared from the speakers inside.
"It's alright if you love me. It's alright if you don't. I'm not afraid of you running away from me, honey. I get the feeling you won't," sang Tom Petty . Break down, car. Go ahead and give it to me.

***
Believe it or not, a mental health professional can make it through his or her bachelor’s, master’s, and doctoral programs without having a single, significant discussion on what the term “mental health” actually means (or the term “mind” for that matter).
We tend to be trained to think that mental health is “not” something.  In other words, one becomes mentally healthy when they are “not depressed” or “not anxious” anymore.   At best, we receive a very functional definition of mental health.  That is, a person can be considered mentally healthy if they are able to function well at work and in relationships.  That’s a decent working definition, but it leaves a lot of territory unexplored.

***
From a news story I wrote Friday:
The suspect arrested for menacing bikers and others as they searched for Tim Watkins, before his body was found near Mount Herman Road west of Monument, is reportedly been called a person of interest in the murders of Delphi, Indiana teens Abby Williams and Libby German, according to various news outlets in Indiana.
Two teenage girls, Abby Williams and Libby German ages 13 and 14, were killed while hiking on a trail in Delphi, Indiana in February. Police have not released how they were killed.
Nations was living homeless in Morgan County the same week the girls' bodies were found, according reports. He was living under bridges in Morgan County when the girls were murdered, according to the Morgan County Sheriff's Department.

***
The “FM” story unfolds across a background of concerts, broadcast music, appearances by various rock stars, and public appearances by the station DJs. A minor subtheme to the film is the competition between QSKY and another area radio station. The major event of that subtheme occurs when Jeff arranges to broadcast a live concert by Linda Ronstadt that is being sponsored by the competitor's radio station.
Another minor subtheme is the ongoing task of massaging egos of the various DJs to keep them happy and on the air.
Martin Mull appears in his feature film debut as a zoned-out record spinner. He plays Eric Swan, a libidinous disc jockey with eyes for everyone female. The character is self-centered, smarmy, quick tempered, and overbearingly insincere. During the course of the film, Swan beds a supposed girlfriend, encounters a female fan with a peculiar physical "gift", and barricades himself in owing to a severe emotional breakdown due to his agent's dropping him and his girlfriend's leaving him, all within the confines of QSKY's studio.
Also rounding out the cast are Cleavon Little, who plays the Prince of Darkness, QSKY's overnight host (Little had previously played a disc jockey in the 1971 film, Vanishing Point); Eileen Brennan as " Mother", the 40-something nighttime DJ; Alex Karras as "Doc Holiday", the midday DJ with the lowest ratings on the station who is eventually let go from the station; and Tom Tarpey as new sales manager Regis Lamar, the bane of the disk jockeys' existence.
In addition, the film includes live appearances by Tom Petty & REO Speedwagon and live performances by Linda Ronstadt & Jimmy Buffett. Steely Dan performed the title theme, which became a sizable hit. The Eagles, James Taylor, Bob Seger, Dan Fogelberg, Billy Joel, and Queen were featured on the Platinum-plus soundtrack album.
From Wikipedia listing from “FM,” the movie.

***
From a Daily Beast, Tuesday Column by Stereo Williams

A sticking point for Petty was when fans began to bring Confederate flags to shows. In 2010, Fred Mills of BLURT recalled seeing Petty live in 1990 (with Lenny Kravitz opening, no less) when a fan tossed a Confederate flag onstage.
“A certain yahoo element had already been making its presence in the crowd known, emitting whoops and raising beer cups whenever Petty would make a regional reference. It was starting to feel like a NASCAR rally in the arena. Now, as the band eased into the song’s signature piano intro, somebody tossed a folded-up object onto the stage,” said Mills. “Petty walked over, picked it up, and started unfolding it: a rebel flag, symbol of the Confederacy—and of a whole lot more. He froze, uncertain as to what he should do. Well, wave it proudly at all your fellow Southerners, you could almost hear the collective thought ripple through the air. Instead, Petty walked back to the mic, still holding the flag, and slowly began to speak, talking about how on the Southern Accents Tour a few years ago they’d included a Confederate flag as part of the stage set, but since then he’d been thinking about it and decided that it had been a mistake because he understood maybe it wasn’t just a rebel image to some folks. As a low rumble of boos and a few catcalls came out of the crowd, Petty carefully wadded the flag up and concluded, ‘So we don’t do’—nodding at the flag—‘this anymore.’ Glaring at it one last time and then chucking it back down, he glanced at the band then launched directly into the next song.”

***
From a release Monday from Douglas County Sheriff’s Office:
On Sept. 30, The Douglas Regional Dispatch Center received a report of a body along the side of the road in the area of SB I-25 at MM 167, the Greenland Exit, South of The Town of Larkspur. Deputies and Larkspur Fire were immediately dispatched to the area to investigate.
The body of a female was located South of the Greenland Exit near MM 165.5. Although the cause and manner of death are still under investigation, The Douglas County Coroner’s Office has identified the female as Shelby Weatherly (DOB 9/20/1993).
***
Putting all of this together, we all want some kind of control in our lives. When our control in one area is restricted, we look for another outlet. That means that it is worth spending some time thinking about the areas of your life in which you can exert some control. Perhaps you have a creative outlet in which you feel you have mastery. One reason why these kinds of creative outlets are therapeutic is that they provide you with an arena in which you have control that you can use as a refuge when other elements of your life feel out of your control.
Follow Art Markman, Ph.D. on Twitter: www.twitter.com/abmarkman
***
“I'd just be the catcher in the rye and all. I know it's crazy, but that's the only thing I'd really like to be. I know it's crazy.”
― J.D. Salinger, The Catcher in the Rye
***
From a release from CU Boulder:
Beverly Kingston, director of the Center for the Study and Prevention of Violence (CSPV) at the University of Colorado Boulder and Bill Woodward, training director at CSPV are available to discuss research-based strategies for preventing violence, including mass shootings. “A lot of times someone hears or sees something that doesn’t seem right and they don’t know who to call or how to report it. We would say: Do something,” says Kingston. She points to research by the U.S. Secret Service showing that in 4 out of 5 mass shootings at schools, someone other than the attacker knew of the plans. “They also found that most attackers engaged in some behavior prior to the incident that caused concern or indicated a need for help,” Kingston says.
She credits Colorado’s Safe2Tell Initiative, out of the Colorado Attorney General’s Office, as an important resource for preventing numerous subsequent tragedies. Founded after the 1999 Columbine High School shooting, Safe2Tell provides a 24-hour anonymous tip line for citizens to report concerning behavior.
***
“When you are crazy you learn to keep quiet.”
― Philip K. Dick, VALIS
***
In just eight hours, learn to identify and respond to signs of addiction and/or mental illness in a friend, family member or co-worker. Mental Health First Aid is an international program, but this is the last local offering in 2017. Class size is limited, and registration is required at www.mhfaco.org/find-a-class. For more information, contact NAMI-CS at 719-473-8477 or info@namicos.org. National Alliance on Mental Illness (NAMI), Adult Mental Health First Aid Training, 8am-5pm, Friday, October 27, 2017, Citizens Service Center, 1675 Garden of the Gods Rd., Colorado Springs 80907, FREE www.mhfaco.org/find-a-class, NAMI Colorado Springs 719-473-8477
***
“In Scandinavia, there was a firm belief in the ability of some people to change into or assume the characteristics of bears. Our English word "berserk" comes from this legend. It was thought that if a warrior was to don a bear-skin shirt (called a bear-sark) which had been treated with oils and herbs, that the warrior would gain the strength, stamina, and power of the animal. These people would be driven into a frenzy in battle and were said to be capable of biting through the enemy's shields or walking through fire without injury.” — Gary Coulbourne
***
Sometimes, stories should be allowed to tell themselves.
In November of 2003, I began exploring the idea of writing something about how my friend, Lynn Leavell’s life and death had an impact on my own, and the lives of some of my friends. Pieces of that exploration have appeared here and there, but the definitive account, the be-all-to-end-all version that puts the matter to rest, never seems to emerge.
After wrestling with this mystery off and on all these years, the truth may be that I will never understand. Life may simply be just one damn thing after another, or not.
But following are few of the conversations and exchanges I’ve shared as I wander about, seeking.
Intro to a blogpost about a friend of mine.
***
We got somethin', we both know it, we don't talk too much about it
Ain't no real big secret, all the same, somehow we get around it
Listen, it don't really matter to me baby
You believe what you want to believe, you see

Somewhere, somehow, somebody must have kicked you around some
Tell me why you want to lay there, revel in your abandon
Honey, it don't make no difference to me baby
Everybody has to fight to be free, you see