We will miss Joiner’s strong and confident voice 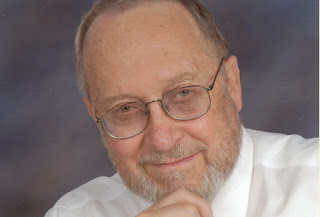 The thing that stood out — over and above for me —  about Jere Joiner, was his voice.
Not necessarily his physical voice, though that was made for radio, or the opera, or something special — but the way he took charge of what he wanted to say, when he wanted say it.
“Writing is not about the voices in your head, but the voices that make the great leap to the page,”  said J.H. Glaze, also a writer of renown.
Good writers have cadence, a pitch, a tone.
A writer's voice is something uniquely their own. It makes their work pop, plus readers recognize the familiarity. You would be able to identify the difference between Tolkien and Hemingway, wouldn't you? It's the way they write; their voice, in writing, is as natural as everyone's speaking voice.
Jere Joiner had such a voice in his writing, his speaking, and in more than once, in our own arguments. Sometimes, Joiner wanted say something that I disagreed with, or many times he wanted to present it in a way I felt was inappropriate. Or on occasion, I even thought I could improve the message, if he would just do it my way. All those discussions ended well because, in addition to a strong voice, Jere Joiner also knew how to listen, while still making his point.
“What is needed most is empathy, the ability to look out at the world through another person's eyes. Such an ability rarely comes naturally, but it can be learned. The solution is learning how to do it, and then making it happen on a large enough scale to be effective,” wrote Jere in one of his frequent letters to Gazette, over the years.
“Sociologists know that people tend to group themselves according to interest and education. College professors associate with college professors. Police officers, particularly, like to associate with other cops. Musicians, doctors, pro football players, pilots, politicians and teachers all feel more comfortable around people who think the way they do. They have common interests and understand each other's problems. Such groups may belong to a union, fraternity or civic organization where mutual ideas and views are shared and discussed,” Joiner said.
“Empathy will change the narrative, particularly if it goes both ways. Identifying and strengthening the ties that bind should be everyone's goal,” he explained.
His voice was born of his experience, of which, I was in awe.
Shreveport Detective Captain, leadership in the Sheriff’s Offices in Teller and El Paso counties, FBI training at Quantico, international expert status on use of the breathalyzer, political operative, father, husband, community leader, were just some of the roles he excelled at.
Also, one telling example of his strength of character, and as current El Paso County Sheriff Bill Elder notes proof that “Jere was a fine man with a huge heart and will be missed,” was what the dogs thought of him.
He often would bring his two Portuguese Water Dogs to the office, and they would, without incident, wait patiently in the back office, for him to return, if he were to step out.
The minute they heard his voice, it was a homecoming of sorts. The dogs missed him back then, like all of us at the Courier, Woodland Park and points of the compass near and far, will miss that strong and confident voice that we all cherished.
Posted by ___ Restless Native at 6:38 AM