Ready to count the ripples 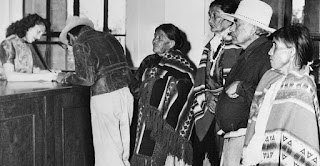 Cast a stone into the river of choice


In the next few weeks, hopefully most of you will grab that red, white and black, oversized envelope marked “Official Ballot Enclosed” and make some choices.

Ballots were mailed to military personnel and overseas voters on Sept. 22, and ballots were mailed to local, active voters on Oct.16. Return ballots must be received no later than 7 p.m. on Election Day, except for military and overseas ballots. Military and overseas ballots are due no later than the 8th day after Election Day. Mail ballot drop-off locations were open starting October 16, and will remain open until 7 p.m. on Election Day. There are 15 mail ballot drop-off locations and these are open 24 hours, in El Paso County, and similar situation exists in Teller County.

On the outside of the envelope of the ‘official election mail,’ the county clerk and recorder’s office usually suggests “Vote Early. Once you decide to vote, return your ballot to one of our convenient ballot drop-off locations listed on the enclosed Secrecy Sleeve,”

So basically, the deck is stacked against the folks that don’t vote. But more than that, the system is our system.

“Many forms of Government have been tried, and will be tried in this world of sin and woe. No one pretends that democracy is perfect or all-wise. Indeed, it has been said that democracy is the worst form of Government except for all those other forms that have been tried from time to time." A foreigner by the name of Winston S. Churchill said that about his country’s similar form of government in Speech in the House of Commons, Nov. 11, 1947.

I am also am a fan of a particular quote of Abraham Lincoln. “I am a firm believer in the people. If given the truth, they can be depended upon to meet any national crisis. The great point is to bring them the real facts, and beer.” The beer reference, I think was a stiff afterthought attempt at humor, but all-in-all, not a bad idea.

The truth is, as Mother Teresa (also a foreigner), identified, the idea that intent and deliberation goes a long way in all of our efforts. “I alone cannot change the world, but I can cast a stone across the waters to create many ripples.”

Cast a stone, and create many of your own ripples.

Photo info: Native American Navajos register to vote for the first time in 1948.
Posted by ___ Restless Native at 10:02 AM