Uniquely tied to Colorado and Fourth of July

We have a long history of doing it right 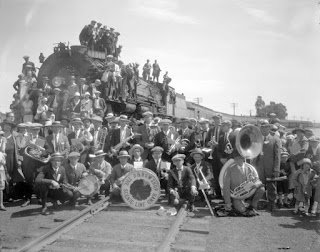 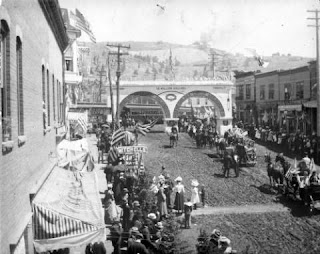 I know the rest of the country is entitled to celebrate Independence Day but there seems to be something uniquely tied to Colorado and Fourth of July, in my mind.

Maybe it is just fond recollections from July Fourths of the past, in places like Telluride, and Monument, and Dolores, and up in Teller County.

Legendary celebrations have been held here and after all, we are the Centennial State.

Congress had approved Colorado admission to statehood in March of 1875 and laid out provisions and conditions of statehood but it wasn’t until August 1, 1876, when President Ulysses Grant ratified admission. Communities all over the state had already begun celebrating, and really, have never slowed down.

In Denver in 1890, in celebration of the Fourth and the completion of the Capitol building, reportedly five miles of tables were set up for the barbecue attended by over 60,000.

“There were no greedy gluttonous displays, but every man, woman, and child clamored for food until they had their fill. Just think of it! Three hundred and fifty sheep, 75 calves, 237 fat steers, 13,000 loaves of bread, 3,000 pounds of cheese, 10 barrels of pickles, not to mention a 1,000 gallons of lemonade,” itemized the Rocky Mountain News at the time. “The run on the beer saloons was unprecedented.”

During the American Revolution, the legal separation of the Thirteen Colonies from Great Britain in 1776 actually occurred on July 2, when the Second Continental Congress voted to approve a resolution of independence that had been proposed in June by Richard Henry Lee of Virginia declaring the United States independent from British rule. After voting for independence, Congress turned its efforts to the Declaration of Independence, a statement explaining this decision, which had been prepared by a Committee of Five, with Thomas Jefferson as its main scribe. Congress debated and revised the wording of the Declaration, finally approving it two days later on July 4.

A day earlier, John Adams, brewer and maltster whose product would have come in handy in modern celebrations, had written to his wife Abigail:

“The second day of July, 1776, will be the most memorable epoch in the history of America. I am apt to believe that it will be celebrated by succeeding generations as the great anniversary festival. It ought to be commemorated as the day of deliverance, by solemn acts of devotion to God Almighty. It ought to be solemnized with pomp and parade, with shows, games, sports, guns, bells, bonfires, and illuminations, from one end of this continent to the other, from this time forward forever more.”

Adams's prediction was, of course, off slightly. Americans celebrated independence on July 4 right from the beginning, the date shown on the much-publicized Declaration of Independence, rather than on July 2, the date the resolution of independence was approved in a closed session of Congress.

Historians have long disputed whether members of Congress signed the Declaration of Independence on July 4, even though Thomas Jefferson, John Adams, and Benjamin Franklin all later wrote that they had signed it on that day. Most historians have concluded that the Declaration was signed nearly a month after its adoption, on August 2, 1776, and not on July 4 as is commonly perceived.

When Colorado was gearing up for statehood, the editor of the Del Norte Prospector had this to say about 38th state’s admission to the union.

“And when the Centennial shall come again. Colorado will be among the fairest of the sisters; her hillsides will have become beautiful under the joint ministry of nature and art: her mountaintops glorified by the sunlight of freedom: and all the bright blessings of civilization and religious liberty will shimmer around her pathway in a golden shower,”

On July 4, 1891, W.S. Stratton was prospecting on the side of Battle Mountain in what was to become Teller County. Based on geology, he reasoned rich ore could be found there. As he searched for gold, Stratton could hear shots fired into the air as miners began their celebration of the Fourth of July. That day, Stratton found and staked out the Washington and the Independence claims.

That claim, and other subsequent moves, made him tremendously wealthy. “He would eventually own one-fifth of the mining land in Cripple Creek and Victor,” writes historian Tom Stockman.

When I was a youngster, growing up in the little town of Dolores, in southwestern Colorado, we stretched back at least 200 years for things to celebrate in the summer of 1976, and every year after, because of our own discovery by Franciscan monks dispatched out of Santa Fe, about the same time as the Declaration of Independence.

"Father Fray Francisco Atanasio awoke somewhat improved, and in order to change terrain and climate rather than to make progress, we set out from the camp and Rio de San Lázaro toward the northwest. We traveled a little more than a league, swung west by west-northwest, and went five leagues through leafy forests and good pastures. Then we turned west, traveled two and a half leagues through a chamise thicket with little pasturage, went a quarter of a league to the north, crossed Rio de Nuestra Señora de los Dolores, and camped on its north bank. This river rises on the north slope of the Sierra de la Plata, and runs southwest to this place, where it makes a sharp turn. It is a little smaller than the Rio del Norte in this season. - Today a little more than eight and a half leagues," wrote Francisco Silvestre Vélez de Escalante, on August 12, 1776.

"We remained in camp, partly so that the Father might improve a little and be able to go forward, and partly to observe the latitude of this site and meadow of the Rio de los Dolores where we were. An observation was made by the sun and we found we were in 38° and 13 1/2' north latitude. Here there is everything needed for the establishment and maintenance of a good settlement in the way of irrigable lands, pastures, timber and firewood. On an elevation on the south bank of the river in ancient times there was a small settlement of the same form as those of the Indians of New Mexico, as is shown by the ruins which we purposely examined. Father Fray Francisco Atanasio felt better, and we decided to continue our journey next day," Escalante writes August 13, 1776.

As noted, Colorado has a unique relationship with Independence, and we have a long history of doing it right. 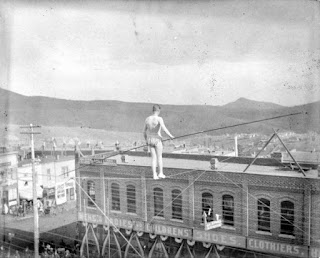 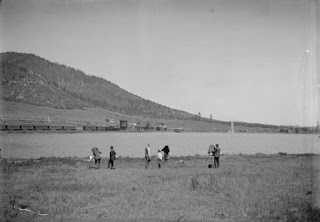