Town's namesake in the thick of forest history 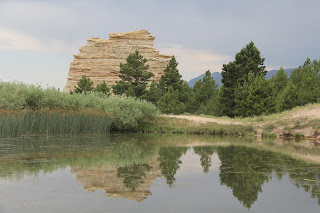 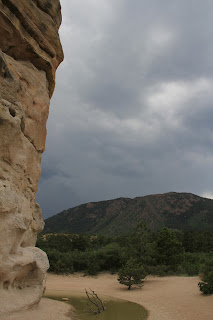 If you continue past Limbach Park, across the train tracks on Second Street, take a left on Mitchell Ave. , continue on past the Lake of the Rockies and right on to Mount Herman Road, keep heading west , you are headed the right direction. Monument Rock, for which town of Monument is named, stands amidst Monument Open Space preserve, a symbol of the area’s enduring nature. Extensive trails around the rock cater horseback riding, dog walking, jogging while also serving as a hub to other trail systems.
In “The story behind the Pike National Forest,” by Marion Ritchey Vance and John A. Vance, and on U.S. Department of Agriculture Forest Service site, history of the Forest Service itself is tied to the anchor of Monument Rock.
“W.T.S. May inherited when he was appointed Superintendent of Forests for Colorado and Utah on August 4, 1898 . On Aug. 8, 1898, Col. May appointed a young man from the Plum Creek Reserve as Forest Ranger in the state of Colorado. William R. Kreutzer thus became the first forest ranger on the Pike National Forest and, reportedly, in the nation. Young Kreutzer knew forests and he took his job seriously.”
His charge from Col. May: “Ride as far as the Almighty will let you, and get control of the fire situation and as much of the mountain country as you possibly can, and keep some sort of a record about it.”
Reforestation became a priority for the new ranger at the turn of the 20th Century.
“A popular image of the Forest Service is that of rangers arriving to protect wooded lands. In the case of the Pike, the job was first to recreate the forest.
“Protection of the Front Range watershed was paramount. That meant re-establishing ground cover as quickly as possible to stem erosion, and preventing further damage,” the Vances wrote.
To cope with such a massive reforestation project, local foresters began experimenting with seed and seedlings. Seedlings proved more effective, but early nurseries yielded little reward for the arduous labor.
The breakthrough came with establishment of a small planting station at the foot of Mount Herman. Officially named the Monument Nursery in 1907, the seedling facility was one of the first in the forest system and the most important in the Rocky Mountains.
Over its 58 years of service, the Monument Nursery produced millions of seedlings annually. By the early 1950s, more than 40,000 acres of denuded lands on the Pike had been replanted with Douglas fir, blue spruce, Engelmann spruce, ponderosa, limber and bristlecone pine.
Monument supplied seedlings to other forests as well and to private farmers for windbreak and erosion control. Similar efforts were occurring nearby, in the Manitou Park area.
Developers like Dr. William Abraham Bell, the founder of Manitou Springs, buddy of Colorado Springs founder of Gen. William Palmer, recognized roads in the forest were important.
Bell, though it is not universally known and talked about, also had development efforts in the early days of what is now Palmer Lake and nearby Monument. Bell’s own efforts, coupled with the efforts of Palmer, led to the donation of Manitou Park to Colorado College.
“Accordingly, Colorado College established the Colorado School of Forestry. In 1937, the Works Progress Administration built a lovely six-building complex at Manitou Park,” wrote Mackell Collins.
On the other side, “During the Great Depression, Monument Nursery was home to one of Colorado’s largest Civilian Conservation Corps (CCC) camps. The Corps was key to the reforestation effort. From 1934 to 1942, CCC crews under Forest Service supervision designed and constructed buildings, fought fires, manned the nurseries and planted seedlings,” Vances noted.Some disagreed with the practices of reforestation.
According to the Denver Republican (June 28, 1908) “…it would behoove the citizens of Colorado Springs to bring an injunction suit against the government, which threatens to plant a million trees per year until 20 million are planted on the Pikes Peak Reserve.”“Water is scarce enough at Colorado Springs at present conditions, but if the government is going to attempt to water 20 million trees in addition to the trees now absorbing water, I can assure the citizens that in 20 years there would only be water for the trees and none for the city. It would increase the water supply of Colorado Springs materially if every tree was cut from Pikes Peak.”
By 1965, with a relatively healthy forest in place, reforestation was no longer a priority for the district office. Nursery operations were moved to Basalt and the facilities converted in the 1970s to the Monument Fire Center. It now serves as base for the elite firefighting crews known as “Monument Hotshots,” says Vance’s story. 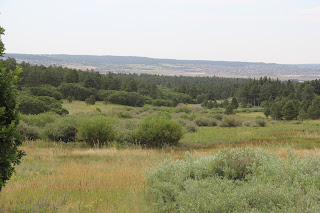 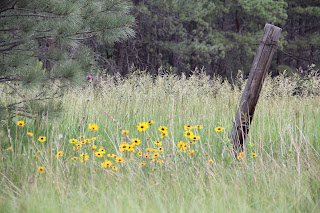 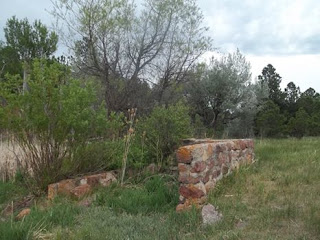 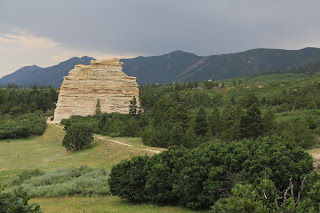