Hope we could not see or touch

A whole lot of heartbreak can happen in several years 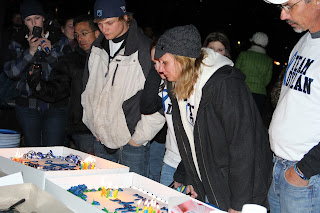 In four and half years, a whole lot can happen unfortunately.

It was a birthday celebration, but a heartbreaking situation never the less, all those years ago in Limbach Park on a cold February night.

A mother clung to last fibers of hope. Her son, (an eighth grade student at Lewis Palmer Middle School) just turned 14 but he wasn’t home to celebrate it with family. Family and friends still dared not say the boy was gone forever.

“Dylan Redwine had a birthday Feb. 6, but instead of having cake and opening presents with his loved ones, his family is still trying to find him after he disappeared without a trace,” we wrote at the time.

Elaine Hatfield Hall (she was still going by the Redwine name then) did not come out and say it then, that her ex-husband Mark Redwine had anything to do with Dylan’s disappearance, but she did say she believed he knew more than he was telling.

“I think those last hours that we can account for Dylan are crucial, I have so many questions and no answers. And everything he is saying is so uncharacteristic of Dylan,” Elaine said then.

National media, in the form of Good Morning America, Nancy Grace and the Dr. Phil Show all wanted to help get the word out about Dylan’s disappearance, she said, but her ex wouldn’t agree and said he could do it at the end of the month instead.

“It really frustrates me because that’s two weeks longer, and we could do it next Wednesday. Cory (Dylan’s older brother) and I are up for that. Whatever it takes to bring Dylan home, we’re there,” she told us. “We need to come together collectively and find Dylan.”

“We have to do something to keep Dylan out there and keep his story and his face out there. I don’t want to hold anymore rallies. I just want him to come home,” she said.

Dylan’s mom told us she had moved from Bayfield to Colorado Springs, and then later to Monument and praised the support of this community. She called it “humbling” at the time.

A spaghetti fundraiser took place at Lewis-Palmer High School and brought in a lot of money, she said, to go toward a reward that was offered then. She said the reward then was at $50,000.

Mark Redwine was arrested in Bellingham Washington July 22, 2017, after a grand jury indictment. He is changed with second degree murder and child abuse resulting in death. 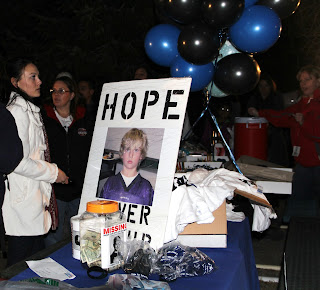 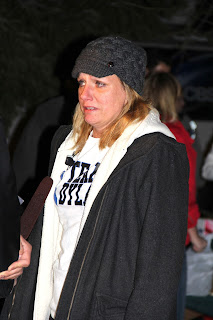 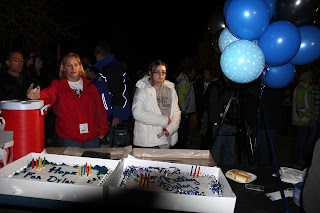 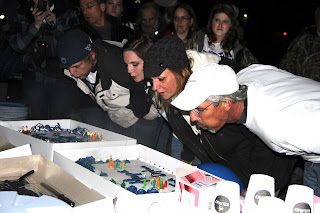 Story and photos by Rob Carrigan