Richard Nixon as a 'green giant' 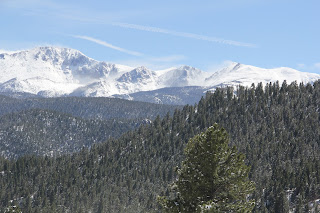 In the current political and social environment, it is pretty hard to say anything without setting someone off. The Pandemic complicates the algebra even more.

Stacks of stones may break my bones, and I do recognize I have a right to remain silent, but not necessarily, the ability.

Every year since 1970, people around the globe have marked Earth Day, April 22, in various ways.

Interestingly Climate Central wrote an engaging defense of an unlikely hero for the environmental movement years ago, that has taken on legs of its own.

The odd ‘green giant’ in this case — Richard Nixon. The organization sites their mission as: “Communicate the science and effects of climate change to the public and decision-makers.”

Odd praise indeed. In support of Nixon’s green efforts, they mentioned the following:

— The National Environmental Policy Act(1969), which among other things required that all federal agencies produce environmental impact statements on the possible negative effects of any and all regulations. It also created the President’s Council on Environmental Quality.

— The National Oceanic and Atmospheric Administration (NOAA, 1970). Proposed by Nixon “...for better protection of life and property from natural hazards...for a better understanding of the total environment...[and] for exploration and development leading to the intelligent use of our marine resources...” That's what he wanted, and that's what the agency does.

— The Clean Air Act (1970). Before the act, America’s skies were filthy. Afterward, they weren’t exactly pristine, but they were dramatically better, and later amendments cleaned the air up even more.

— Earth Week (1971). OK, something of a gimmick, but still, Nixon endorsed it to commemorate the first anniversary of Earth Day. He may not have sported Birkenstocks, but in some ways the man was practically a tree-hugger.

— The Clean Water Act (1972). If this is beginning to sound like the green legislation hall of fame, it’s not just you.

— The Endangered Species Act (1973): Even if this was all Nixon had achieved, he would rank among one of our greenest presidents.

In truth, maybe it was the congressional staffs and perhaps as unlikely as Nixon, Members of Congress, who wrote all the bills.

According the Earth Day Network, “The idea for a national day to focus on the environment came to Earth Day founder Gaylord Nelson, then a U.S. Senator from Wisconsin, after witnessing the ravages of the 1969 massive oil spill in Santa Barbara, California. Inspired by the student anti-war movement, he realized that if he could infuse that energy with an emerging public consciousness about air and water pollution, it would force environmental protection onto the national political agenda. Senator Nelson announced the idea for a ‘national teach-in on the environment’ to the national media; persuaded Pete McCloskey, a conservation-minded Republican Congressman, to serve as his co-chair; and recruited Denis Hayes from Harvard as national coordinator. Hayes built a national staff of 85 to promote events across the land. April 22, falling between Spring Break and Final Exams, was selected as the date.”

Earth Day On April 22,1970, 20 million Americans took to the streets, parks, and auditoriums to demonstrate for a healthy, sustainable environment in massive coast-to-coast rallies. “Thousands of colleges and universities organized protests against the deterioration of the environment. Groups that had been fighting against oil spills, polluting factories and power plants, raw sewage, toxic dumps, pesticides, freeways, the loss of wilderness, and the extinction of wildlife suddenly realized they shared common values,” notes various historic accounts, including a history by the network.

The stars lined up back then on Earth Day 1970.

The event had proved to be rare convergence, supported from Republicans and Democrats, rich and poor, urban and rural, educated elite and blue collar folks that had become concerned that river could catch fire.

The legacy of that cooperation is difficult to argue with. If it sets someone off, (in a good way), here we go. 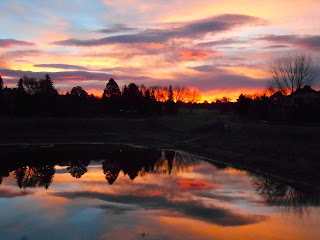