An amazingly fresh and simple message this April 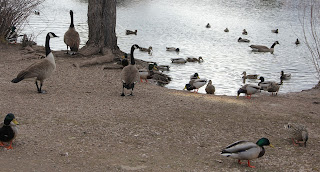 “On the 1st of April it rained and melted the ice, and in the early part of the day, which was very foggy, I heard a stray goose groping about over the pond and cackling as if lost, or like the spirit of the fog. So I went on for some days cutting and hewing timber, and also studs and rafters, all with my narrow axe, not having many communicable or scholar-like thoughts, singing to myself.”— Henry David Thoreau, Walden

To me, it is amazing how much a message in a book published in 1854, from a strange cat that took to the woods to simplify life, still makes sense. Here I am, 163 years later, seeking to apply lessons scrawled out in journal, in the candlelight of that cabin in the woods, observed in the days wandering near the pond and later, edited and edited, and edited.
Like Thoreau’s April goose, cackling as if lost, and the spirit of the fog surrounded by ideas of self-driving cars, North Korean possible acquisition of intercontinental ballistic missiles, and what to do if the robots take our jobs, I ponder not only my existence, but my children’s, and my children’s children.
Overwhelming, to say the least. I guess it is not what you look at that matters, however. It is what you see. The United States was new entity then. And Thoreau, and his friend, neighbor, employer Ralph W. Emerson tried to steer him toward ambition and purpose. In fact, if we are to drop names along with Emerson — Poe, Hawthorne, Whitman and Melville were all his near contemporaries. Some lived in the same town. Thoreau, however, kept to his own path.
New England still bore the marks of England itself at that time. And it was an England unconcerned with Brexit, or European Unions, or World Wars even. It was alive with unconventional ideas at the time, some foolish, some profound — not unlike our position in today’s world.
How to tell the difference between a fool’s game and wise, sage, erudite, astute, percipient ...
Thoreau wisely determined that the price of anything is the life you exchange for it. “You must live in the present, launch yourself on every wave, find your eternity in the moment,” he said. And friends, he held, “They are kind to one another’s dreams.”
If we advance confidently in the direction of our dreams, and endeavor to live the life we imagine, we may just meet with a success unexpected in common hours.

Men say they know many things;
But lo! they have taken wings —
The arts and sciences,
And a thousand appliances;
The wind that blows
Is all that any body knows.

An amazingly fresh and simple message this April, especially if you consider the more than century and half it has wandered around the pond out there in the woods. 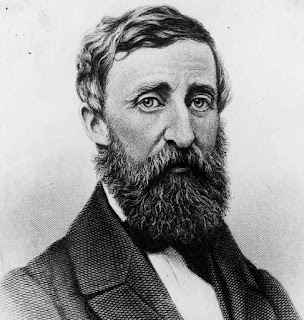