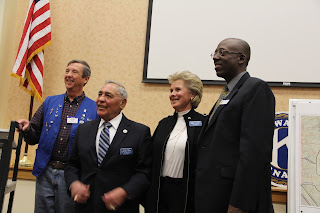 “I believe it is the nature of people to be heroes, given the chance.”
– James A. Autry

I thought about that recently, taking some measure of solace in the dignity of my father's burial at Fort Logan National Cemetery in Denver.
The willingness of American veterans to sacrifice for our country has earned them our lasting gratitude. That simple message, and an update briefing on the Pikes Peak National Cemetery progress and challenges was delivered by Victor Fernandez one recent Saturday to Monument Hill Kiwanis.
"This Committee has been the focal point of the Veterans of Southern Colorado for establishment of a National Cemetery to serve our Veterans since May 1999. We have worked with the local, state, and federal elected officials over these past 16 years to seek Veteran's Administration approval and construction of this National Cemetery. As such, we are proud to submit our recommendation to name our cemetery. We submit: Pikes Peak National Cemetery," wrote Fernandez, a retired Army colonel and committee chair to the Department of Veterans Affairs.
The name immediately identifies the location of the cemetery site, says Fernandez, and really the only logical choice.
"Pikes Peak is visible Upon entering the state from Kansas, and from most cities and towns in southeastern Colorado.  Pikes Peak is known as 'America's Mountain,' and as the location upon which the words to 'America the Beautiful' were written by Kathleen Lee Bates in 1913 when she first saw the 'purple mountain majesties and amber waves of grain' from the top of the 14,100 foot high Pikes Peak."
In June 2013, the Veterans Administration selected a 374 acre site on the south side of Drennan Road, a mile east of Mark Scheffle Road and purchased the site in early 2014. A Parker firm Architect and Engineering Firm released preliminary master design plans in December and Fernandez says "after much pushing from the cemetery committee, the VA erected on the site to I.D.  as the future location of the cemetery."
Today, with the blessing of the Colorado United Veterans Committee in Denver, Fernandez is asking for further blessing of the chosen name by service groups and veterans, and says they (the committee) can still use financial support.
Burial in a national cemetery is open to all members of the armed forces who have met a minimum active duty service requirement and were discharged under conditions other than dishonorable. A Veteran’s spouse, widow or widower, minor dependent children, and under certain conditions, unmarried adult children with disabilities may also be eligible for burial. Eligible spouses and children may be buried even if they predecease the Veteran. Members of the reserve components of the armed forces who die while on active duty or who die while on training duty, or were eligible for retired pay, may also be eligible for burial. 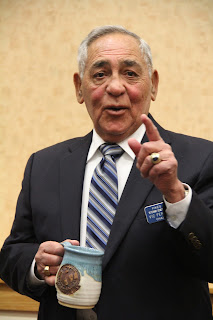 Photo 2: Pikes Peak Cemetery Committee Chairman Victor Fernandez has been working on the project for 16 years.