From hoof, to hook, packed on ice, railcar shipped 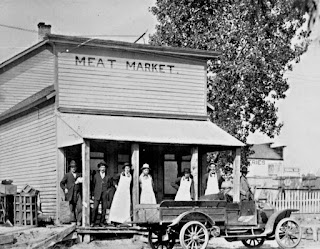 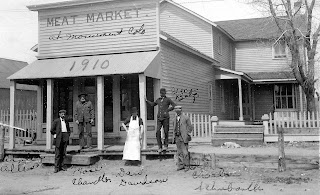 Monument was 'meat and potatoes' kind of place

In the fall, cattle ranchers around Monument would drive their herds off the range and into town to ship them on the railroads to markets in Denver and beyond.
The Denver and Rio Grande arrived in 1872 and the Santa Fe in 1892, and both railroads had stockyards in town.
Many ranchers had their cattle on government range all summer, and a fair amount of time and effort was involved in checking brands and other busy events of the fall drives.
Several days before cattle were driven in, rail companies would line up cattle cars on the sidings, and almost everyone would ship the same day.
A switch engine would move cars around as the cattle were loaded, and preservation of local meat stocks were also a part of the process.
Several hundred head of cattle, men on well trained horses, local butchers, barkeeps, and ice contractors, and railroad employees had a busy few days.
When automatic blocks became available in the 1940s, the process that went on at the two depots in Monument, Pring Station, Greenland, Palmer Lake and Husted all changed.
For several years afterward, northbound trains all ran on the old Santa Fe tracks and southbound ran on the D&RG. Santa Fe tracks were eventually torn out in the late fall of 1974.
But in the early days, Monument was a meat-eating, beef-producing, package-it-up-and-keep-it cool kind of town.
"Chas. Allis had a butcher shop on the corner of Second and Washington Streets in the 1890s," noted Lucille Lavelett. "George Betz and John Boling operated a meat market and delivered meat by wagon for several years.
“There was Paul’s Meat Market operated by Paul Close and Paul Valentine. When meat was delivered by wagon, the back of the wagon was closed in, with hooks to hang the meat on, a meat block and scales. In the summer time, large tubs were filled with ice to keep the meat cold."
That is where the local ice business came in.
Fred Lewis’ wife, Myrtle McKee Lewis, was a teacher in the Lewis Consolidated School (and namesake for Lewis-Palmer District 38). She was the brother-in-law of W.E. Doyle, and went to work for him at the ice company in 1910.
Doyle and a partner, Thomas Hanks, had leased what is now known as Monument Lake (then State Reservoir) and built the original ice house.
Doyle bought out Hanks in 1909 and improved the operation with new ice houses and a chain-operated conveyor system powered by a steam engine from an old threshing machine leased from Charlie Schubarth. Doyle continued to operate up until the early 1940s.
“A spur railroad track was put in to load ice directly into the railroad cars,” wrote Lavelett. “Harvesting at that time was done by man and horses. Power conveying the ice up in houses by horses.
“Ice harvest began in the middle of December and the cakes of ice were 24-inches thick after being planed. Twenty-thousand to 30,000 tons were harvested. Four-thousand tons were stored in the houses and the balance shipped to Pueblo and Denver.”
But the ice business was risky, subject not only changing times, but forces of weather including wind, changing climate, water — not to mention transportation and refrigeration technology modes.
Still, for a time, the floor of the butcher shop always had about three inches of clean sawdust, changed every week, to keep the ice cold and absorb any spills.
And every store, hotel, restaurant and some homes had their own ice house. As a result, Monument was a “meat and potatoes” kind of place.
But for the potatoes, that is a different story. 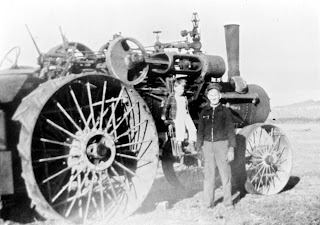 Photos courtesy of The Vaile Museum.