Trying to influence content by threat crosses a line 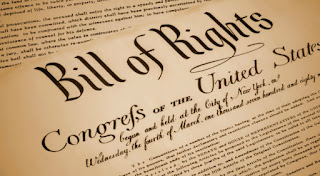 No need to give a history lesson, or maybe there is, but one of the first things adjusted with the Constitution of the United States — The Bill of Rights, was originally proposed as a measure to assuage Anti-Federalist opposition to Constitutional ratification.

Congress shall make no law respecting an establishment of religion, or prohibiting the free exercise thereof; or abridging the freedom of speech, or of the press; or the right of the people peaceably to assemble, and to petition the Government for a redress of grievances.
It is quite a simple little makegood, that has far-reaching ramifications.
Some of you have probably guessed that I am focused on the part about making no law "abridging the freedom of speech, or of the press."
Not only that,  I am very outspoken on the protections afforded to the industry I have been involved in since childhood, and of course have my own ideas on what is right.
That particular right is protected because it is important. And as with all rights, goes responsibility.
But it has been my experience that anytime advertisers, or public relations practitioners, try to unduly influence content, perhaps with threats of pulling revenue from journalistic endeavors, a line has been crossed.
Not saying that First Amendment has been breached — but the spirit of Free Press has been attacked.
I bring this up, because, that exact circumstance has come to my attention.

"I am pulling our ads due to the extensive negative articles," read a recent email, in part, from government-related entity.
Certainly, it is every advertisers' particular right to vote with their feet and choose not to advertise. It can be, however, bad public relations.
I would also hold that, being a government entity (and as such, spending public money) perhaps the writer of that email, and similar efforts to influence local coverage,  was not looking out for those who fund the operation in first place — the taxpaying public.
Our negative articles (though we might argue whether or not they were truly negative) were aimed at informing public, rather than currying favor of local officials.
Such a suggestion not only raises the ire of journalists by suggesting that their favor can be bought our sold, it also short-changes the public in the process, with a form of prior restraint.
It is basically saying "write to please us," rather than inform readers. It also makes one wonder if there is perhaps something to hide.
Regardless, such activity is dangerous not only to a Free Press, and its practitioners, it is dangerous to an informed public.