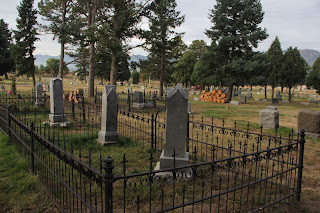 Existence is all about discovery, knowing the unknown. The longer one lives, the more mysterious life seems. The oldest and strongest emotion of mankind is fear, and the oldest and strongest kind of fear, is fear of the unknown.
Here in Monument, as in all over, the local cemetery helps us mark an existence, capture a passing, pay respect. If you think about it, it is a part of our life, as much as it is a part of loved one's death.
For at least five years, volunteer John Howe and others, have been working on a project at the Monument Cemetery.
"I started working on the paperwork, trying to get the files in order more than five years ago," Howe said last week in the cemetery. "It was a fool's errand. Impossible. So many have worked on it over the years, and there is so much time passed. So many unknowns."
To be a little more precise, Howe, who is also on the Monument Board of Trustees,  and others have identified and labeled 189 unknowns — possible graves that names cannot be attached. They used technology to identify that something is there, underground.
"I would love to know their history," he said. "Some of them are a real mystery."
He cited uncontrollable instances, such as the train wreck in 1895, where someone might have needed buried locally, without the burial party knowing for sure, who was committed to earth.
In most cases, when there was a question, and when technology was able to tell them something was there, they tried to mark the spaces in some manner. Many have temporary plaster of Paris markers that are subject to the ravages of time and weather.
Other temporary and permanent markers can become buried, or displaced by growing turf, blowing dirt, vegetation and trees and bushes and even maintenance.
"It is supposed to be perpetual care, but it is difficult, as time passes."
The oldest grave that Howe knows of, is near the center of the cemetery, and is attributed to Alonzo Welty, for 1860. The Welty family (including another Alonzo), were later well-known in the Cripple Creek district.
A wealth of local history resides within the boundaries of the Monument Cemetery, with sprinkling of names like Noe, Lavelett, Pettigrew, and Gossage, and McShane. The five acres were donated by C.R. Bissell in 1886, but burials occurred there long before that. Approximately only 150 plots remain there, and 15 in crematory garden.
It is well-visited by family and friends of the deceased.
"About 80 percent of the time when I'm here, someone else is too. They come from all over, Wyoming, Kansas, points East. One local guy comes here every day," Howe said.

Photo information:
Top photo: Recent tree thinning and maintenance is evident in the midst of the cemetary.

Photo 2: Disrepair and damaged stones is an ongoing problem.

Photo 3: Howe points to a rich history that exists among the markers.

Photo 5: Unknown graves are, in some cases, are marked by plaster of Paris temporary makers.

Photo 6: Alonzo Welty's grave is the oldest known burial located near the center of the cemetery.

Photo 7: Another unknown grave suffers the ravages of time and weather. 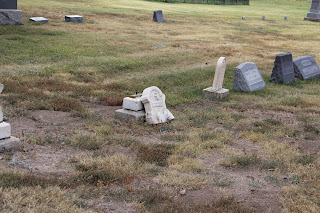 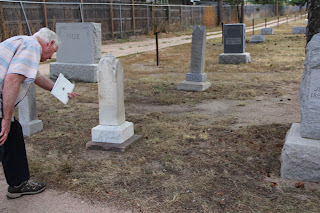 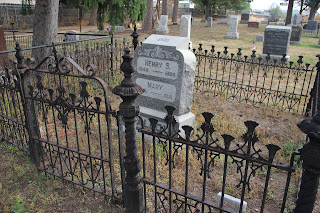 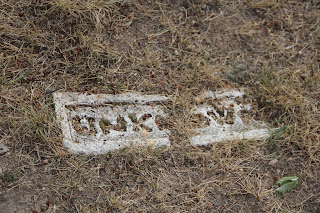 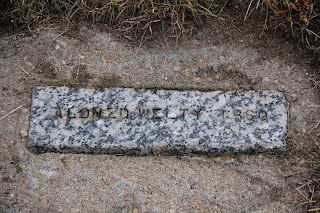 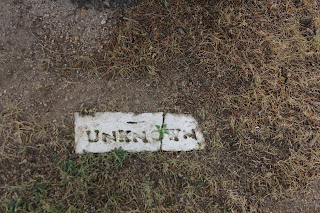