Name, and interest in cars, shared 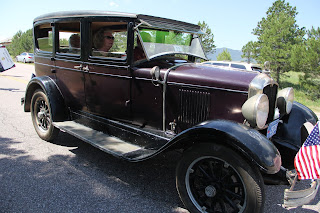 Here is where the two Durant stories converge

Our differences don't always drag us apart. But things we share, often bring us together.
Donald Durant says he has always liked cars. Perhaps the longtime Monument resident came by it naturally, showing the same interest as his mom, Anna Houser? Maybe it was linked to his surname? With a name like Durant, it is possible that it was predestined.
William Crapo "Billy" Durant, the co-founder of General Motors, founder of Frigidaire, partner to Louis Chevrolet. and probably the most pioneering visionary in early days of the car industry,  standing next to the likes of Henry Ford, developed Buick, Oldsmobile, Cadillac. He was also the founder of Durant Motors, Flint, and Eagle — maker of the Durant automobile line.
Here is where our story of the two Durants converge.
Local Donald Durant, while growing up and living in the Tri-Lakes area, always wanted to own a Durant automobile. Guess it was a name thing? In fact, he and his mom Anna Houser were involved with the purchase of at least three of the vehicles over time. But it was difficult to find one complete, with all things in working order, original equipment, all the pieces and parts. After all, they only manufactured them 1921 to 1931.
But the Stars aligned in 1998, when Durant and Houser discovered — hiding in a garage for 20 years in Kansas —  a 1928 Durant Model 65, that had been driven in to garage after its first owner died. Its series number is in the 4,000s. Story was, the first owner was a politician, maybe State Senator from somewhere over on the Western Slope (though some of the details of who and where from,) have been lost over time.
"It is pretty much exactly as we found it," says Donald Durant. "Aired up and balanced the tires. Worked on the carburetor, 12-volt electrical system. Worked on radiator. Really just a lot of simple stuff."
Durant is a heavy equipment operator by trade, so he had some exposure to mechanics.
"We thought it was a good vehicle," said his mom Anna Houser, and she thinks they paid somewhere about $12,000 to $15,000 for it back in 1998. She has owned a few interesting cars living here in the area since 1958. Among them, a '56 Jaguar, a '58 and '60 Edsel, and a Hudson Hornet.
This year it was entered into the Monument Fourth of July Parade.
"Driving it in a parade is really hard on it, because of the way it is geared and the clutch." But they got through it, and relished the opportunity to display the car.
"Billy" Durant's last car company failed in 1933. In the 1920s, heavily involved with Wall Street, he joined with members of the Rockefellers and other financial giants, after the Crash of 1929 to buy large quantities of stocks, against the advice of friends to demonstrate confidence in the market. His effort proved costly and failed to stop the market slide. By 1936, the 75-year-old Durant was bankrupt. After the fall of Durant Motors, he and his second wife, Catherine Lederer Durant, lived on a small pension provided by arranged by Alfred P. Sloan at $10,000.00 a year on behalf of General Motors. He suffered a stroke in 1942, leaving him with physical challenges and only able to find work managing a bowling alley, where he finished his life slinging hamburgers in Flint until his death in 1947. 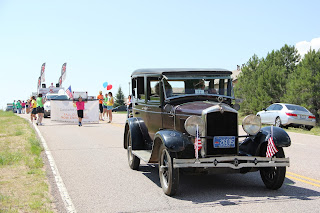