Work in progress: Time is the real betrayer 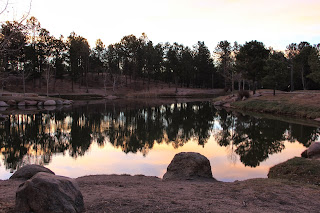 Not sure I'm ready to forgive time

First, let me say this. Forgiveness is by far, the hardest lesson I've ever tried to learn. And I'll tell you straight out, that I haven't mastered it.
Let's just say it is a work in progress.
It is complicated for me by the knowledge, that no matter how deep the betrayal suffered —  most of the time, the betrayers didn't mean anything by it.  It was unintentional.
But life is about lessons, and we all keep learning to the grave.
Teachers are all around us.
As a kid growing up in Dolores, I embraced that life-long learning by loving school.  Not just the classrooms, books, and math instruction, and spelling education... things that I observed just by being in room (any room) or outside on the hill, or submerged in the river.
Lets think back, and visit some of the teachers.
The first clear memory (that I can place) was helping to plant two small Colorado Blue Spruce trees in the front yard of Pleasant's yard.
I am told that my dad dug the trees up on wrecker call near the Rico ball park.
Andy Pleasant and I, with adult supervision, planted them ourselves. It was a gift of sorts, or a suggestion by both of our parents, on Andy's fourth birthday, in July, if my memory serves me.
We dug a hole twice as large as the root ball,  filled it up two or three times with water, dropped in the tree, and then created a little basin around it.
We kind of took care of the trees, when we thought of it, especially during the tail-end of that summer, and then, any time we thought of it during the next few years, when we weren't careening down the sidewalk in his X-15 or my pedal-powered fire truck. Later, there were Schwinn bikes and climbing the towering Broadleaf Cottonwood that was out in front of the Spruce trees. And later still, the hill, and cub scouts, and little league baseball.
When Andy and his family moved away, just as we both were to go into fourth grade, my access to the trees was limited, as other families occupied the 'old Pleasant' house.
I was a little torqued a few times in the next few years when the Dentons tied their horses to one of the trees,  and rarely, if ever watered it; and maybe even a little more so later, when Norths put a little border around it, and took good care of those trees.
The last time I saw the Blue Spruces trees, they were over 70 feet tall.
A few years ago, I was told one of them had to be cut down because it had grown so much as to threaten structures in the area.
Lesson learned: Neglected or well-cared for,  most of us survive and perhaps even thrive. We generally grow up eventually.
Andy and I, kept in contact over the years, first closely, as he was just over in Cortez and his parents business was still here in Dolores— and then, less so, as we moved on to different worlds.
I knew, as adults,  we both worked in his family's business (newspapers), for a number of years, and then he went on to different pursuits. Quite honestly, I had lost track.
When my dad died, he apparently saw the obit, and reached out.
"So sorry to hear about your father's passing. Hope all is well otherwise," he said.
I was glad to hear from him. It meant a lot. I told him so. And we tried to catch up, if just a bit, on each of our family's whereabouts.
A few days later, I heard from him again.
"Ironically — my father passed away in his sleep last night."
Truth be known, time (and perhaps distance) had been the real betrayer in this case, but it was unintentional.
Not sure I'm ready to forgive time — at least not yet.