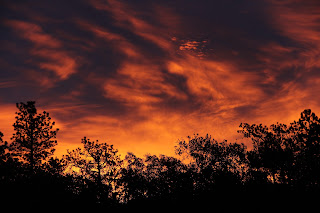 Oil them up, clamp them down in the vise, then cut threads on both ends

By Rob Carrigan, robcarrigan1@gmail.com
On slow summer days, when we ran out of specific tasks, central to the mission, it was time to make nipples.
Make them in summer, when it is easy, or wait until winter, and do it the hard way.
Over in the far eastern stretches of the track warehouse, we would cut scrap pipe, less than 12 inches in length, into precise increments (12, 10, 8, 6, 5, 4, 3 -inch and close). When we had them the right length, we would oil them up, clamp them down in the vise, then cut threads on both ends to be used as nipples.
When we had a number of them cut, we'd gather them up, and take them over and toss them in the plumbing bins, near the overhead heater, in the back of the main hardware store.
It sounded a lot sexier than it really was.
Though — there was that one woman that cornered me over there, one day, in the long, dark building— and asked me to make her two extremely close nipples.
I refused, fearing I might damage the equipment.
Pipe salvage involved a whole lot of thread-cutting oil, elaborate die ratchets, more than a little muscle, some know-how. Patience, too. And warm weather was best.
Generally, seven or eight joints of iron pipe, (21-foot) in each size's IP diameter (inside, roughly), were laid out on the floor between bridge spikes hammered into the slab floor.  Common sizes, up to two-inch. Galvanized and black. Three-eighths, quarter, half, three-quarter, inch, inch-and-half, and two. Cut pieces toward the wall, full joints with a coupling to the inside.
Iron pipe size (IPS) standard came into being early in the 19th century and remained in effect until after World War II. Truth be known, it was still pretty common in our neighborhoods until at least the 1980s. The IPS system was primarily used in the United States and the United Kingdom. In the 1920s, the Copper Tube Size (CTS) standard was combined with the IPS standard.
During the IPS period, pipes were cast in halves and welded together, and pipes' dimensions were sized by reference to the inside diameters of the pipes. The inside diameters under IPS were roughly as we know them today, under the Ductile Iron Pipe Standard (DIPS) and Nominal Pipe Standard (NPS) Standards, and some of the wall thicknesses were also retained with a different designator. In 1948, the DIPS came into effect, when greater control of a pipe's wall thickness was possible.
Near the center of the east side of that track warehouse was the long, oily pipe bench - with a pipe vice on the west end, and a row of various dies lined up along the ridge down one side.
Across from the pipe, hanging on the wall next to the sliding door, a Rio Grande Southern Railroad schedule still was tacked to wall, though the trains hadn't run since 1952.
Why did pipe come in 21-foot joints anyway?
I am told that 21-foot length became the standard because of the old way pipe was produced using the bell and tongs method.
A length of steel strip was heated (red hot - nearly melting)  and then manually pulled with a pair of tongs through a bell. Thus, the bell and tong method. The bell was used as both the forming roll and the welding roll. The 21-foot length could would still keep enough heat in the strip to produce a good weld. Longer, and a suitable weld was not possible over the entire length. Shorter, and the pipe would not have as good a yield.
Why make nipples in the summer? Truth be known, you could cut threads in the winter, if you used enough oil, but winter oil was thick, the track was cold and dark, and it was easier to make mistakes. Better off manning the long handled ratchets in warm weather. Nice, even grooves for your threads then. Nice, smooth leverage on the pull downward. Nice, tight fit in the coupling.
That, of course, was something you had to learn the hard way, with mistakes in the winter. Nothing worth knowing is easy. You might be instructed on how to do something, but never learn from the instruction. Lessons learned well, however, always seemed to arrive after trying something the hard way.