Living in the past, with words and music. 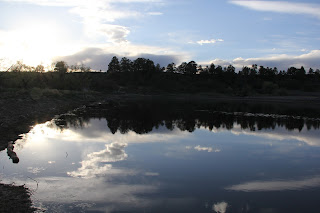 "I don't believe it.

Don't touch me.
Hey Ray, hey Sugar
tell them who we are."

Back then. To say you were confident, or cocky, would miss the point. That's nothing different. You have gone through life like that. Always thought you could do anything and everything.
But at the end of high school, seems like there was an extra measure of confidence.

The boat was lower in the water when it left the marina at Hall's. Must have been all that beer. The wild reds of the sandstone brightened by the reflection off the water. 'bout six miles back down the lake to the house boat.
Poet Shel Silverstein, balded and bearded, wrote that song for Dr. Hook and the Medicine Show. Better than "A Boy Named Sue." Which he also wrote, for Johnny Cash. Being a poet wouldn't be so bad. Words, and maybe music.
Would have made more sense if they had let us bring the beer right from the start. Cheaper, too. Still, the five of you pooled enough money to drop the ski boat low in the water, like a beer barge headed to Oktoberfest.

Rights of passage, like any other ceremony, you need to make it your own.
Here's an idea. See all those lizards darting over the rocks?
We need to catch them. And you do, one at a time.
That isn't so hard. "What kind of right of passage is that? Anyone can catch a lizard"
You looked at them, with a the confidence (and wild-eyed craziness) of the 'Lizard King.'
Nervous laugh.
"And bite the lizards head off."
Those with small lizards, thankful. One fellow, with a big lizard – looking almost like a Gila Monster – turning green.

Drinking beer now. And throwing dives off the top of house boat. Be careful the water's only about 20 feet deep, and watch for rocks down there. It's safer than diving off the cliffs, though.
Man, that is a nasty sunburn. Better put some vinegar on it. They have several gallons of the stuff.
Up on the rail, you grab that stupid straw hat off Coach's head, and he grabs for it, just as you leap into the water. With both grabs, holding tight, the cheap straw job rips apart. And you bounce on the fiberglass of the boat, just before hitting smooth surface.
We're looking for a bloody trail in the water.

No blood in the water. In fact, while it is hot, let's try the cliffs.
Amazing, I never knew that kid could dive like that.
Like Lao Tzu says, being loved by someone gives you strength, while loving someone gives you courage. A few of us loved everyone. Courage followed.

"I ain't kiddin' ya. We would make a beautiful cover."

Talent and time will tell. It will tell what's going to happen to you. When you are living vicariously through your children? Words and music. But music first. Thirty-five years from now, when your trying to remember who you are, and who you were, the music comes to you. The words follow.