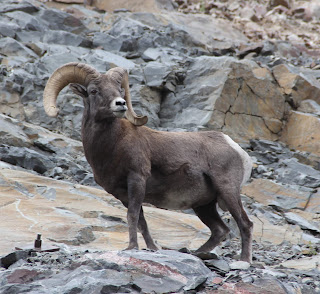 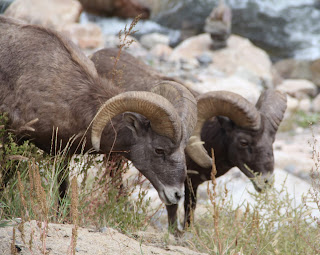 Rescued by bighorn sheep, the man takes the name of their leader, Big Metal

At the Southern Ute Cultural Center and Museum, near the Sky Ute Casino Resort in Ignacio, in southwestern Colorado, inside a buffalo robe teepee, you hear the recorded voices of Ute elders telling stories:
"In the beginning, the great spirit (Sine-wav) lived alone in the middle of the sky. After a while he grew lonesome and wanted to make something new. So he poked a hole in the heavens and poured dirt through it to make the mountains. Then he came down to earth and touched it with his magic stick. Where he touched the earth, water flowed and bushes and trees grew. In the fall, when leaves turned bright colors and fell off the trees, he gathered them up. He took the prettiest leaves into his hand and blew on them and they grew wings and became birds," the Elders said.
"The Great Spirit made bears, buffalo, bighorn sheep, rabbits, squirrels and coyotes. Coyote, ever curious, waited to see what the Great Spirit would take out of his work bag next. Impatient, Coyote opened the bag. Many, many people came running out, running in every direction and speaking many different languages. The Great Spirit had planned to give each group its own place on the earth so they would not fight. Their fighting, and that of the animals, stained the land and the rivers red with blood — giving Colorado its name. The Great Spirit grabbed the bag and saw that only one people remained. He set them down in the mountains where they would be closest to him. Then he said: These people will be very brave and very strong. They will be called Ute," according to lore.
"As mountain people, the Utes emphasize their heritage as hunters of large game including elk, big horn sheep, deer, and pronghorn. They also traveled to the Plains to hunt buffalo and, like the Western Ute, supplemented their food resources by hunting small mammals such as rabbits and squirrels. With the availability of horses from the Spanish colonies in the southwest through capture or trade by the early 1700s, the Utes became increasingly involved in buffalo hunting. Plains style hide (and, later, canvas) tipis, which were much easier to transport with horses, became more prevalent although people continued to build their brush lodges for summer use," says Emma I. Hansen, Curator Emerita, Plains Indian Museum.
"We don’t have a migration myth because we have always been here," Hansen attributes to an Eastern Ute elder.
Bighorn sheep were among the most admired animals of the Apsaalooka (Crow) people, and what is today called the Bighorn Mountain Range in Montana, was central to the Apsaalooka tribal lands, says Rick and Susie Graetz in their book, "About the Crow: Introduction."
In the Bighorn Canyon National Recreation Area book, storyteller Old Coyote describes a legend related to the bighorn sheep. A man possessed by evil spirits attempts to kill his heir by pushing the young man over a cliff, but the victim is saved by getting caught in trees. Rescued by bighorn sheep, the man takes the name of their leader, Big Metal. The other sheep grant him power, wisdom, sharp eyes, sureness-of-foot, keen ears, great strength, and a strong heart. Big Metal returns to his people with the message that the Apsaalooka people will survive only so long as the river winding out of the mountains is known as the Bighorn River. 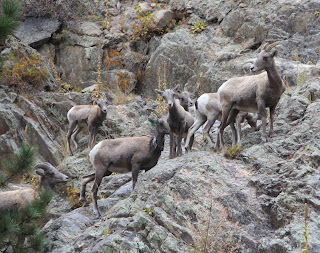 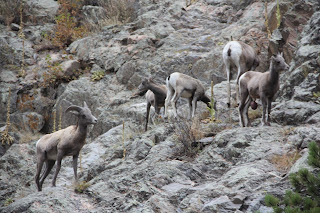