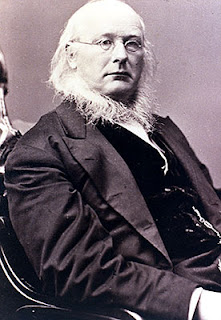 Reformer Greeley ran against Grant as a Liberal Republican

Founder and editor of the New-York Tribune, the New-Yorker, and financial backer of American publications all over the country, Horace Greeley, was a surprising force in politics, media and the generation of new ideas.

His promotion of utopian reforms such as socialism, vegetarianism, agrarianism, feminism, and temperance, led to the formation of his namesake Northern Colorado city, (originally known as the Union Colony) and in 1854, he helped found, and may have named the Republican Party.

Long active in Whig politics, he served briefly as a congressman from New York, and was the unsuccessful candidate of the new Liberal Republican party in the 1872 presidential election against incumbent President Ulysses S. Grant.

As early as the spring of 1837, during a business panic Horace Greeley advised young men to go west. But at that time, "West" meant the borders of Ohio, Michigan, Illinois, Wisconsin and Indiana.

"I say to all the unemployed and able-bodied, leave the cities without delay. You have a winter in prospect of fearful, unexampled severity — the times are out of joint— go to the Great West, if you have money to go so far."

Though he lectured about that advice for years, it wasn't until the spring of 1859 that he made serious trip to what would become Colorado.

"Now, in 1859, he intended to see for himself if the gold reports from the Rockies were true or false," wrote Mrs. Elmo Scott Watson in an August, 1962, Denver Westerners' Roundup.

Many new developments in this area awaited Greeley's attention in the Rockies.

"Denver City was new, established in November, 1858, and named for James W. Denver, previously the governor of Kansas territory. Auraria, westward across Cherry Creek, was about a year old, named for a small mining town in in Georgia. The Leavenworth and Pikes Peak Express service was new, operating two coaches daily, starting from each end of the line... The Rocky Mountain News was new, and so was Cherry Creek Pioneer, although the later rival was soon absorbed by the William H. Byers, founder of the News. The gold strike at the Gregory Diggings was new, discovered on May 6, just three days before Mr. Greeley started his trip from New York City," wrote Watson.

At the the end of May, Greeley boarded one of the two red coaches of the Pikes Peak Express Company headed west. The coach, costing $800 each at the time, was hitched to four Kentucky mules that were trained to start at a dead run, and drivers were well-paid, experienced and fearless.

On June 1, Wednesday, at Station 16, there was a swarm of jostling, begging Araphoe children and women.

"They are thorough savages," Greeley wrote. And that he was glad to get away from their presence.

Later that same afternoon, almost to Station 17, there was an accident.

"The stage was wrecked and Mr. Greeley was severely injured. This misfortune changed his plans for a pleasant sojourn in Denver, ... and the Rock Mountain News suppressed any mention of the accident or the injury to this distinguished visitor," says Watson.

Greeley wrote of the troubles himself, in the New York Tribune.

"We began to descend the steep bank, the driver pulling with all his might, the mules acting perversely (being frightened, I fear by Indians) ... when the left rein of the leaders broke and the team was in a moment sheared out of the road and ran diagonally down the pitch ... I was alone in the state, and I of course, went over with it ... When I rose to my feet as soon as possible, considerably bewildered and disheveled, while the driver, considerably hurt, was getting out from under the coach to go after the mules, I found I had a slight cut on my left cheek, and a deep gouge from the sharp corner of a seat in my left leg below the knee, but I walked to the station as firmly as ever."

The next day, Greeley noted that he "was so stiff he could hardly move."

A young reporter in Denver writing for the Cincinnati Daily Commercial, Henry Villard, noted his arrival there a few days later.

"This community was startled by the appearance of Horace Greeley who unexpectedly dropped among the astonished denizens of this and adjoining places. He arrived in one of the Express coaches in rather dilapidated condition, the consequences of being upset some 300 miles east of here. His countenance bore a variety of extemporized plasters, his inexpressibles revealed several tears, and the use of his left leg had become almost impossible by the severe cut he had received immediately below the left knee," wrote Villard in his dispatch.

According to accounts from such notables as Greeley, William Byers, Gen. Will Larimer and Beverly Williams, met to decide what would be the story for the press, at the time.

"It was unanimously agreed that no mention wreck, or of Mr. Greeley's injury would appear in the Rocky Mountain News. Mr. Greeley preferred to minimize his disabilities when he wrote his family and colleagues in New York," said Watson, in her account.

Other accounts had Greeley, basically retire to a cabin provided by Gen. Larimer for the remaining 10 days of his trip and arranging for an "ambulance" with four mules and driver to take him to Fort Laramie, some 200 miles to the north.

According to free-lance reporter A.D. Richardson's version, who actually was brought in to concoct a story to be printed in the News, Greeley did not appear in public at all those last 10 days in Denver, and in a book he later wrote, said that Greeley "lay prostrate for three weeks after our return, and indeed his injury was so severe that a year later he was still limping."

In fact, Greeley limped for the rest of his life until his death in 1872.

During the Civil War, Greeley mostly supported Lincoln, though urging him to commit to the end of slavery before the President was willing to do so. After Lincoln's assassination, he supported the Radical Republicans in opposition to President Andrew Johnson. He broke with Republican president Ulysses Grant because of corruption and Greeley's sense that Reconstruction policies were no longer needed.

Greeley was the new Liberal Republican Party's candidate in the 1872 U.S. presidential election. He lost in a landslide, despite having the additional support of the Democratic Party. He was devastated by the death of his wife, who died five days before the election, and died himself three weeks later, before the Electoral College had met. 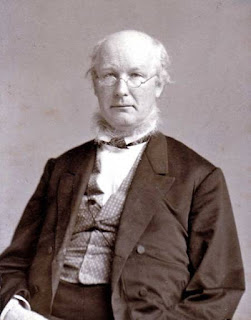