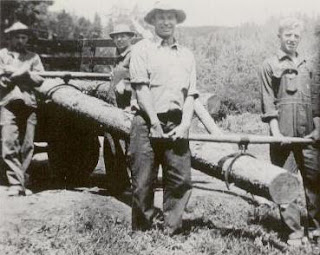 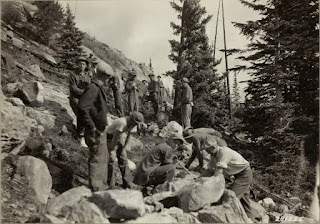 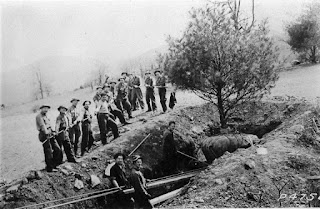 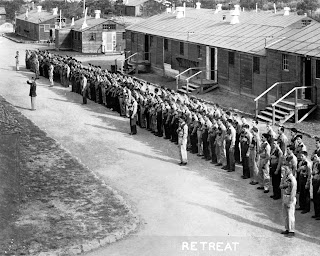 That's my grandfather, William "Bill" Rutherford helping lift that log in the first photograph. I'm not sure where you obtained the image but I'm tickled to see it. He was a USFS foreman and supervisor in CCC and FERA camps from 1933 to 1942. He wasn't at the Saylor/Woodland Park camp so far as I know and I believe that photo was taken down by Wuanita Hot Springs in 1933.