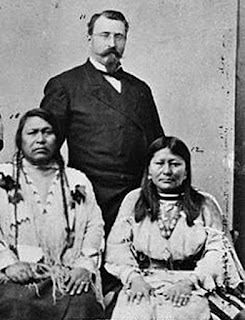 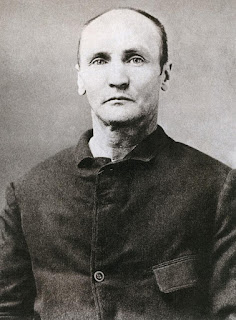 Rescuer of the Meeker women, Ouray's friend,  took Packer back to Los Pinos

Top photo: Charles Adams is flanked by Ouray and his wife Chipeta in a photo taken in Washington, D.C. during treaty talks in 1880.

Bottom Photo: Prisoner Alfred Packer upon his release from prison in 1901.

Charles Adams Schwanbeck is the descendant of the Las Vegas crime victim and hero, Brett Erin Schwanbeck! He will be thrilled today!

Schwanbeck is a true hero!