Gifts from the "Yoda" of community journalism 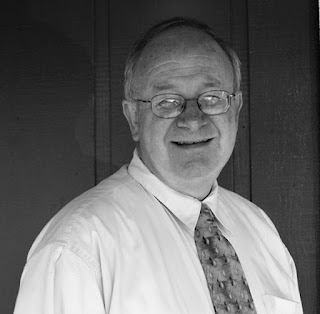 I still, to this day, relish telling J. Tom Graham stories of my own, and ones that he told me over time.

A number of years ago, in late December of 2000 to be precise, long-time newspaper publisher J. Tom Graham sent me a package with collection of giant postcards from the old Sanborn Souvenir Co. of Denver.

Sanborn was a publisher of books and postcards of the American West from 1920 to 1976, but mostly of Colorado and Wyoming. They first produced real photo postcards carrying the Sanborn name. They later went on to produce tinted halftone postcards and eventually photochromes.
J. Tom, my good friend and mentor, told me he had bought them at yard sale in Pasadena, Texas, if I remember correctly.
I was publisher of the Courier at the time, and he said he thought I could possibly get some use out of them. He was Chief Operating Officer of the 60-plus newspaper group we were owned by at the time. J. Tom was a charming character, that had written for the Stars & Stripes while in the service during Korea.
He also had worked for Rupert Murdoch in the Australian outback, written the popular book "Quaint, We Ain't," ran papers of almost every size, and even made a living for short while as a stand-up comedian.
I still, to this day, relish telling J. Tom Graham stories of my own, and ones that he told me over time. The old newspaper editor, publisher, self-described sweep-out boy, lost a long battle with cancer in October and I was thinking of him when I ran across these.
For about 15 years, I wrote a monthly column for the trade magazine "Newspapers and Technology. " J. Tom Graham always encouraged that practice and even helped me get a few speaking gigs in Boston and California. I wrote the following column about him when he retired from A.S.P. Westward in 2005, and as mentioned earlier, I have more than a few memories, as well as the  generous image keepsakes that call to mind his wisdom for the ages.
Photographer Harold Sanborn amassed thousands of images showcasing scenes in Colorado, Wyoming, and other Western states, starting about 1920. His son Bill took over the business from the 1950s until 1976.
The postcards were created in the tradition of William Henry Jackson, frontier and train travel photographer who created the tradition and carried it on for more than half a century beginning with the U.S.G.S. survey in the 1870s for Ferdinand V. Hayden, M.D., and on through his work with the Detroit Publishing Company well into the next century.
As mentioned, my good friend J. Tom Graham, appreciated my appreciation of such efforts, and gifted me with following prints many years ago. The images are only representative of the many benefits and other gifts I realized from my opportunity of knowing and listening to such fine newspaper man.

The following column first appeared in Newspapers & Technology in February 2006.

Advice for the ages


An old friend, mentor and survivor of nearly five decades in the community newspaper business, J. Tom Graham, retired at the end of 2005.
Graham is the former chief operating officer of ASP Westward LP, the company that signs my paycheck. But I can’t resist repeating a few “J.Tomisms” from my sounding board of nearly 10 years.
No. 2 on Graham’s “12 tactics for surviving the community newspaper business” was “The Old Man Hanks’ Find-Something” tactic.
The Abilene, Texas, founder of the Hart-Hanks Group had two inviolate rules, wrote Graham. “The first was this: All male employees had to wear hats.
“Forget that rule.
“The second, however, withstands the decades: ‘For every person who comes in the building to give the (Abilene) Reporter-News a story or a tip, the result must be a story in the newspaper.’
“He was adamant,” Graham said. “If an editor could not use what the reader brought in, he had better find something. Every visitor could [then] point to the newspaper and say, ‘That little story was the result of my visit to the paper.’”

Redefine relationship
Today, we need to redefine what an actual reader’s visit is because not too many people have time to come down to the paper anymore. But they will e-mail information to us, and give us phone calls, fax us info, and draw us aside at the chamber mixer. 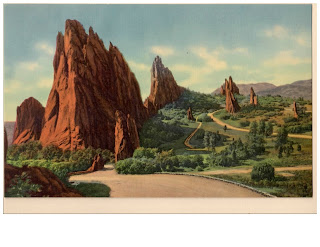 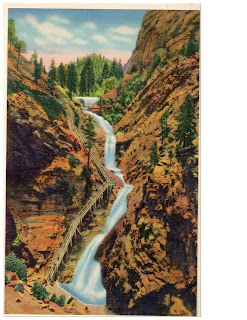 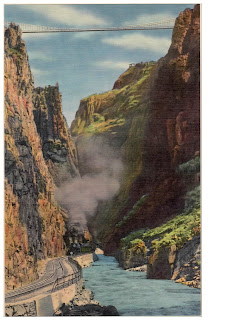 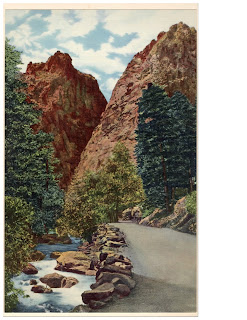 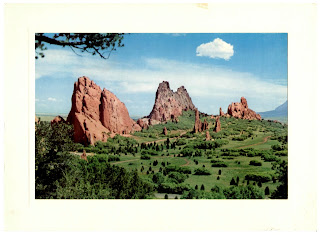 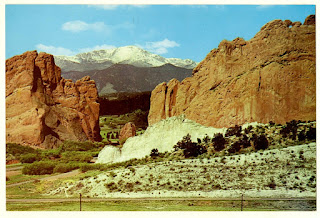 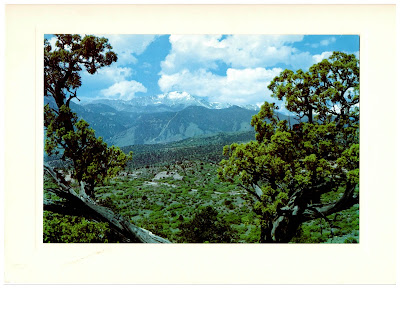 The rule still holds in principle even if it needs adaptation. A newspaper must engage in some type of conversation within the community to survive in today’s world of blogs, instant feeds and explosion of information.
The art of conversation requires an exchange. As a paper, we have to listen well, write it down correctly and present it attractively.
Almost more important, we must provide an easy feedback loop to know how we are doing and how we must change and adapt to current conditions.
Design elements of your paper and its accompanying Web site should encourage this feedback.
To fuel participation, papers should end columns and stories with the writer’s e-mail address. E-mail and Web addresses should be institutionalized in page headers. Surveys asking readers for their opinion about how the paper is doing should be frequent and easy to respond to.
We need to make it easy for anyone to get involved in this newspapering thing.

Making things difficult
How hard is it now to fill out a wedding, birth, death, engagement and anniversary announcement in your paper? How difficult is it to place a classified for a garage sale next week, or to make sure everyone knows there is a scout meeting? Can you do all of that at 2 a.m. when you bolt upright from a sound sleep because you forgot to take care of it during the day? Can you easily take care of it in your underwear? Can you let those guys at city hall know how you feel about the new sign regulations?
If you can’t, maybe your paper is a little one-sided in its conversation skills.
And yes, there is a proper way to manage this flow of information.
J. Tom Graham’s Rule No. 6: “Keep the In-Baskets Empty” tactic goes as follows:
“Brock, the world’s most disorganized editor, would swear on the Bible he knew everything in the three-foot pile climbing out of his in-basket. But, quite mysteriously, stories kept getting lost. When the third obit disappeared into his teetering piles, Brock took his journalism degree and became a clerk in a liquor store.

Hats in the newsroom
“One veteran deskman described newspapering as an ‘organizing contest,’ and he wasn’t far off the mark,” Graham wrote.
“The walls may be stacked and the drawers may be overflowing in a newspaper, but the copy flow system must be meticulously maintained with the in-baskets cleaned all the way down to the wire and not treated as pending files or ‘maybe tomorrow’ stacks.
“The community newspaper version of ‘wire services’ is input from the community. The best way to build input is to get the stories in the newspaper every time, without fail.”
We need to keep that advice in mind. The way this business is changing so quickly, failure to adapt could mean that newspapers will go the same way as hats in the newsroom.

Rob Carrigan specializes in prepress systems for weekly newspapers. He is the publisher of the Ute Pass Courier in Woodland Park, the Gold Rush in Cripple Creek and the Extra in Teller County, all ASP Westward LP weeklies in Colorado.


Every headline-writing hack succumbs at some point to the temptation of alliteration.
I am no better or worse. All things required to run a little newspaper might be boiled down into the “the primary three Ps” - product, people and possibilities.
Product, the most important, focuses on what you should be providing your customers. It has many aspects and includes everything from customer service and content development to production flow and packaging: everything, in fact, to delivery of the final product.
Storing so much under the product umbrella makes the rest of the would-be publisher’s job easier. Even the other two “Ps” have ramifications in the final product. Indeed, product is the ultimate periodical publisher’s pigeonhole.

Consider cost centers
Consider some additional alliteration governing the three major cost centers facing small newspaper publishers: payroll, printing and postage. If you navigate these centers correctly during the budgeting process, chances are you’ll have successfully charted your expense side of the business.
Back to the primary Ps: When focusing on product you must have the most relevant content, the most cost-effective delivery, results-focused advertising, attractive news presentation, an interested readership and a sustaining business model.
And that’s where people come in. People make all of this happen.
In the words of my friend, longtime publisher J. Tom Graham, newspapers will always be a people business.
“We are labor intensive,” Graham said. “If you have good people, you can be a good newspaper. If you don’t, you won’t. So staffing is the most important thing we do as managers.”

Common problems
Graham identifies some common problems community newspapers face when staffing:
*Rewarding too many key people not to get their job done.
*Hiring too few salespeople. You should have at least one for each writer. Salespeople should bring in three times as much revenue as their cost to the company. Keep hiring and firing until you reach that point.
*Recruiting key people instead of promoting from within. New management hires have no better than a 50-50 chance of success; those promoted usually are successful between 80 percent and 90 percent of the time.
*Under-challenging key people. To us the world looks busy because we are. Most of our best employees could do much more.
*Giving an employee responsibility without authority. People make the difference.
With product and people now addressed, that leaves “possibilities” up to you. Technology, training and trying out new things might all offer additional possibilities. Another great lesson of the newspaper industry has to do with avoiding assumptions. Don’t assume anything. It is your safest bet in this business. Things change and what worked before may not work as well the next time.

Simple ideas
Good ideas can come in the simplest forms. In a recent conversation with Steamboat (Colo.) Pilot & Today Editor Scott Stanford, an idea to share local news budgets with other ski-area newspapers has offered him the opportunity to print more skiing-related content popular with many of his readers.
To do that, each day he e-mails newspapers a copy of his rundown of local stories and photos. The other newspapers return the favor, and then each selects the stories it wants to exchange. This sharing occurs despite the fact the papers are owned by different companies.
The swap is simple, via e-mail. Stanford said both the WorldWest LLC-owned Pilot and rival newspapers benefit from the arrangement.
The relationship also allows Stanford to rely on the resources of those newspapers when circumstances warrant. Instead of sending a Pilot & Today sports reporter to cover some far-flung high school basketball game, Stanford can print the game wrap-up filed by the cooperating newspaper.

Ask for help
When trying new things, if you don’t know how to do something, ask somebody who might. Help can come from the strangest of places but the obvious starting point is newspaper directories and entries for operations that are similar in size and function to your own.
One final thought. The primary three Ps can go a long way to solve the most pressing publishing problems, but, personally, publishers should probably plan to punish all annoying alliterating authors.

Rob Carrigan specializes in prepress systems for weekly newspapers. He is the publisher of the Ute Pass Courier in Woodland Park, the Gold Rush in Cripple Creek and the Extra in Teller County, all ASP Westward LP weeklies in Colorado.

He can be reached by e-mail at robcarrigan@yourpeaknews.com
Posted by ___ Restless Native at 12:47 PM