Trains, magic, helping out, and seeing is believing 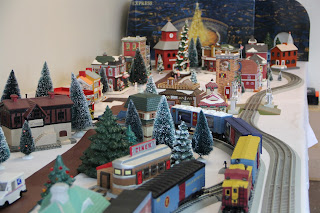 This story was written in January of 2016, as they set up for the last time in Palmer Lake. Gary Coleman passed away on Nov. 15, 2016, and Travis went to live with his sister.

Sometimes the most real things are the ones we can't see

The Polar Express is basically the story of the power and magic of believing. Gary Coleman, 70, and his son Travis, 42, of Palmer Lake, know a thing or two about believing, and trains, and magic.
They are true believers.
Every year, for the last nine years, the two have created their own version of The Polar Express and used it to promote good, help people, and capture some winter-time magic locally. And though they got late start, this year is no different. With the help of family and friends, they set up O scale train layouts and recreate the worlds of wonder with the look and feel of small town America, and more than a few links to their hometown. This year's display is located in West End Center in Palmer Lake and encompasses really four different Polar Express trains and a trolley car, in at least two different gauges, and space of more than five full sheets of plywood.
"This year, any donations we collect will go to the children of victims of the Black Friday Shooting in Colorado Springs," said Gary Coleman.
The two have collected donations over the years for the Palmer Lake Fire Department, Awake the Lake, and other local efforts. Some years they raise as much as $700, Gary said.
The displays have been located many different places, including The Depot Restaurant, the Rock House, West End Center and the Western Museum of Mining and Industry, and the Depot still provides tickets for a cup of hot chocolate. That was where the original setup occurred years ago.
"We basically outgrew our own living room with all the layouts, even though we took all of our furniture out to make room. Alicia gave us a room upstairs at The Depot."
The setup was late getting started this year because trouble locating setup space and Gary fell, breaking his glasses and cutting his head. The arrival of new glasses enabling him to see well enough to put the complex layouts together delayed the process for the former Land Survey Company owner, mail carrier, and Palmer Lake Town Board Member.
But The Polar Express is not the Coleman's first railroad.
"My dad was the ticket supervisor at Union Station in Washington, D.C.," says Gary.  "When I moved out west with my mom, he would bring a train set, and other presents every year for Christmas, and spend all night setting them up so they would be operating on Christmas morning. I have liked trains ever since," he said.
That, in fact, played a role in him locating in Palmer Lake, alongside the Burlington Northern Santa Fe tracks and train-watching community. He and Travis have been collecting and engineering miniature railroads since Travis was very young, and that life-long pursuit has rubbed off on other members of the family. His wife Mary, until her death nearly six years ago, helped paint buildings in the town, and collect Caribou, and create trees, bridges and other structures. A step daughter still helps Gary add to the fire department collection every year with a new engine, and things like El Paso County Sheriff's vehicles grace the landscapes.
"My favorite," says Travis of an American Flyer S Scale layout that looks hauntingly familiar to local landscapes with a diner reminiscent of Rosie's, and two Starbucks stands.
Posters of Santa and movie trailer shot adorn the walls and there is even a Star, complete with multiple engines and a replica of the bell, made famous by the movie.
And speaking of believing:
"At one time most of my friends could hear the bell, but as years passed, it fell silent for all of them. Even Sarah found on Christmas that she could no longer hear its sweet sound. Though I've grown old, the bell still rings for me, as it does for all who truly believe," says main character Hero Boy in the movie The Polar Express.
For Travis and Gary Coleman the bell will never be silenced, and as the conductor said, "The thing about trains ... it doesn't matter where they are going. What matters is deciding to get on."
Sometimes, however, the most real things in the world are the things we can't see. 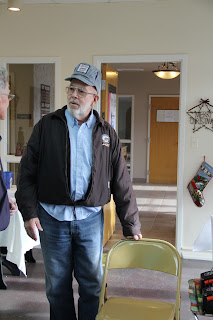 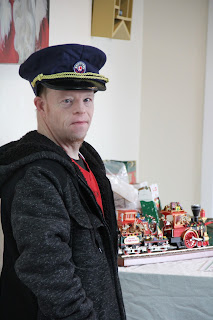 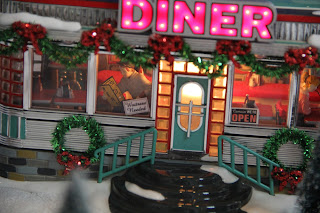 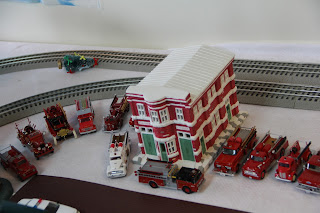 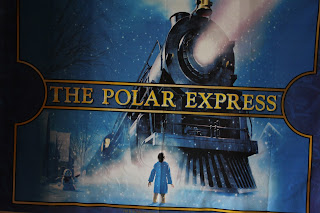 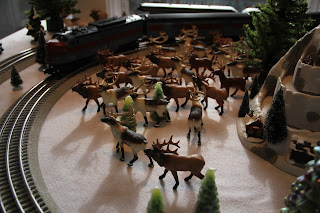 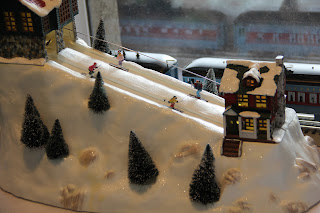 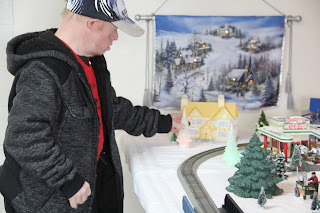 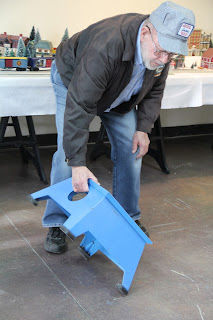 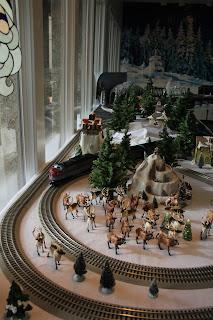 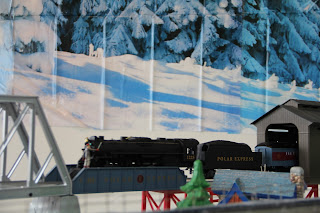 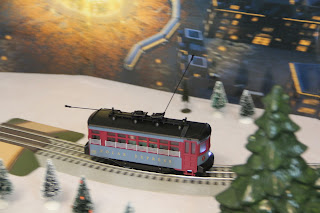 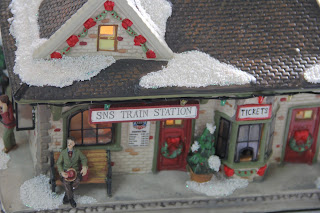 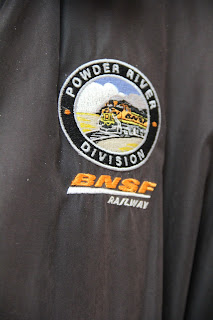 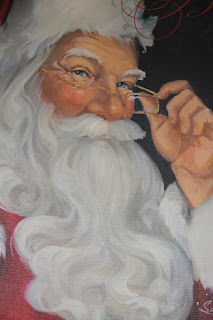 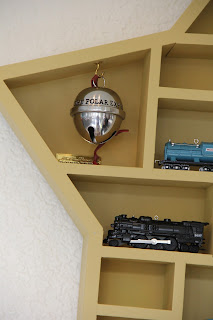