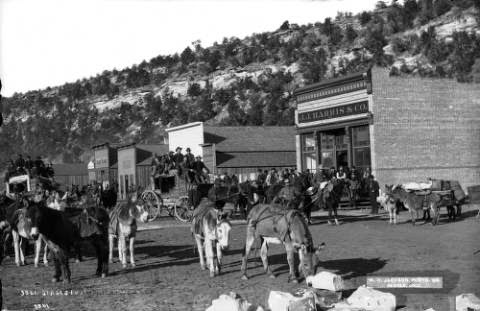 The iconic "Stage to the San Juan" Jackson photo must have been taken between 1891, and the fall of 1893

For me, it is almost a personal relationship with William Henry Jackson photos.
Starting the day after Thanksgiving in 1978,  I worked for Taylor Hardware in Dolores, Colo. for more than seven years with Merton Taylor and his family. Merton's father, George, had owned the store and had been around almost as long as the building, I think.
The old J.J. Harris & Co. building was built with the first structures in town when the little village was relocated upriver about two miles from Big Bend, on the Dolores River, when the Rio Grande Southern arrived in 1891. The hardware store still had elements of a bank, and beautiful hardwood floors that we mopped every day as long as it stood.
I speculate the iconic "Stage to the San Juan" Jackson photo must have been taken between 1891, and the fall of 1893, when the Silver Panic that year slowed activity of  the second San Juan rush and boosterism of that period. Merton had several copies of the photo (some displayed in the store) and Jackson must have spent the greater part of a day or two in Dolores, as he had had multiple frames. I have never been able to precisely date it but other photos appearing in Jackson albums indicate that he was likely shooting for a railroad company, and created at least several week's worth of work in the area.
The day after Christmas, in 1984, a terrible fire, that began in the T. H. Akin Merc. building next door (old building, but had not yet built at the time of Jackson's photo) destroyed the building.
I would guess the other photos included here, one from Rico by Jackson, and Cowboys of the Dolores were produced about the same time, perhaps in the same trip. But that is just speculation, as Jackson easily could have visited my hometown, Dolores, on several occasions. 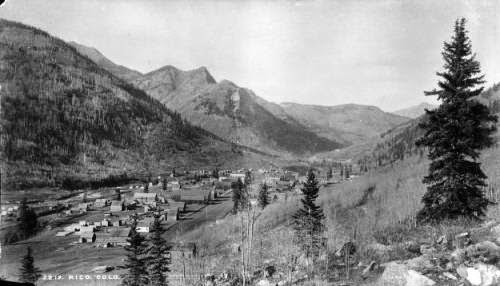 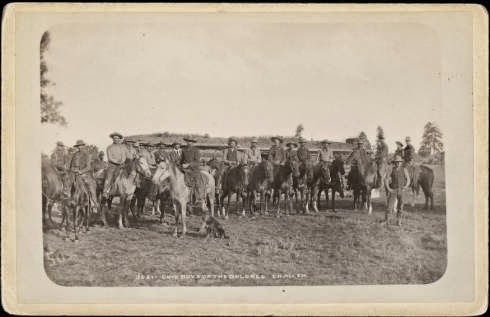 Frame 1: Stages from Dolores
Creator: William Henry Jackson
Sumary: Stages load with men are in the street in front of the J.J. Harris & Co. mercantile store in Dolores (Montezuma County) Colorado. men stand on the sidewalks, and in the street, some with mining equipment and guns. A burro packtrain is in the street.
Date: Photo created between 1882 and 1900?
Attribution to Jackson based on the photo negatives inclusion in the History Colorado William Henry Jackson Collection. Hand-lettered twice on the negative, "3861." Phot negative, glass, 5" x 8."