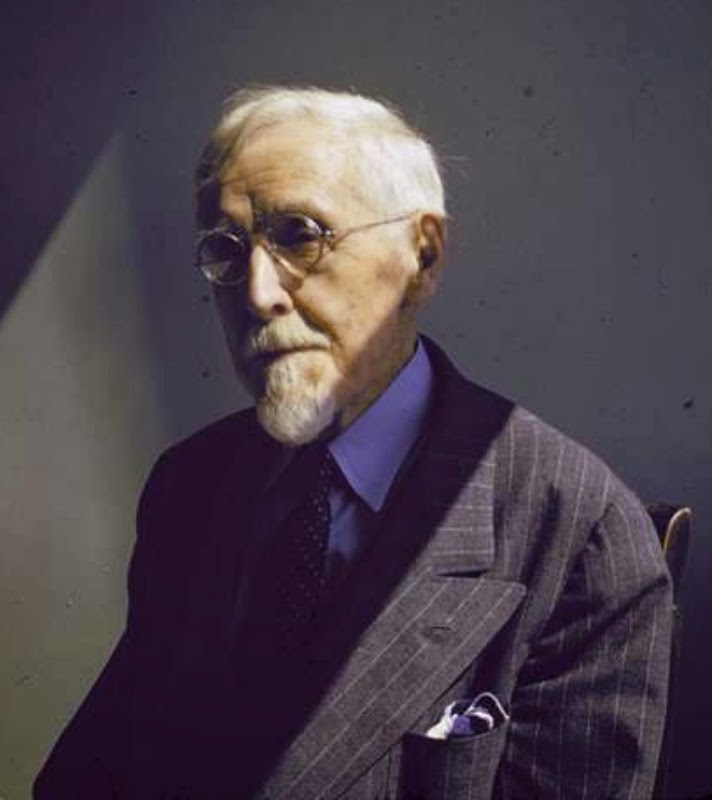 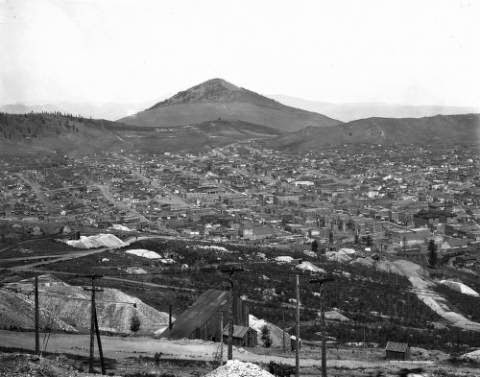 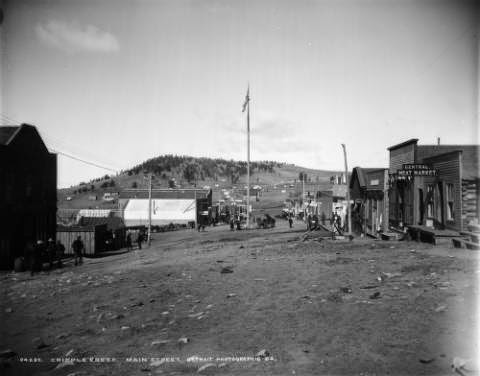 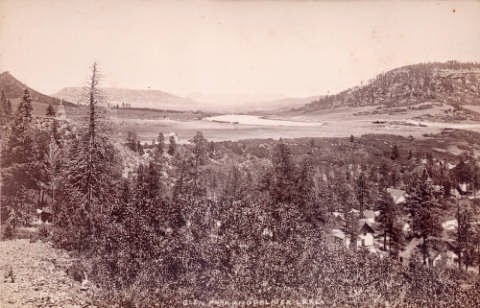 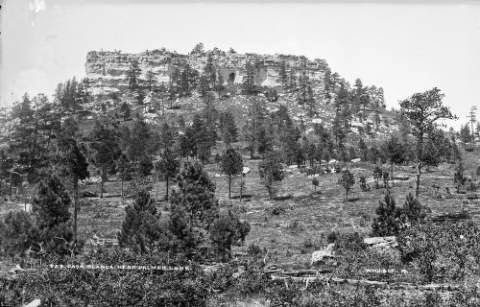 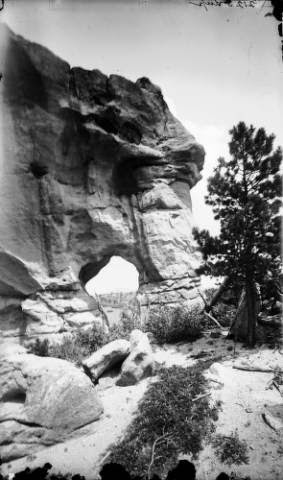 In Colorado, the images are like a old friend from your hometown that resurface every so often to help remind you of where you came from. They are familiar, inspiring, soulful and bear traces of your past and your future — a careful snapshot of place, and time, and being.

William Henry Jackson roamed the American West (and other places) taking photographs, painting, guiding other artists, documenting progress and promoting the western experience for more than 80 years. In just photographic negatives, an excess of 80,000 images attributed to Jackson, capture the essence of the period and space and time.

Inspiring rich development of the craft and launching thousands of artists along similar quests for beauty, understanding, and spirit — Jackson still impacts us today through the work of John Fielder, Ansel Adams, his own images, and just about everyone who stood out on a high point above their hometown, or river valley, or mountain, and photographed an expansive shot of their favorite places.

Locally, Jackson provides us with some of our earliest images of the places we call home and documented the construction of the railroads, the early Hayden Survey information of land forms before we started building, and peek at our past. Heyday in gold camps, embryonic construction of towns, and familiar landmarks offer us insight and understanding today, and far into any future.

"The trademark style of Jackson's railroad views quickly turned him into one of the most sought-after landscape photographers of the nineteenth century," wrote Eric Paddock, curator of the Photography of the Colorado Historical Society in the forward of John Fielder's popular "Colorado: W. H. Jackson, John Fielder, 1870-2000" coffee table book.

"The technology of the day forced him to develop his glass negatives on the spot, which required him to carry a portable darkroom and bottles of chemicals as he went. That burden also gave him the advantage of seeing his work immediately — he could take the pictures over and over until nightfall if necessary, making any changes that he wanted until satisfied," wrote Paddock.

"His success with the D & RG led to commissions from virtually every major railroad in the western United States and Mexico and most minor ones, too. Each assignment demanded that each railroad be cast in the most heroic light to boost tourist as well as freight traffic. Jackson often spent weeks or even months at a time, photographing the railroads and all of the cities and towns, ranches, factories, and resorts they served. These photographs gave his clients more than they asked for ..."

First learning the trade as a boy early studios of his boyhood homes of Rutland, Vermont and Troy, New York, Jackson's nine months as a soldier in the Union Army, including the battle of Gettysburg, later was noted as he attended the 75th commemoration and reunion of Gettysburg in July of 1938.

Among his long list of accomplishments: More than 10 years work on the Hayden Geographical Survey including some of the earliest and best documentation of Yellowstone area, Mesa Verde, Mancos Canyon, Jackson exhibited photographs and clay models of Anasazi dwellings at Mesa Verde in the 1876 Centennial Exposition in Philadelphia, owned portrait studios in Nebraska and on Larimer Street in Denver, served as president and plant manager of postcard maker Detroit Publishing Company which sold over seven million photographs by 1902, produced work with Harper's Weekly and the World Transportation Commission, and later in life, painted murals in the United States Department of the Interior in Washington, D.C., and served as a technical advisor on the filming of "Gone With the Wind." He died in New York City in 1942 at 99, and recognized as one of the last surviving Civil War veterans, and was buried in Arlington National Cemetery. 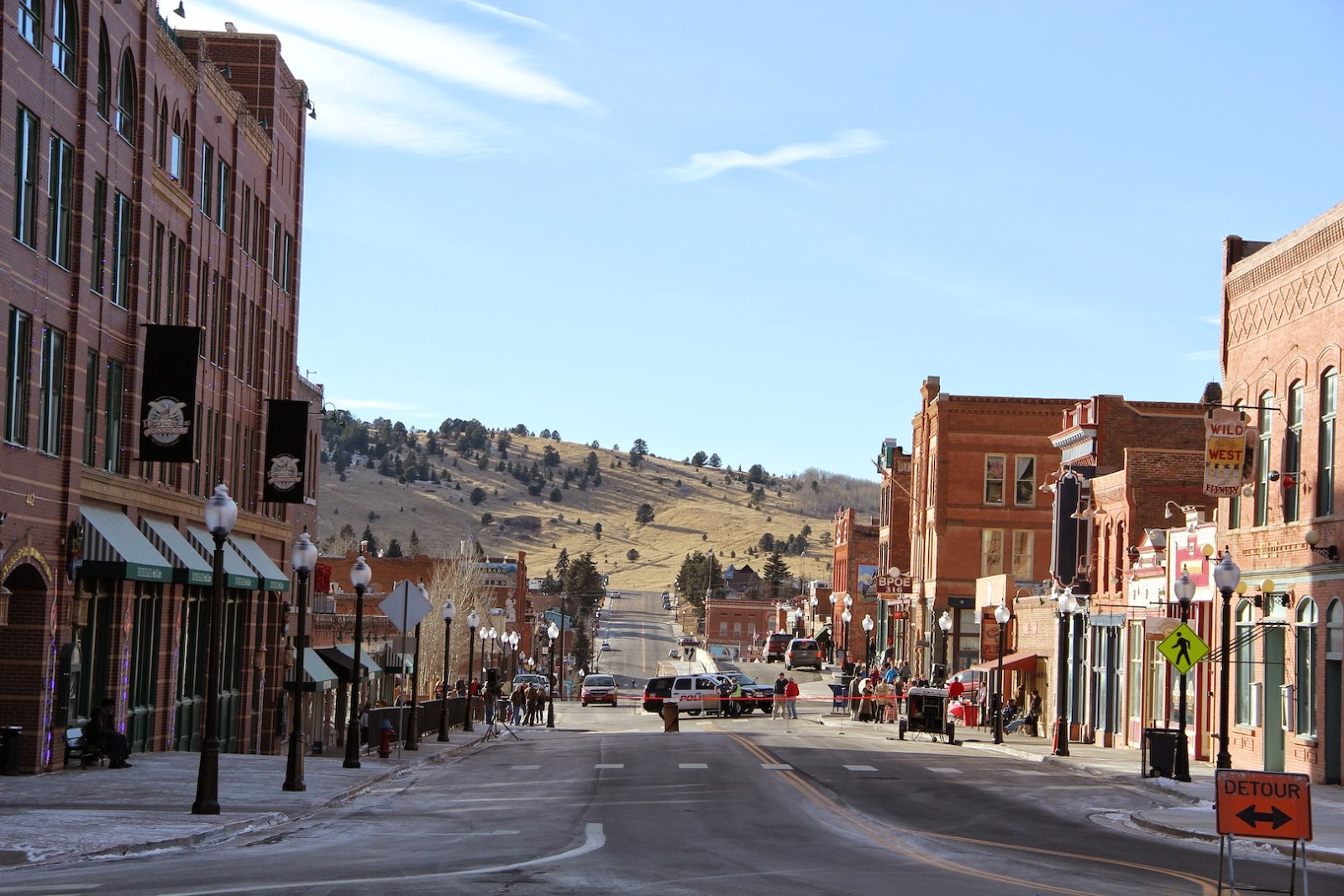 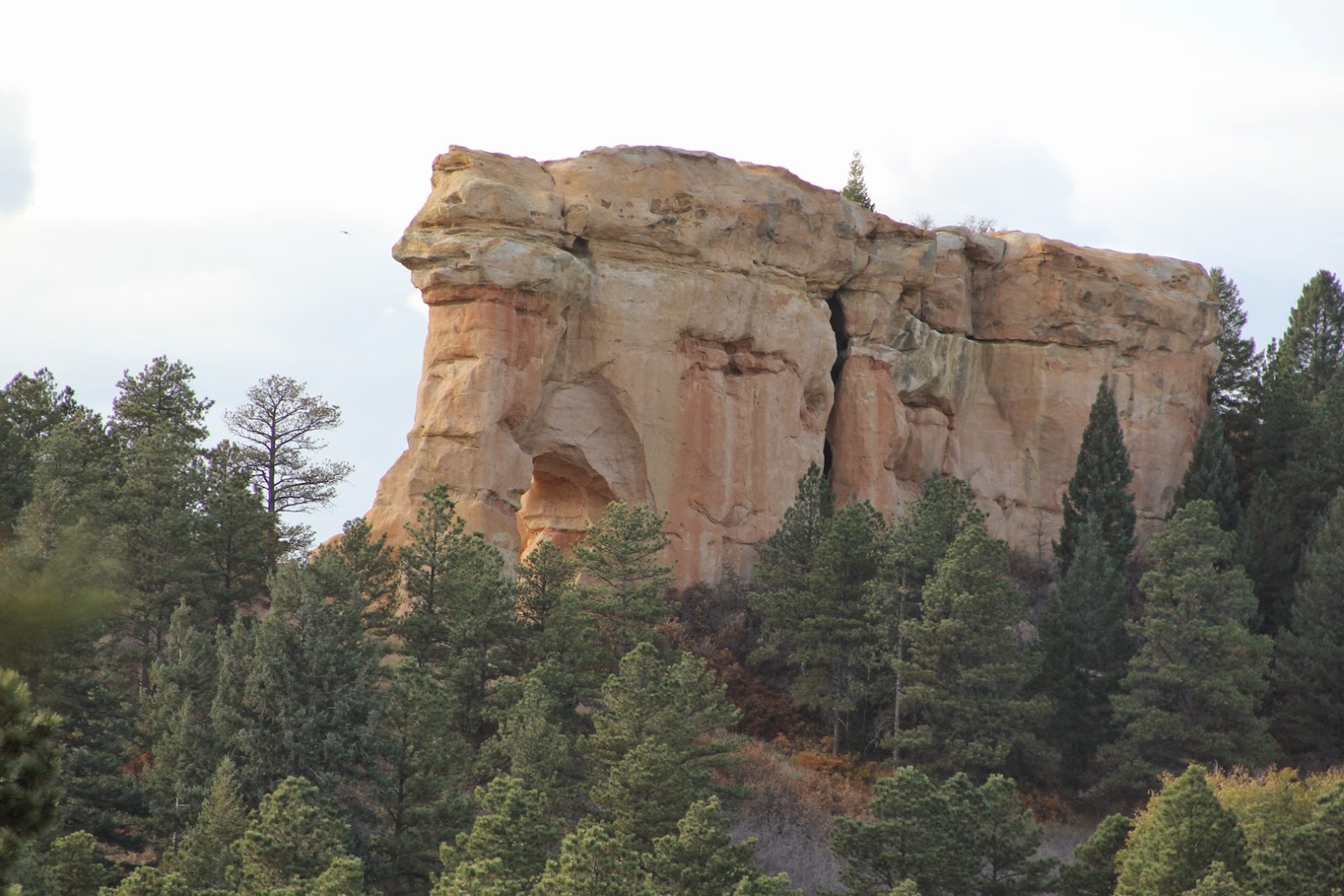 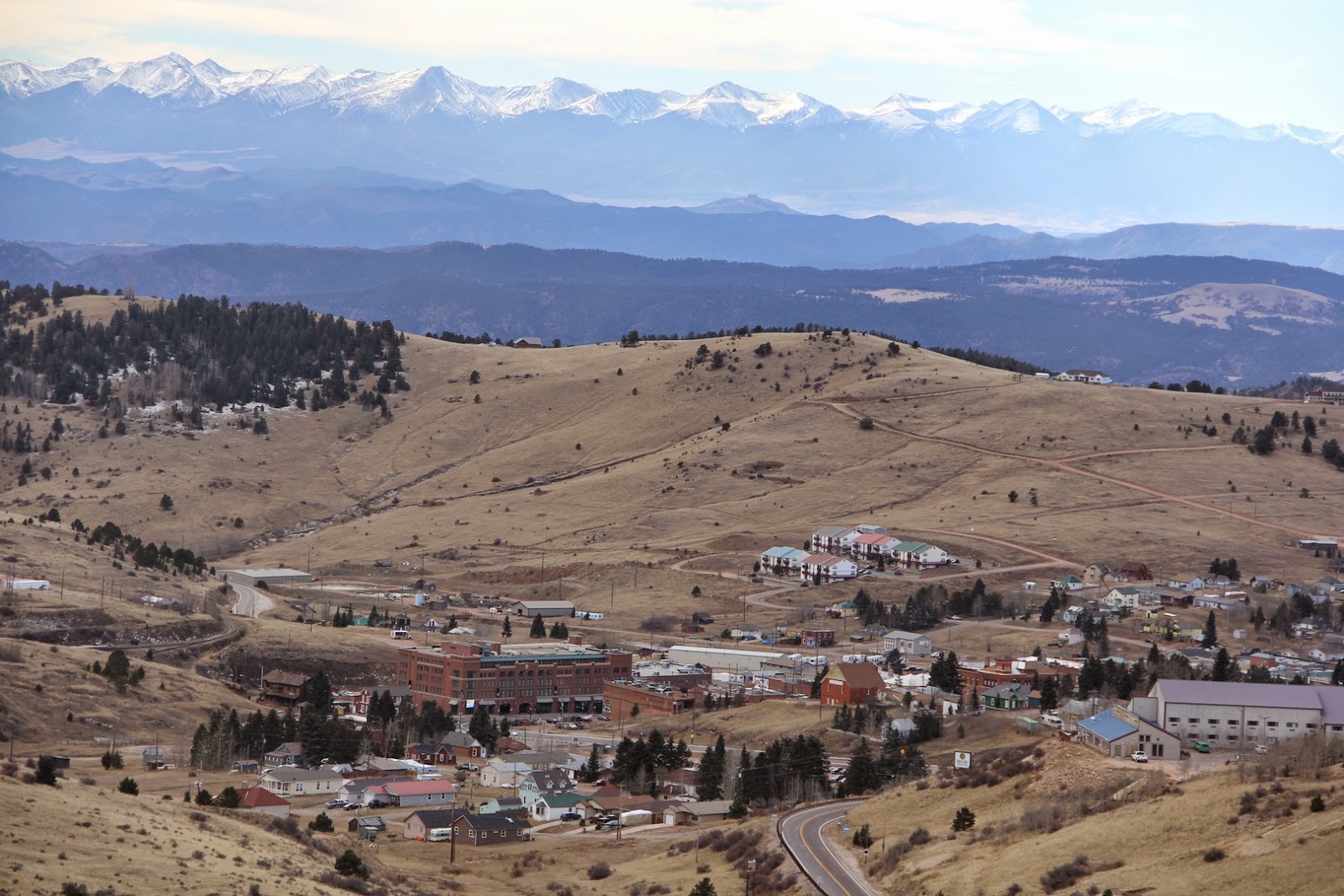 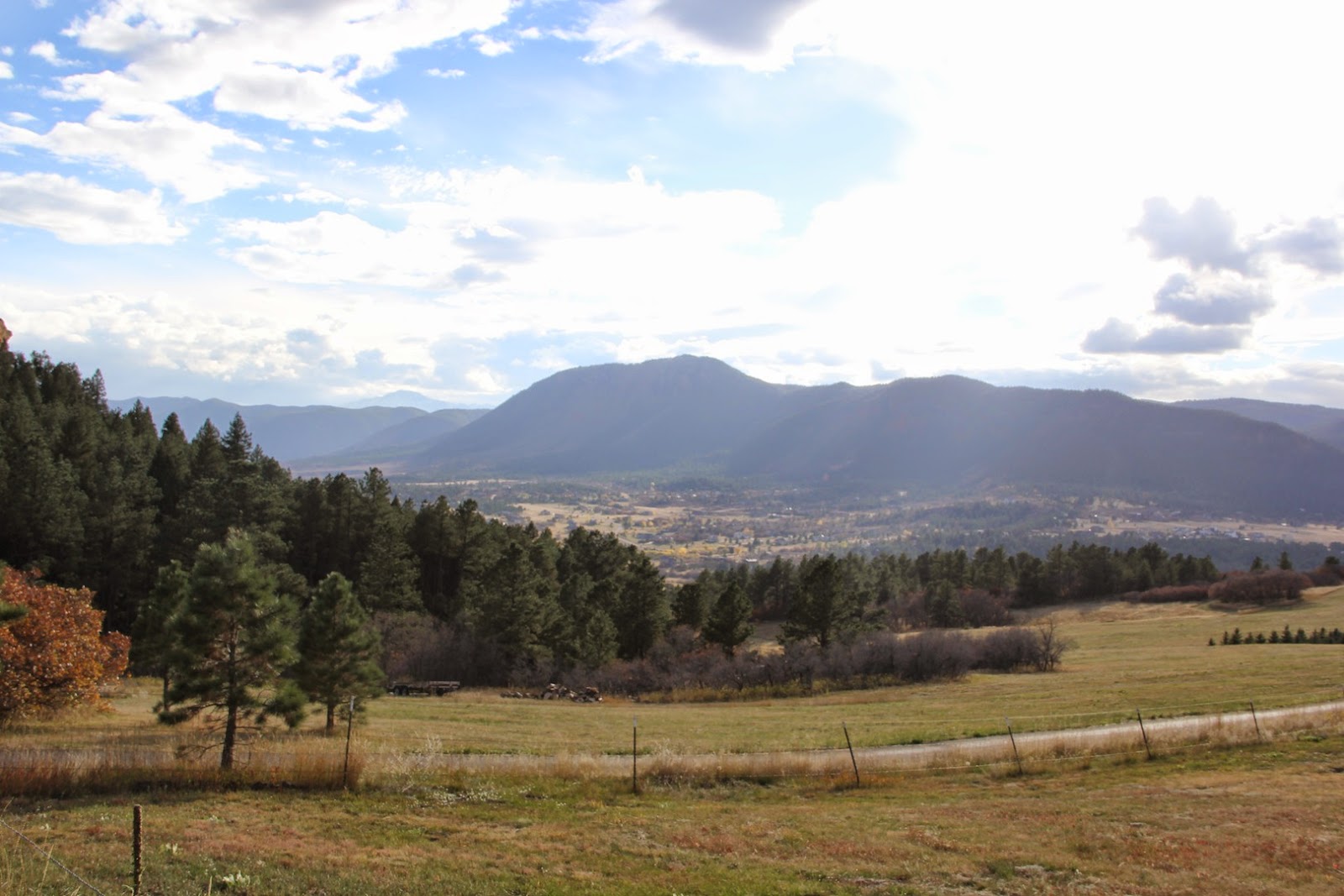 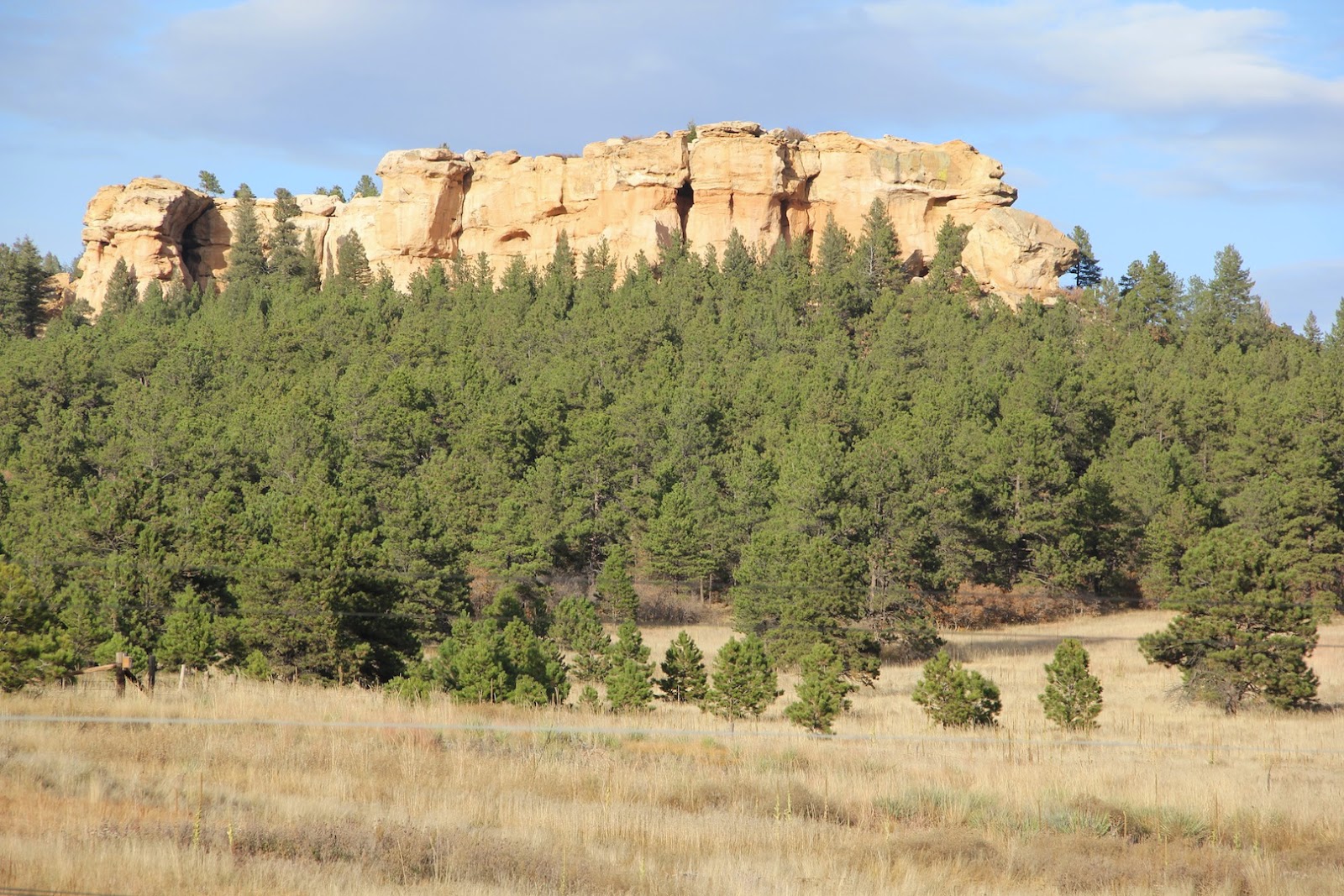 Frame 1: Mining town of Cripple Creek shows the National Hotel and Gold Mining Stock Exchange, one and two-story wood frame residences, multi-story masonry commercial buildings, churches, and a school. Mining structure on hillside. A locomotive on trestle bridge and Mount Pisga are in the distance. W.H Jackson, circa 1910.

Frame 2: View of Cripple Creek (Teller County), Colorado. Shows flagpole in the middle of a dirt street, Central Meat Market and wood frame commercial buildings with false fronts, one under construction. A horse and wagon are near the flagpole. W.H. Jackson, circa 1891.

Frame 3: Glen Park and Palmer Lake shows frame houses, Atchison Topeka and Santa Fe Railroad grade under construction in the distance. A gazebo is on a hill. W.H. Jackson, 1887.

Frame 9: In the valley overlooking Rampart Range, near Palmer Lake and the Glenn. Rob Carrigan photo.