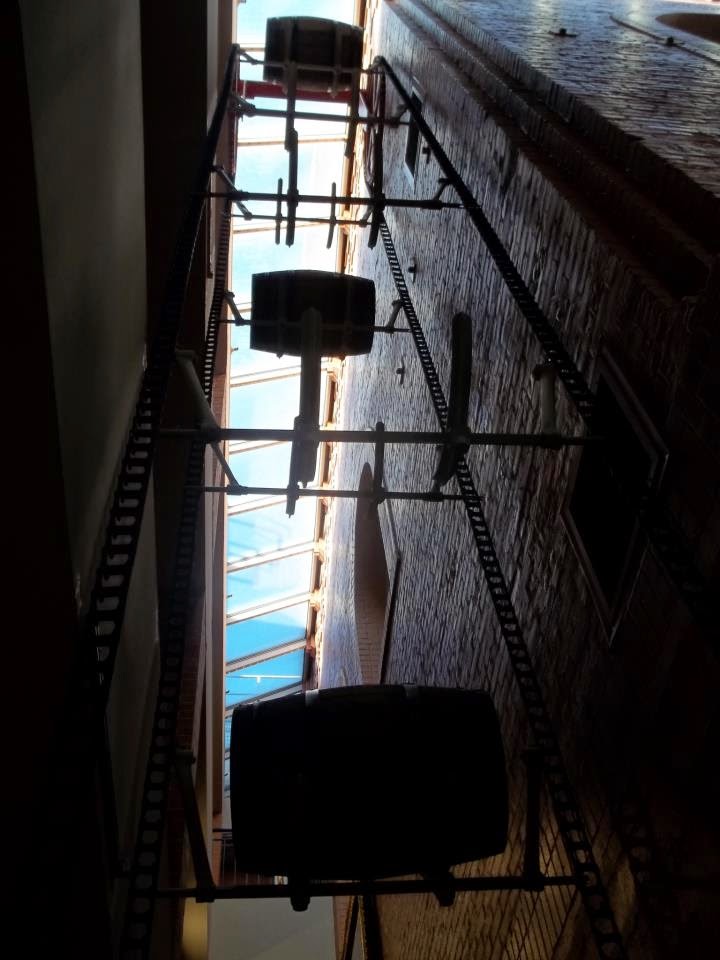 As his brewery prospered, he purchased buildings to lease back to prospective saloon owners who, in turn, would sell beer in their establishments

I have a long history of thinking about beer when I write.
My first official beat as a reporter on a daily newspaper was "breweries and beer."
It was 1982, and I was a student at Colorado State University in Fort Collins, and Anheuser-Busch was considering building a facility north of the city. Not everyone thought it was a good idea at the time, but it was certainly fun to write about. Affording opportunities like 'up close and personal' with Clydesdales on their first visit, the "short tour" at Coors every Friday, the birth of micros- like New Belgian, and Odells, etc...
I am thinking about beer today, as Tivoli announces moves to re-establish a brew house and tap room in the Tivoli Student Union building at Auraria campus in Denver next year, and we approach Repeal Day next month. Tivoli Brewery and Taproom is expected to roll out the barrel in early 2015, and Metropolitan State University of Denver's Hospitality, Tourism and Events program says they will train students in its beverage-management program and "apply to a wide variety of potential employment opportunities, including brewing sciences, beer industry operations, sales and marketing, and brewpub operations to support the workforce needs of Colorado's growing craft-beer industry."
On Dec. 5, 1933, Utah became the final state in a three quarters majority needed to ratify the 21st Amendment. Legal booze was back! The 21st amendment repealed the18th, which of course, called for prohibition of alcohol in the United States.
Until 2008, here in Colorado, if the date fell on a Sunday, you would not have been able to celebrate by buying booze. In April 2008, Colorado lawmakers passed legislation that eliminated the Sunday ban on liquor sales. The law became effective July 1, 2008.
Colorado, like many states, went dry before the 18th Amendment was ratified in 1919 and went into effect in 1920.
According to BeerHistory.com, an amazing 2,520 breweries were operating in the U.S. in 1879. New York City at that time supported 75 breweries. The nation's largest brewery, George Ehret's Hell Gate Brewery, sold only180,152 barrels that year and made only 1.5 percent of the country's beer.
Colorado excels in making beer. Today, according to figures for “permitted breweries” licensed by the federal Alcohol Tobacco Tax and Trade Bureau at the end of 2013, there were 217 breweries (56 new permits in 2013). Some think we are on track this year to hit 300 breweries in the state, by year's end.
Colorado ranks second at 11.7 gallons per year, per 21-year-old adult, for consumption and third for production at 1,413,232 barrels of craft beer, per stats from the Brewers Association, a national association for craft brewers.
The Beer Institute thinks the total economic impact of beer in this state is $14,787,474,200 and it supplies 58,360 industry-related jobs.
The first brewery in the state, Rocky Mountain in Denver, eventually became the Zang Brewing Company and was the largest brewery in the Rockies until prohibition. Only four survived the long dry spell between 1916 and 1934. Of those four, only Adolph Coors is around today in original form. Tivoli, from Denver, Walters from Pueblo, and Schneider, from Trinidad were all gone by the 1970s.
Tivoli was resurrected recently by a group of investors. "In 2012, a group of native Coloradans formed the Tivoli Distributing Company and Tivoli Beer was reborn. The first batch, a recreation of the historic Tivoli Beer recipe, entered the brew kettle on August 1, 2012. At this time, establishments in the Denver area began selling Tivoli Beer for the first time in over 43 years," says recent company literature. 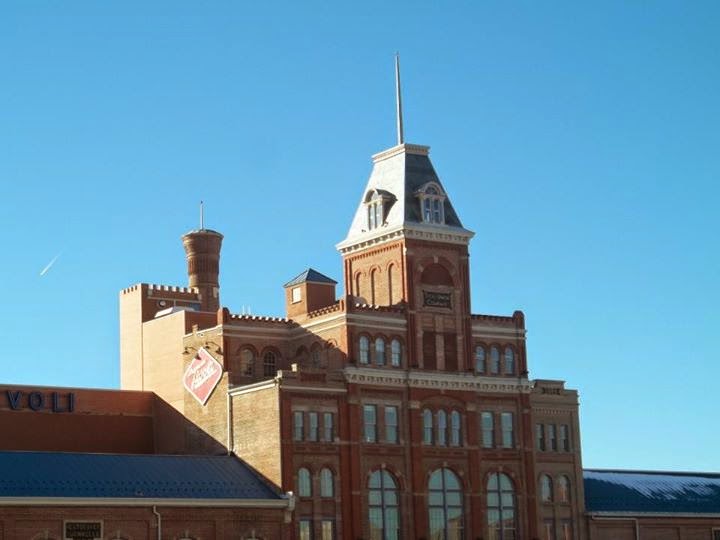 Locally, here in Teller County, we were a bit of a brewing destination at the turn of the last century. At that time, about 1900, Cripple Creek was the fourth largest town in the state. 32,000 people lived in the district and beer business was booming.
The city directory of 1900 listed 52 stockbrokers, 3 banks, 3 stock exchanges, 10 insurance representatives, 9 jewelers, 49 grocers, 68 saloons and numerous gambling halls and sporting establishments. In this case, you’re talking about the days of Coors as a microbrewer.
In fact, Adolph Coors owned a building in Cripple Creek at the time.
“German born, Coors has been accustomed to the European tradition of breweries owning local pubs to help distribute their product. Coors carried on that tradition in Colorado. As his brewery prospered, he purchased buildings to lease back to prospective saloon owners who, in turn, would sell beer in their establishments,” wrote Brian Levine in Cripple Creek, City of Influence.
The Coors building was at 241-243 E Bennett Avenue in Cripple Creek, and he leased the property back to Henry Bunte for his B. B. Saloon.
“Although Adolph Coors did not finance the original construction of this building, Coors purchased it from stock brokers William P. Bonbright and J. Arthur Connell a year after it was built (1896),” according to Levine. 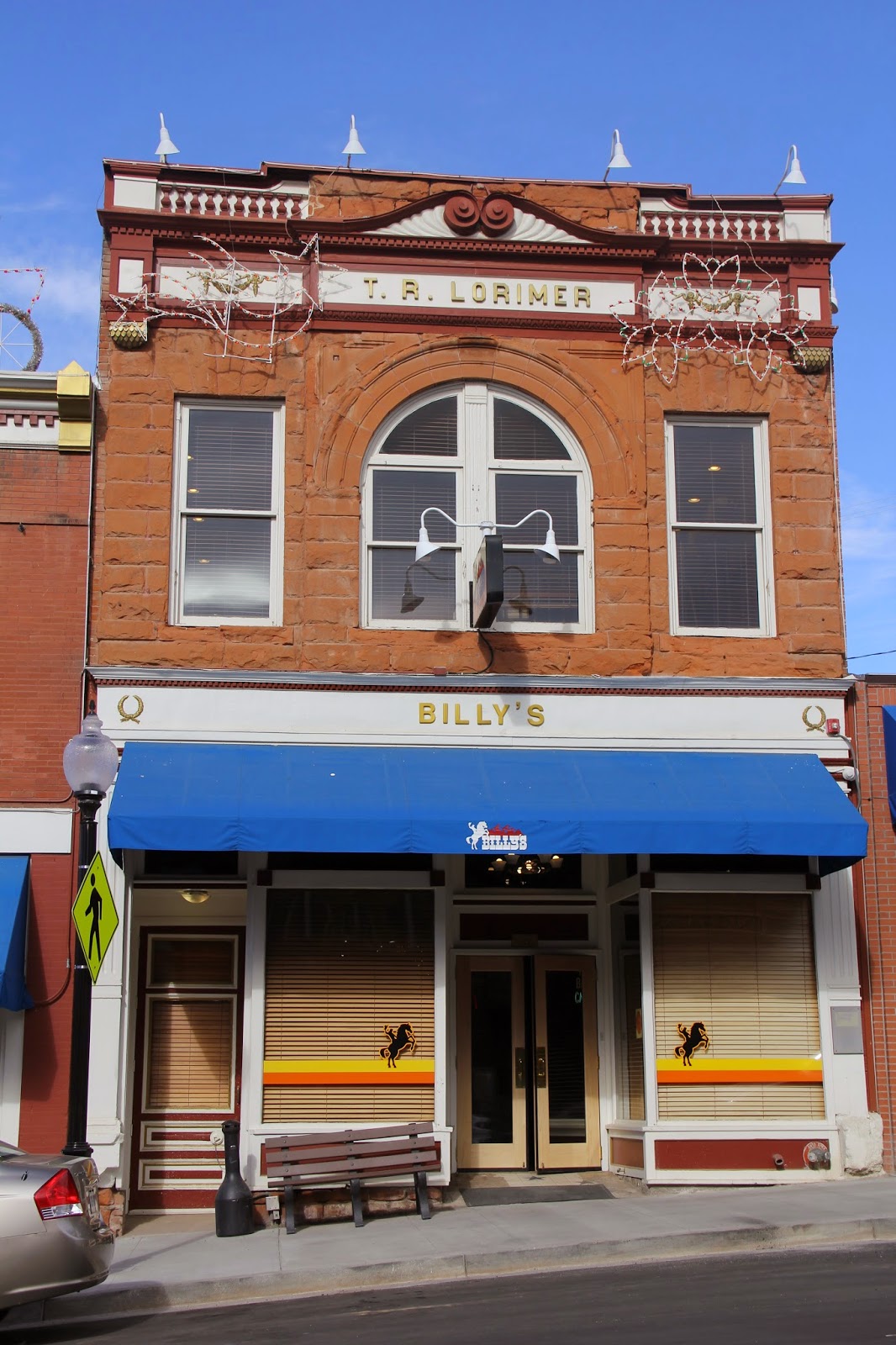 But it seems the most popular brew at the time, among the rising young stockbrokers, mining speculators and bankers, was the stuff served at the Denver Stock Exchange Saloon which is where Bronco Billy’s is today.
E. A. Asmussen, who was also a town trustee, was bartender, owner and when occasion called for it, bouncer. Asmussen contracted with well-known Denver brewers, the Zang Brewing Company and Rocky Mountain Brewery (owned by Zang).
Son of the founder, Phil Zang was the brewery manager for years after the English company Denver United Breweries purchased the company from his father Adolph in 1888. It became one of the largest breweries in the West.
“Adolph became interested in two of the district’s noted gold producers – the Anaconda and the Vindicator – and thus, became financially and politically involved in the Cripple Creek District. After the Anaconda and the Vindicator were absorbed by (A.E.) Carlton interests. Adolph Zang became a shareholder in The Golden Cycle Corporation,” wrote Levine.
Other beers served in the district might have included Tivoli Brewing Company or Union Brewing Company products, which were also two well-known Denver brewers that merged in 1901 (producing where the Auraria Student Union is today, in downtown Denver). In many locations, five-cent (nickel) draws were the going rate, except in the bordellos, where it was markedly more expensive.
If you had a taste for something stronger, of course that was readily available, often labeled affectionately and colorfully, ‘nose paint,’ ‘tonsil varnish,’ ‘tongue oil’ or ‘liquid muscle,’ in the vernacular of the period.
But a fellow didn’t have to drink alcohol exclusively.
The "black cow" or "root beer float" was created on August 19, 1893. Frank J. Wisner, owner of Cripple Creek Brewing in Colorado, served the first root beer float. Inspired by the moonlit view of snow-capped Cow Mountain, Mr. Wisner added a scoop of ice cream to his Myers Avenue Red root beer and began serving it as the "Black Cow Mountain." The name was later shortened to "black cow."
All this writing can make a fellow thirsty. Given my history, how about a local beer?


Photo 2: In the 1950s, the Tivoli brewery produced up to 150,000 barrels a year, sold from Wyoming to Texas, Missouri to California. It closed in 1969, after a downward spiral that began with the Platte River flooding in 1965, labor disputes, poor capitalization, etc... Now, of course, it is the Auroria Campus Student Union.

Photo 3: The Coors Building, as it was once known, was purchased by Adolf Coors to help distribute product in the Cripple Creek District.


Photo 4: Rooftops of the Adolph Coors Company, Coors residence and greenhouse echo the foothills in the distance, Golden, Colorado. sign in the foreground:"The Home of Coors Pure Malted Milk" is constructed of planted flowers. Coors was the world's largest producer of malted milk during the Prohibition era. Mount Zion with the Colorado School of Mines "M" is in the background. Photo taken by Rocky Mountain Photo Company in 1928.

Photo 5: Colorado City before the 18th Amendment. View of two-story businesses, shows a barber pole and lettering on signs: "Hoffman cafe, Baths, N.B. Hawes". Colorado City was annexed by Colorado Springs in 1917, but until then was a drinkers alternative to its dry neighbor. Hoffman's was an active bar from 1888 to 1913. Photo by H.W. Poley. 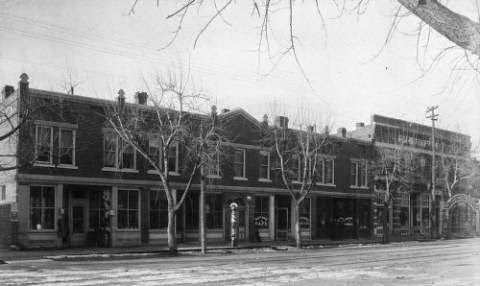 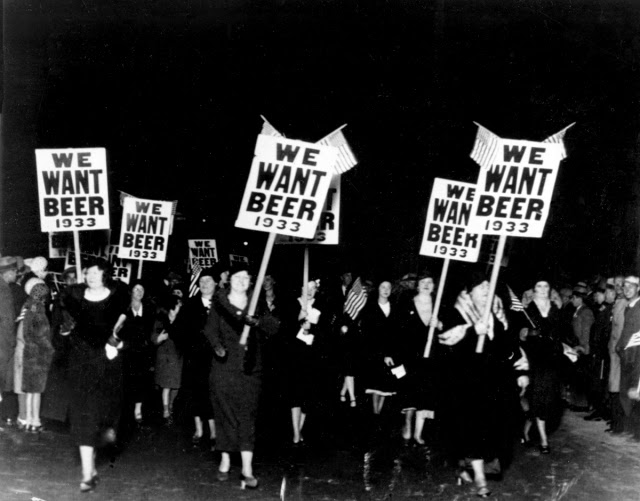