Pushing 135, and still up for the challenges 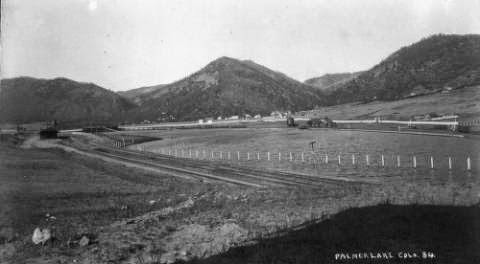 Join in praise of the town's spirit at the milestone

A hundred and thirty-some years seems like a long, long time.
When the town of Palmer Lake was incorporated in 1889, and its first mayor, Dr. William Finley Thompson, was elected that April,  Benjamin Harrison had just replaced Grover Cleveland as U.S. President. The Wall Street Journal had just started publishing. Coca Cola was incorporated, and the Brassiere was invented, that same year.
Thompson served only one year before feeling the financial strain of building The Rockland Hotel, which was completed in 1890, and left for Mexico.
In the coming years, the town watched the rise and fall of the Rocky Mountain Chautauqua movement, the emergence of recreation community of Pine Crest, the creation of the Little Log Church in the 1920s, the inception of the Yule Log tradition in 1934, and at about the same time, came the idea for creating the 500 foot star of Palmer Lake that was built in 1935 and enhanced in successive years.
At the celebration of Palmer Lake's Centennial in 1989, then President George Bush noted, "As you well know, Palmer Lake is more than a collection of buildings, it is more than a place on the map. From its earliest days, it has nurtured the lives and accomplishments of countless individuals — individuals united through years by a common love for the place they call home.  That deep sense of community, of responsibility toward one's neighbor and the common good, resonates through all cities and towns across America. This milestone gives you a splendid  opportunity to reaffirm that community spirit, taking just pride in the past and rededicating yourselves to the promise of a bright future."
Then Colorado Governor Roy Romer also joined in praise of the town's spirit at the milestone.
"Palmer Lake's history is characteristic of the rich heritage that makes Colorado a great state. Colorado appreciates the spirit of community and the American values that you aim to preserve," Romer wrote.
It really is the spirit of notable figures like Lucretia Vaile, who visited here every summer with her family as child from Denver, and in the 1950s built a modern home, only to donate it, and much of the rest of her estate, later to the town.
Grace Best had that spirit as well, when she help arrange for additional funding, and made it possible to build the library and museum.
The same spirit held for people like Charles Orr, who was affectionately known as "Mr. Palmer Lake" and had lived there for more than 50 years until his death at 101 years in April of 1988. He was a 1908 graduate of Colorado College and had piloted "Jennies" during World War 1.
Elenor Romack had the spirit, living there in Palmer Lake all her life at the time of the Centennial, and remembering the days of only a few cars, with one resident owning a Stanley Steamer that had to be backed up hills to get enough power to get it going. She also remember how the place grew, first a one-room school, doubled to two.
"There were four pupils per grade, and everyone in town knew each other," Romack recalled in the late 1980s.
Challenges have come and gone over the years. Often they were dealt with directly, deftly handled and the community moved on to new challenges.
There in lies the lesson, I think, for future challenges.
A hundred and thirty-some years seems like a long, long time.