Taking care of business with a button 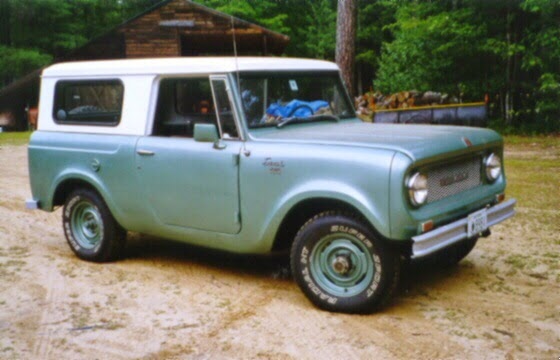 “Computers are useless. They can only give you answers.”
― Pablo Picasso

Merton believed in technology, he just didn't like to deal with it.

Years ago, you couldn't talk to Merton Taylor on Monday afternoons.
He would hole himself up, back at the check-in stand, working on an order for Amarillo Hardware's truck coming in on Thursdays. Mostly, he would cuss the state of the nation, slur half the people in that nation, and then start in on the other half.
But the biggest problem with the world at that time, according to him, was technology.
Having experienced the turmoil he went through dealing with a microfiche reader, I can't imagine what kind of cussing would have went on — if he had to deal with the Internet.
Merton believed in technology. He just didn't like to deal with it.
Those were different days.
The Post Office and the Bank were on opposing corners of the center block of Sixth Street, and business was still a face-to-face affair in our little town. Every day, at 11 a.m. and 4:30 p.m., the entire population would converge between the two landmarks and do that business.
Though, Merton often sent a 'red dog' representative to conduct his.
Which means, one of his Irish Setters took the bank bag down and dropped it off with a teller, (slobber and all) with someone following to take care of the paper work.
But, back to the technology.
World War II was the last time any of this technology crap made sense, he said.
And to prove it, he would have you mark every one of any of the 40,000 common retail hardware items in Taylor Hardware, via black or red grease pencil, with his own secret cost code, that took employees about seven years to learn how to read.
That code had all kinds of blind alleys and blocks, repeaters and switches in it. It was similar to the one he used during the war, in the Philippines.
When I first worked there, the Amarillo Hardware salesman, carrying two leather-bound, foot-thick, catalogs (one in each hand suspended by tooled leather handles) into the store once a month, to take care of "problems."
Seems like there was always a "problem" or two to resolve.
The rest of the time, (weeks without a salesman) on Monday, Merton, after gathering up the seven or eight 'Want Books' off of counters throughout the store, creating a list, then would painstakingly look up and transpose numbers out of the microfiche cards.
Which was all well and good, as long as the 'fiche bulb didn't burn out. Or, the numbers matched up, or the quantities were acceptable, or the illustration correctly identified an item. All of whch, almost never happened.
But at least, at the end of the day, all five of the red dogs, and grey one, or perhaps a black one, would lumber out the side door after 5:30 p.m., load up in the old International Scout, frailest to most agile by order, and head home at the end of the day.
Ready to come back and do the same thing tomorrow.
Still, it is sort of like that today, with the use of computers, the Internet, and all business taken care of with a button. Maybe we haven't learned a thing in 40 years.
It is in this environment that I've have heard the common discussion among writers, and customers, sources, and co-workers, etc... the common discussion that goes something like this.
"You can't talk to Rob Carrigan on Monday afternoons. He'll cuss the state of the nation, slur half the people in that nation ... then start in on the other half.
The biggest problem in the world today is technology.
I have the answers.  What we really need ...  the questions.

Thanks for keeping Merton's life a memory for all of us. He was such an ornery old cuss with a heart of gold. He was good to us kids.