Beacon tower blown to bits after move from Monument 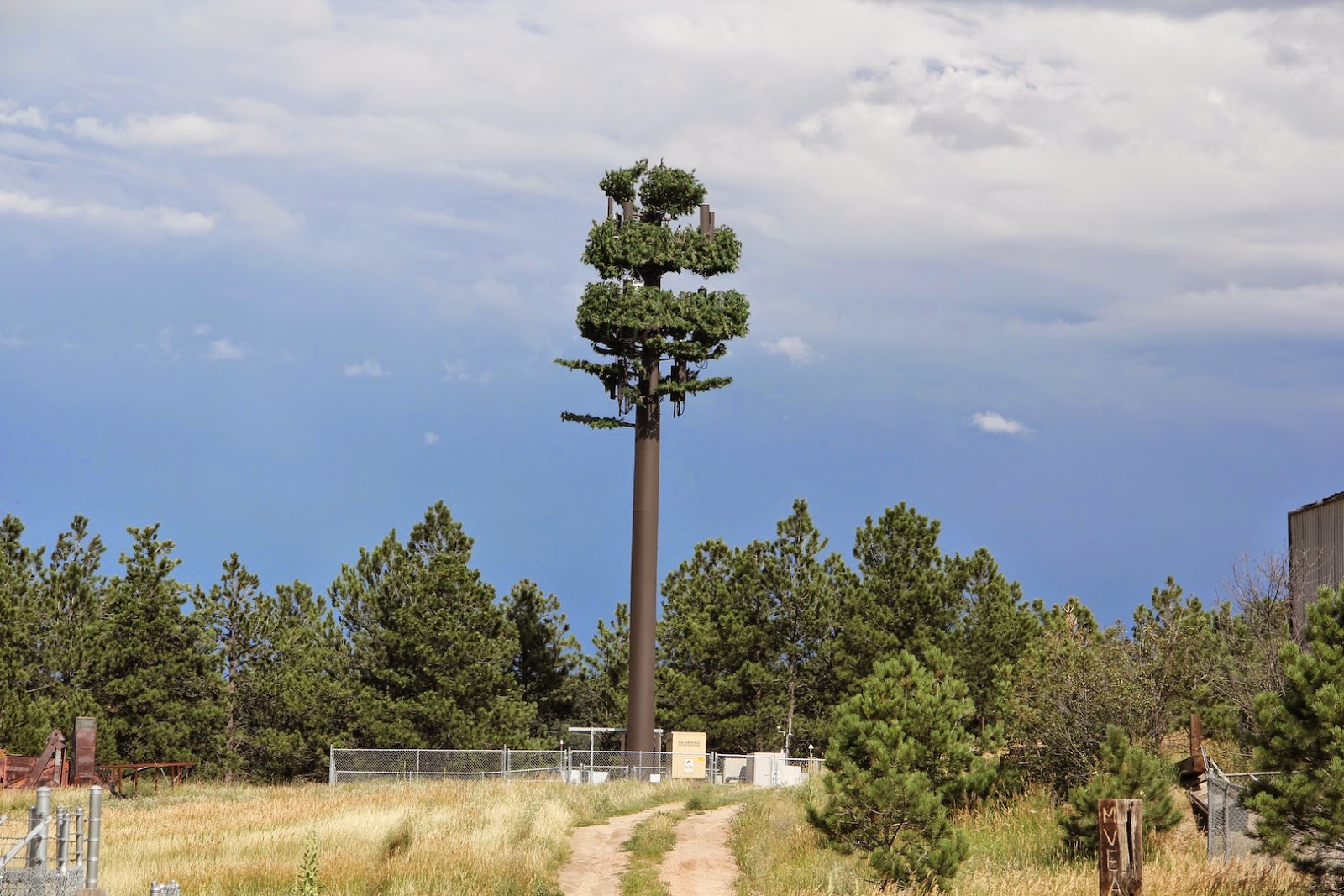 You don’t miss something until it is gone

It is often true that you don’t miss something until it is gone. Sometimes you don’t even miss it then. That may be the case with the beacon light, of Beacon Lite Road fame, here in Monument.
Many years ago, I received fascinating copies of undated newspaper photos about the Beacon from reader Marianne Zagorski of Palmer Lake, and ever since that time I have been trying to nail down additional details and information.
Zagorski, who lived in Palmer Lake since the 1960s, said at the time, she thought the tower was taken down in the early 1980s.
“As you’re coming up a long upslope on I-25 from Greenland, look for the beacon light on the right. Turn before you go west to Palmer Lake,” was directions she provided me but I have heard from other sources that it was roughly near where the two existing cell towers are today.
The captions from the photos were the attention getters.
“Aviation hazard – Two members of “C” Company, 4th Engineer Battalion from Fort Carson prepare to demolish a 110 foot tower Wednesday by climbing its base and planting explosive charges. The structure, considered a hazard to aviation, was destroyed as part of a military exercise,” read the cutline that apparently appeared in the Gazette Telegraph, crediting John Morgan with taking the photo.
“Going, going, gone. A little plastic explosive went a long way as a 110-foot tower was demolished in an exercise at Fort Carson. The tower was obtained in Monument and reassembled for a film by the British Broadcasting Company in April. With the film completed, the tower was no longer needed, so members of the 4th Engineer battalion ‘disassembled’ it in their own inimitable way,” read additional caption that appeared on a different page.
“By then we lived opposite the beacon and were disappointed and insulted by this use of it. Such a waste,” noted Zagorski.
Longtime area resident Dorothy Sibell recalled that the tower was removed using a helicopter but was at a loss to give a definitive date. Others recalled it was originally used as a marker to help locate an early airstrip in the area.
A few weeks ago, I stumbled on to this article in the June 12, 1980, Tribune under the headline "Beacon Tower to Be in a Movie."
Bill Kezziah was owner and editor of the paper then.
"It used to be a beacon, lighting the way for planes that flew down the Front Range from Denver to Colorado Springs during World War II. But now the beacon that sat atop and 80-foot tower on Monument Hill is no more. It has won fame of a different sort and with an ironic twist," said the article.
The tower was used in a movie the British Broadcasting Company was making of the well-known physicist J. Robert Oppenheimer.
"Some of the filming was made at Ft. Carson where the tower was moved and where it apparently will stay," the 1980 report said.
"The twist is that during the war, the tower and the beacon was a light to keep airmen from straying too close to the Front Range. But in the movie, the tower is the prop for the test of the atomic bomb. "
Jeff Tarbert, general manager of the Colorado Springs cable vision company that sold the Monument Hill tower to the movie makers is quoted at the time, "In fact, the tower is an almost exact replica of the actual test tower, although it is a little shorter."
The cable company purchased the land and the tower from Scott Ferguson in hopes of using it in the cable operation.
"Technical problems prevented its use for that, so when the broadcast company was casting around for a tower to be in the movie, a deal was struck."
According to the 1980 article, the movie production company was seeking buildings and other equipment to duplicate the Alamogordo, New Mexico site where Oppenheimer and the other scientists carried out their experiments. They found similar buildings at Ft. Carson.
"The production crew has moved from Ft. Carson, but an Army spokesman said the movie company donated the tower to Ft. Carson to be used as an observation spire."
Long-time Monument historian Lucille Lavelett noted the historical tie to the community in 1980 article, as the source for naming Beacon Lite Road, and recalled the name being changed in the early 1950s.


Top photo: The original beacon light was nearby where this cell tower stands today.

Bottom photo: Actually two towers, semi-disguised as tall pine trees, top Monument Hill and can be seen from the road. 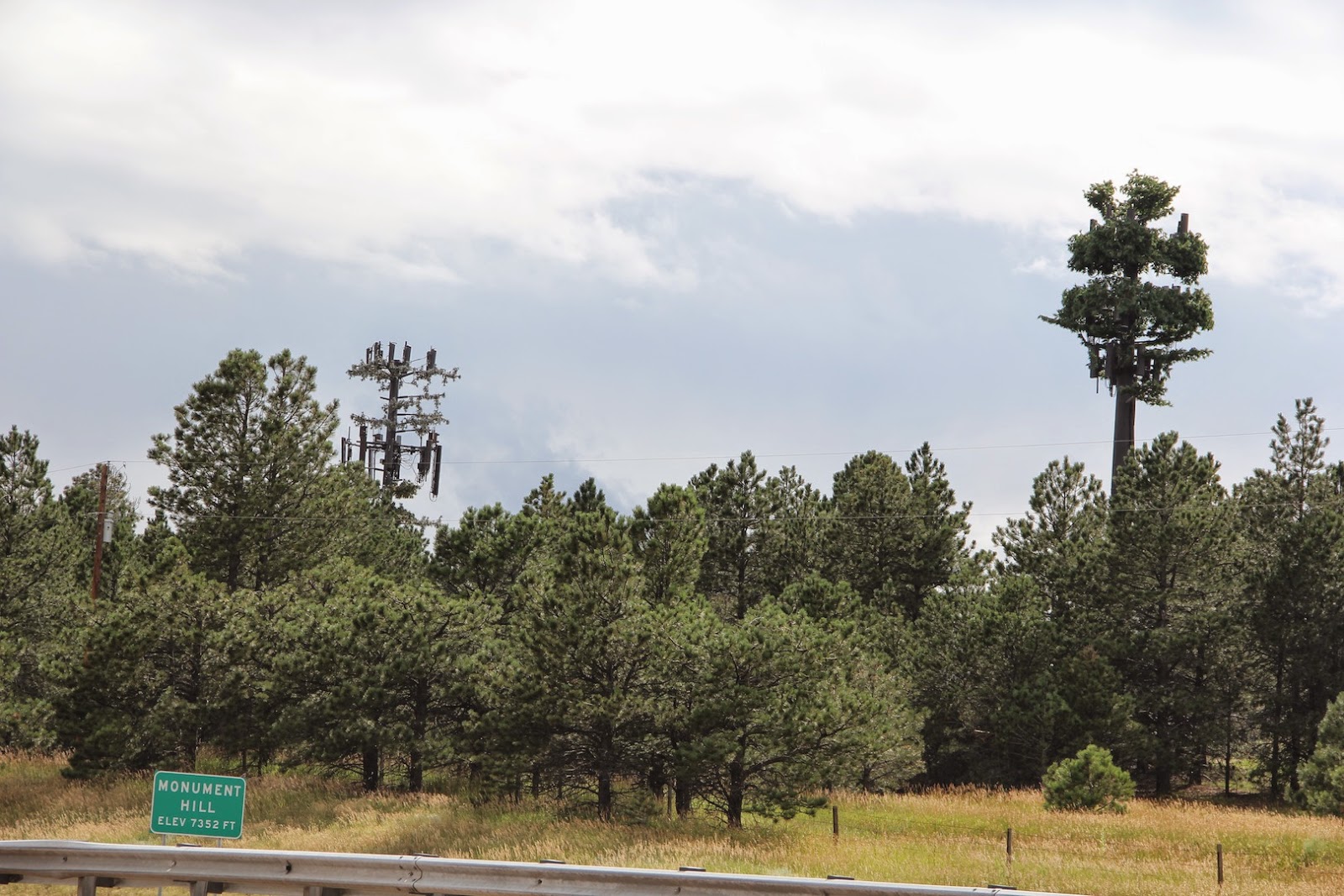